When attempting to answer questions such as what proportion of our nation's juvenile population will be taken into custody of state juvenile corrections systems or how does the probability of those same juveniles differ for males and females and for different ethnic and racial groups, a measure of "prevalence" must be applied. Prevalence refers to the estimated proportion of the at-risk population of juveniles based on several age, race, and sex population subgroups, who are likely to be committed to the custody of state juvenile corrections systems by age 18. Until recently, there was no national data reporting system that recorded on an individual basis, the number and characteristics of youth admitted to juvenile corrections facilities. With the newly implemented State Juvenile Corrections System Reporting Program, we can now generate estimates of prevalence rates for state custody. These results clearly indicate that the problem of minority over-representation in our juvenile custody population is much greater than previously thought and intensifies the already urgent need to comprehend the problem and address this apparent disparity. 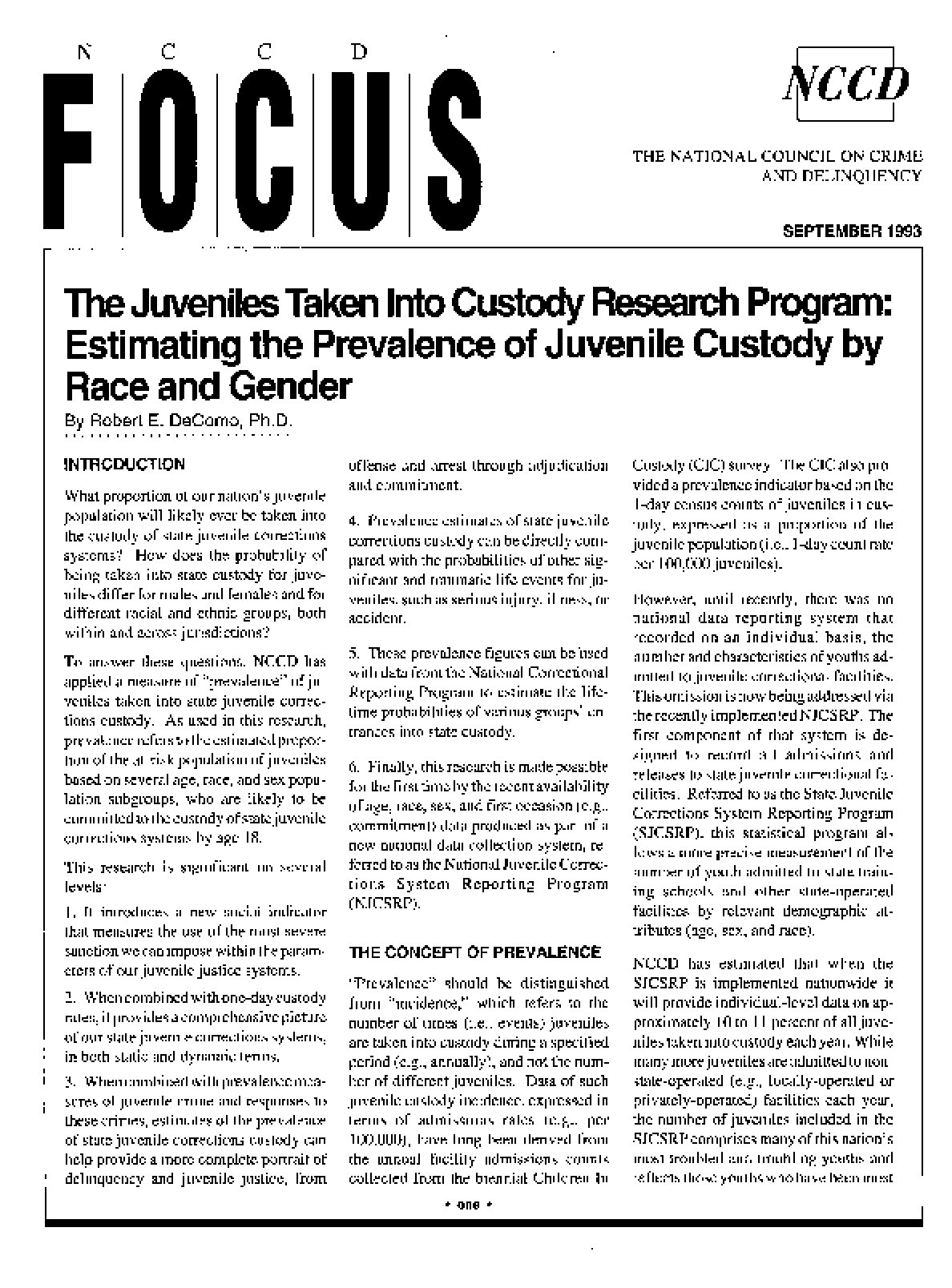