Keep the Kids Inside? Juvenile Curfews and Urban Gun Violence

Gun violence is a chronic problem in the United States. Nationally in 2012, 11,622 people were killed by assault with a firearm. Many more people are injured by guns each year: in 2011, 693,000 individuals were treated in emergency rooms for injuries due to assaults by firearms and similar mechanisms. Gun violence takes a particularly large toll on young people: according to the Centers for Disease Control and Prevention (CDC), homicide accounted for 18 percent of deaths for males aged 15-19 and 20-24 — more than for any other age group. For black males, homicide is the leading cause of death for those age groups, explaining 48 percent and 50 percent of deaths, respectively. The vast majority of these are gun-related homicides. 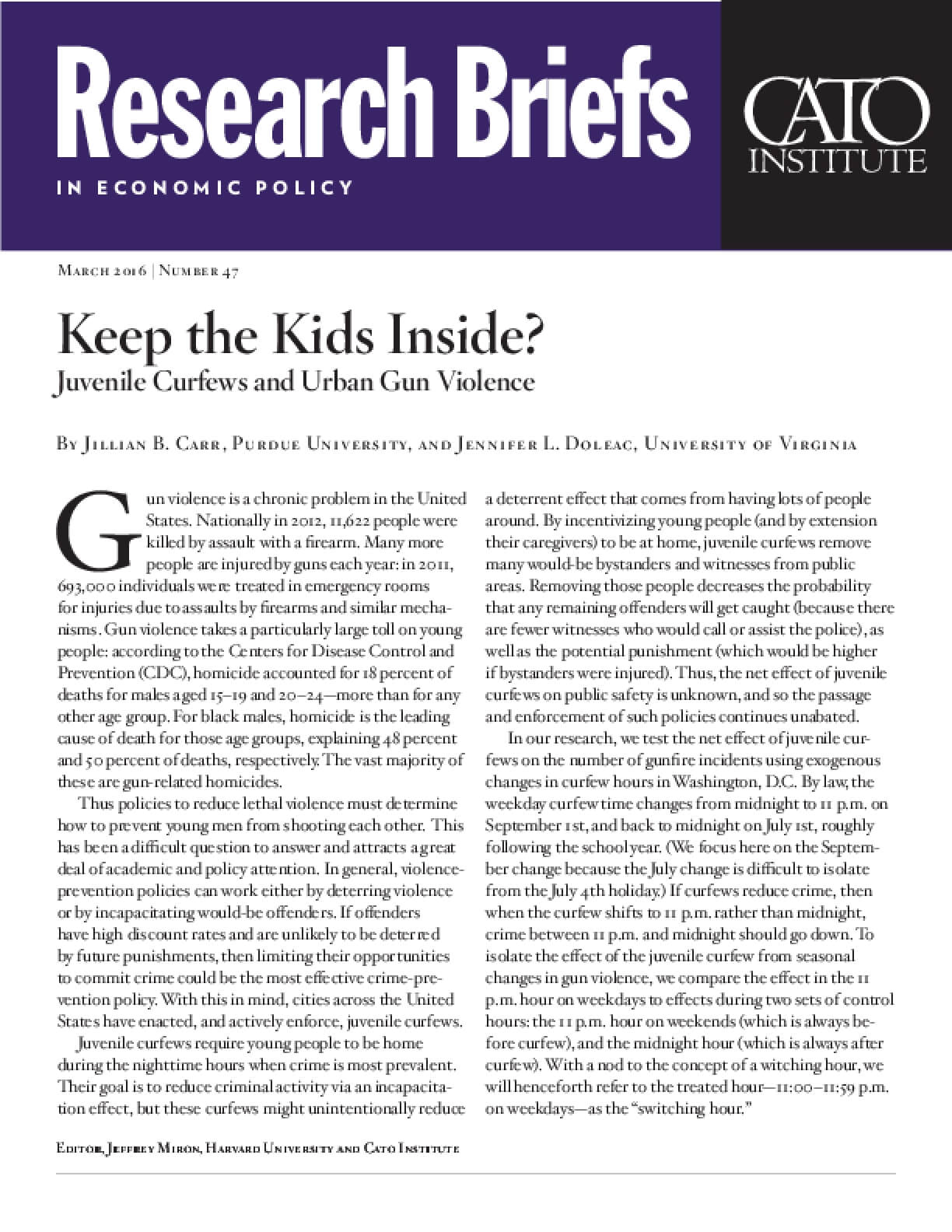