Keeping the Lights On in Rebel Idlib: Local Governance, Services, and the Competition for Legitimacy among Islamist Armed Groups

In Syria's rebel-held Idlib province, residents have established local governance bodies that provide needed services and simultaneously pose a political challenge to the regime of Bashar al-Assad. No overarching authority has replaced the state after it was forced from Idlib. Islamist and jihadist armed groups hold power at the local level, and have developed relatively sophisticated service coordination bodies. Yet ultimate decision-making power has typically sat with donor organizations outside the country. Localism and wartime conditions have also frustrated attempts to unify and rationalize service and governance in Idlib. Syrian rebels wanted Idlib to demonstrate an alternative to Assad's rule, but their efforts have been stymied by internal rivalries and problematic relationships between local rebel administrators inside Syria and international sponsors abroad. Idlib's trajectory mirrors the wider dynamics of Syria's war and fragmented opposition.

This report is based on more than two dozen interviews conducted in person in Turkey and over WhatsApp with Syrians inside Idlib in May, July, August, September, and October 2016, as well as a review of relevant Syrian press and social media. Interviewees included Western development workers and Syrian activists, rebels, humanitarian workers, and officials involved in local governance and service provision. Restrictive border measures taken by the Turkish government and the security situation inside Idlib mean that access to Idlib is limited. Dangers include aerial bombing, but also the threat of kidnapping by entrepreneurial criminals and some of the groups referenced in this report. With some exceptions, independent Western researchers and journalists can no longer safely work inside Idlib province. This report instead relies on interviews conducted remotely, including with local council officials contacted through their councils' Facebook pages, or through in-person meetings in neighboring Turkey. This report aims to be transparent about its sources and methods, and its assertions should be considered in light of the limitations on qualitative research inside Idlib and the rest of northern Syria. 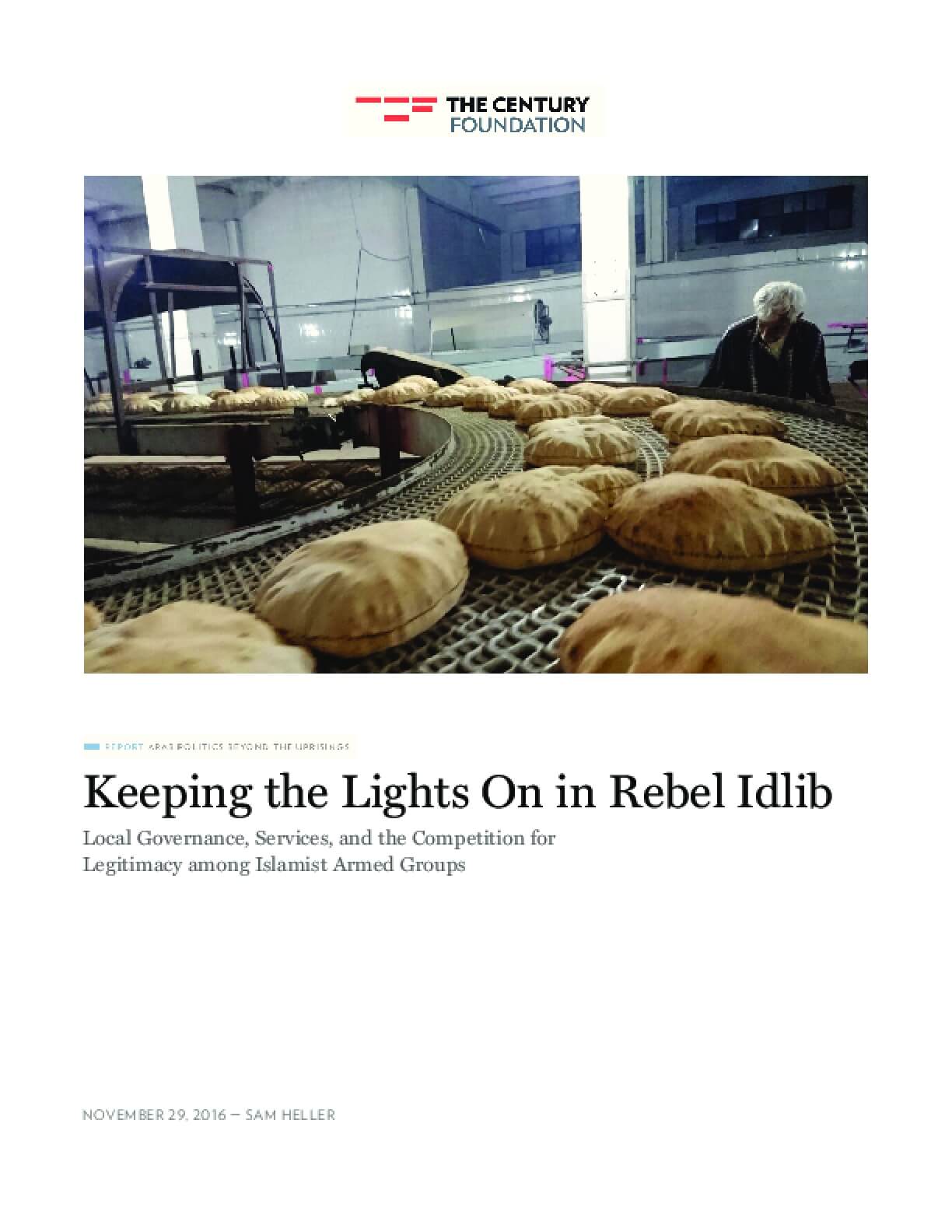