The Commission on Revenue Allocation was established in December 2010 under Article 216 of the Constitution. Its principal function is to make recommendations on the basis of equitable sharing of revenue raised nationally between the national and county governments, and, among the county governments. Reliable statistical data are key to the Commission's functions and is vital for policy formulation and analysis. This edition provides an update of the sumary data and also introduces new data such as (i) HIV data under the health outcomes, (ii) the 1999 population, and (iii) county poplulation growth rate for the period 1999 to 2009. At a glance, the Fact Sheets provide important yet simplified data for each county on: population, health, education and infrastructure. No other single book has ever attempted to provide county-specific data in such a manner. The data on each of the 47 counties is useful to many stakeholders, including; national and county government political leadership, the executive and other policy makers. It will be useful to development partners, academic institutions and the public service in both national and county governments. The book is part of a series of publications which have been launched by the Commission to provide data that will inform policy formulation and planning under Kenya's new system of devolved government. 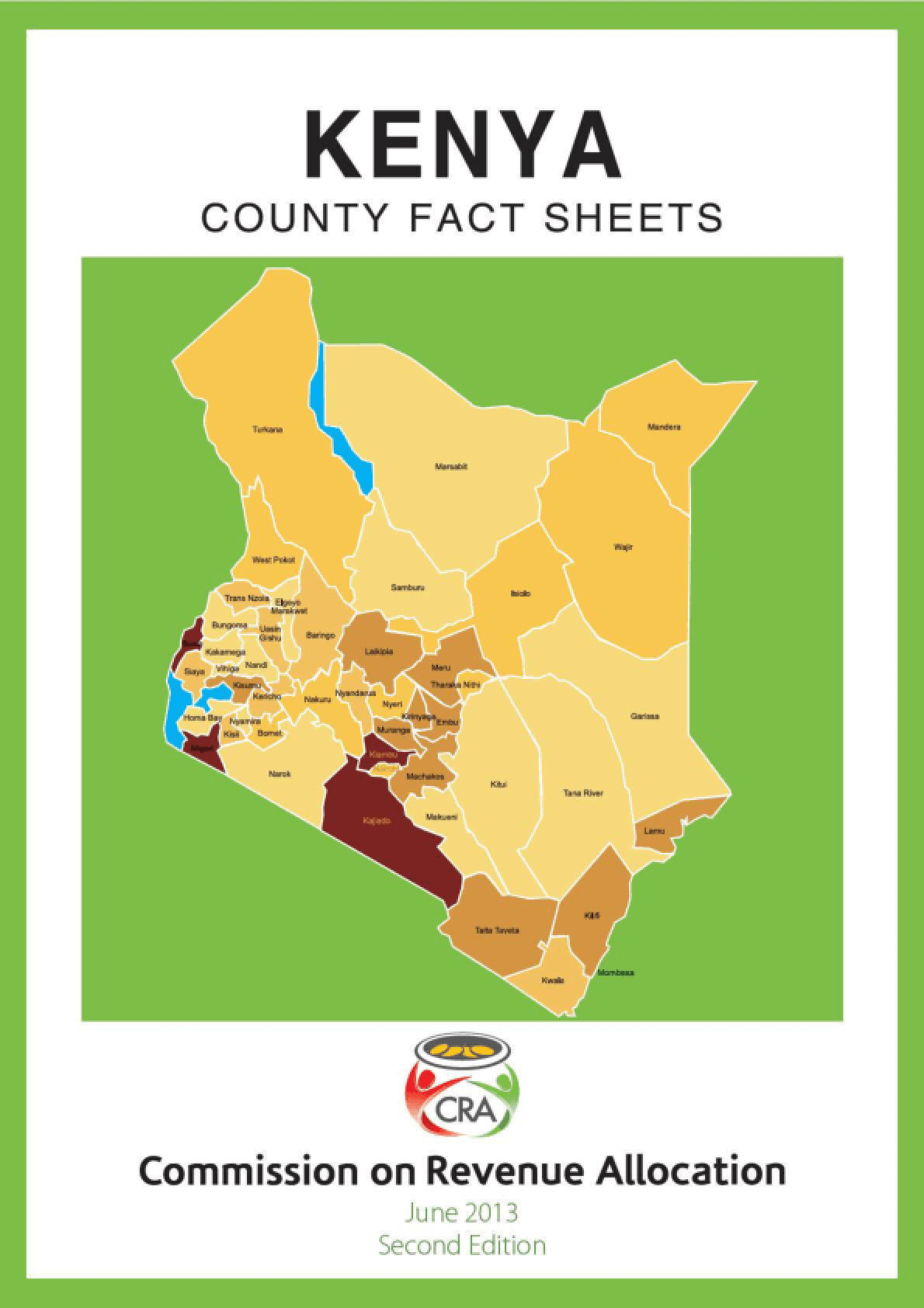