Since 2000, foundations in the Bay Area reported faster growth in total giving and assets compared to California and U.S. foundations overall. These grantmakers awarded $3.1 billion in 2009, a 77% increase over 2000, and their assets rose 34% during the same ten years, despite a steep decline in 2008. Key Facts on Bay Area Foundations examines the assets and giving of 2,498 private and community foundations in the Bay Area and provides lists of top foundations and snapshot views of their giving patterns by major subject and support type. 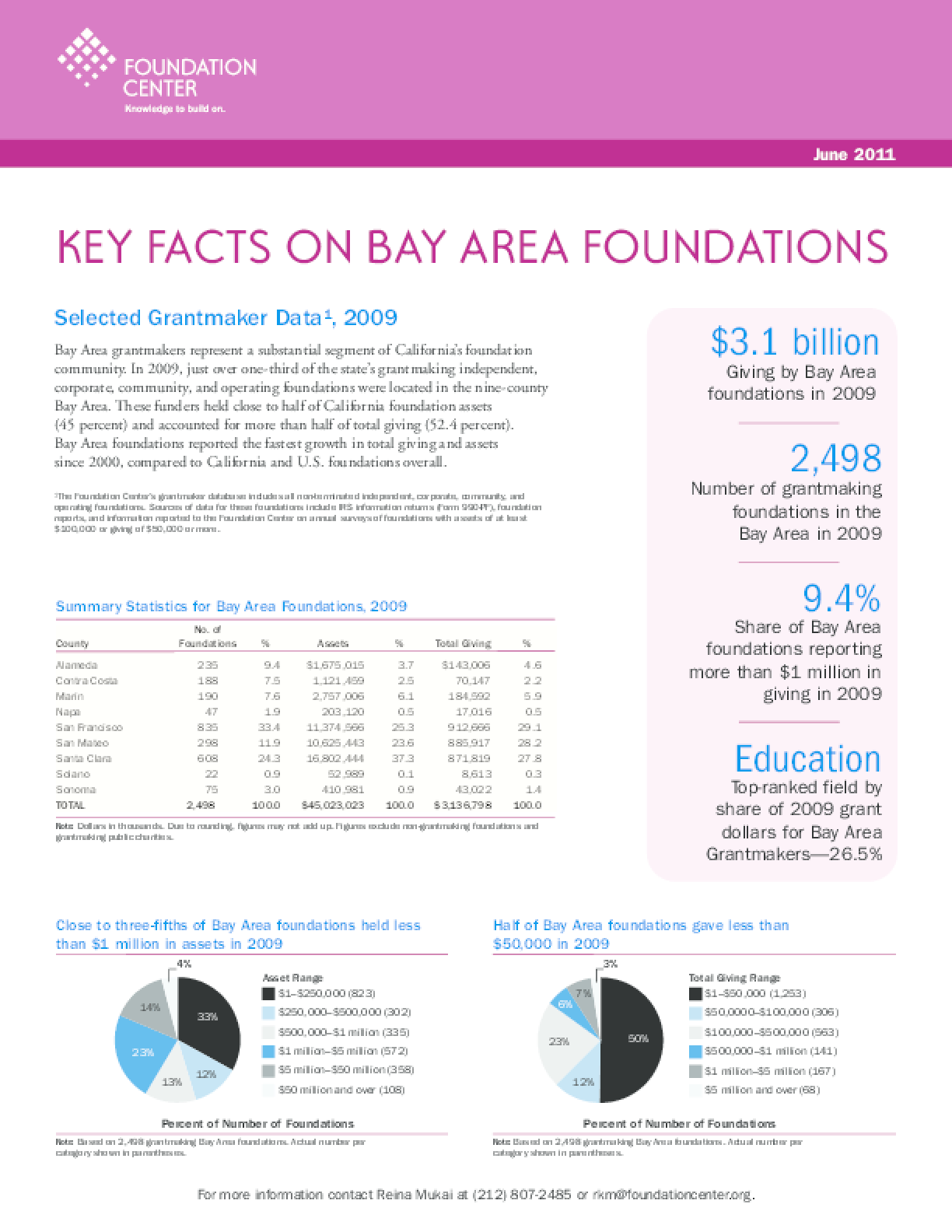