Community foundations constitute just 1 percent of all U.S. grantmaking foundations but account for roughly 10 percent of giving. In 2005, their estimated giving rose 10.9 percent—roughly twice as fast as independent and corporate foundations—to a record $3.2 billion. Double-digit asset gains in 2003 and 2004, increases in the level of new gifts into foundations, and exceptional disbursements from donor-advised funds all contributed to this growth. Relative to other types of foundations, community foundations benefited from having a broad pool of individual donors who can respond quickly to economic upturns and also balance out those that have reduced giving. Donor-advised funds maintained by community foundations may also represent a more attractive option to donors than setting up an independent foundation, given unpredictable market returns in recent years. 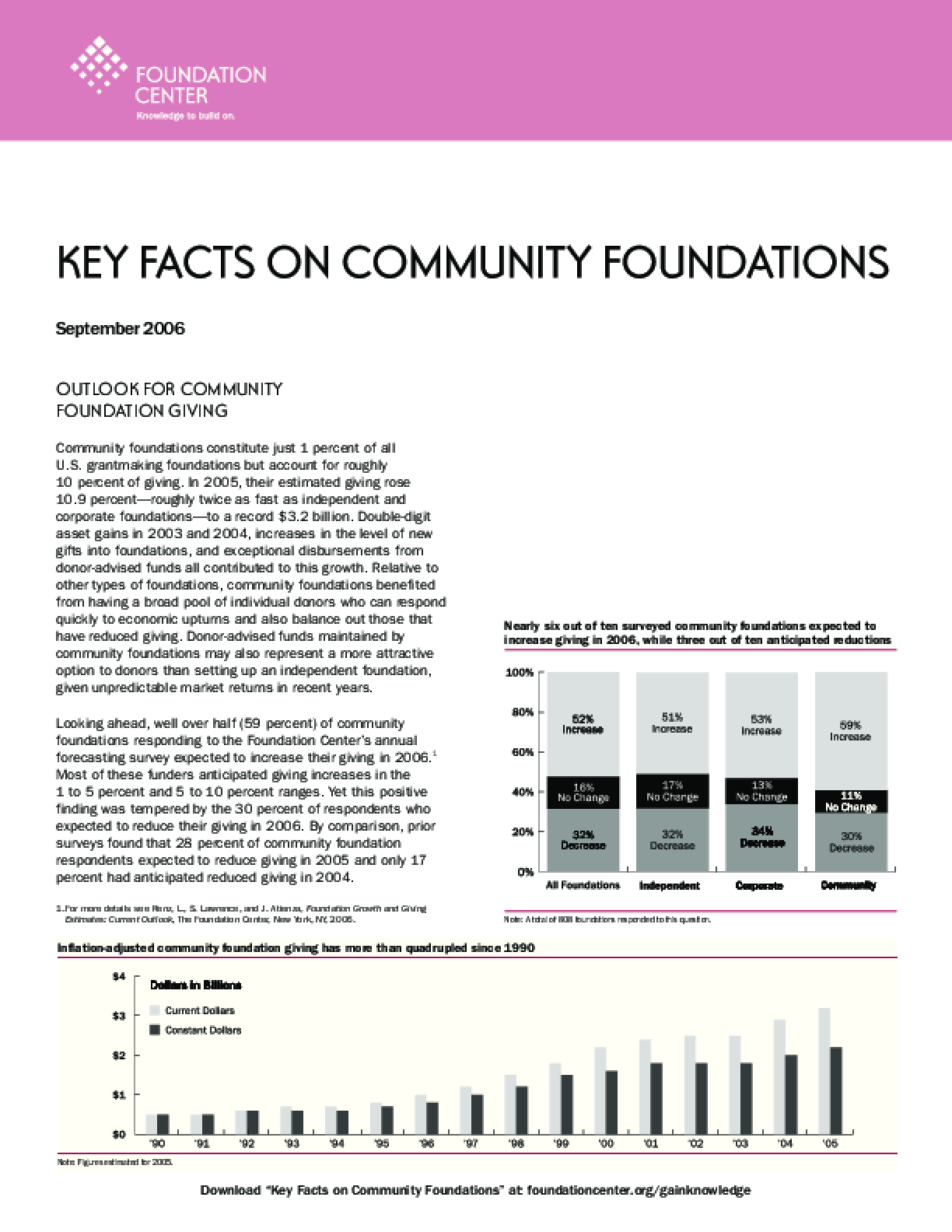