Giving by the nation's nearly 2,600 grantmaking corporate foundations grew an estimated 5.8 percent in 2005 to a record $3.6 billion. This followed a 1 percent dip in funding in 2004. Gains in the value of existing corporate foundation assets, increases in the level of new gifts into foundations, and exceptional giving in response to the South Asian tsunami and Gulf Coast hurricanes all contributed to this growth. Conversely, the loss of some corporate foundation giving in the wake of corporate mergers modestly diminished the overall increase. 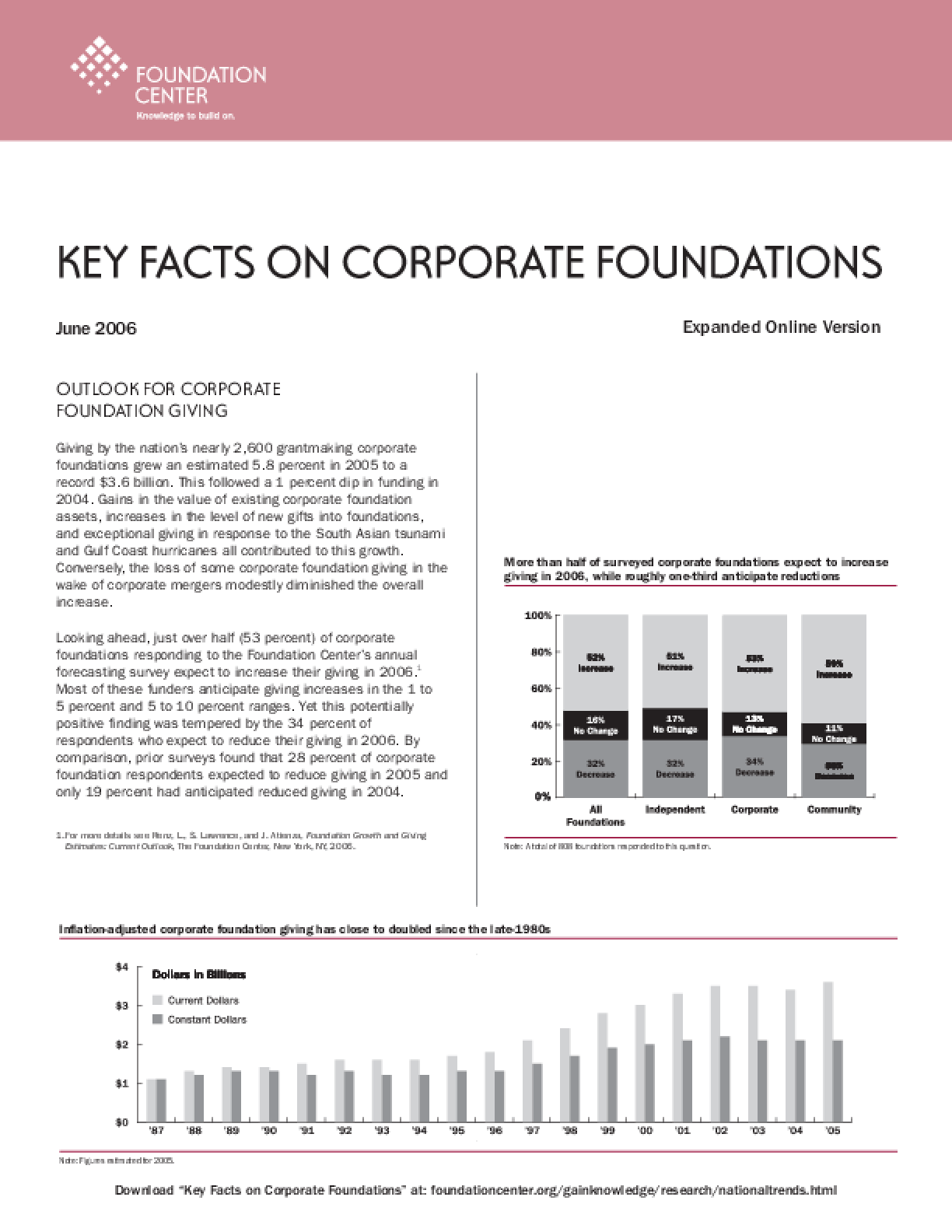