Corporate foundations reduced their giving by an estimated 3.3 percent in 2009--a much smaller decline than those reported for independent and community foundations. Grant dollars slipped to $4.4 billion, falling below the record $4.6 billion posted in 2008 but matching the level of corporate foundation giving reported in 2007. The relatively less severe reduction in giving reported by corporate foundations may come as a surprise given both the across-the-board reductions in corporate earnings and the large share of giving--typically about one-quarter--historically accounted for by foundations established by companies in the banking and finance sector. This finding suggests that, as with other types of foundations, corporate foundations were also making exceptional efforts to minimize reductions in giving during the economic crisis, despite the need to cut expenses as profits slumped. It may also reflect in part the surprisingly rapid return to profitability of several major firms in the banking and finance industry. Looking ahead, three out of five (60 percent) corporate foundations responding to the Foundation Center's annual forecasting survey expect to either increase or maintain their giving in 2010. 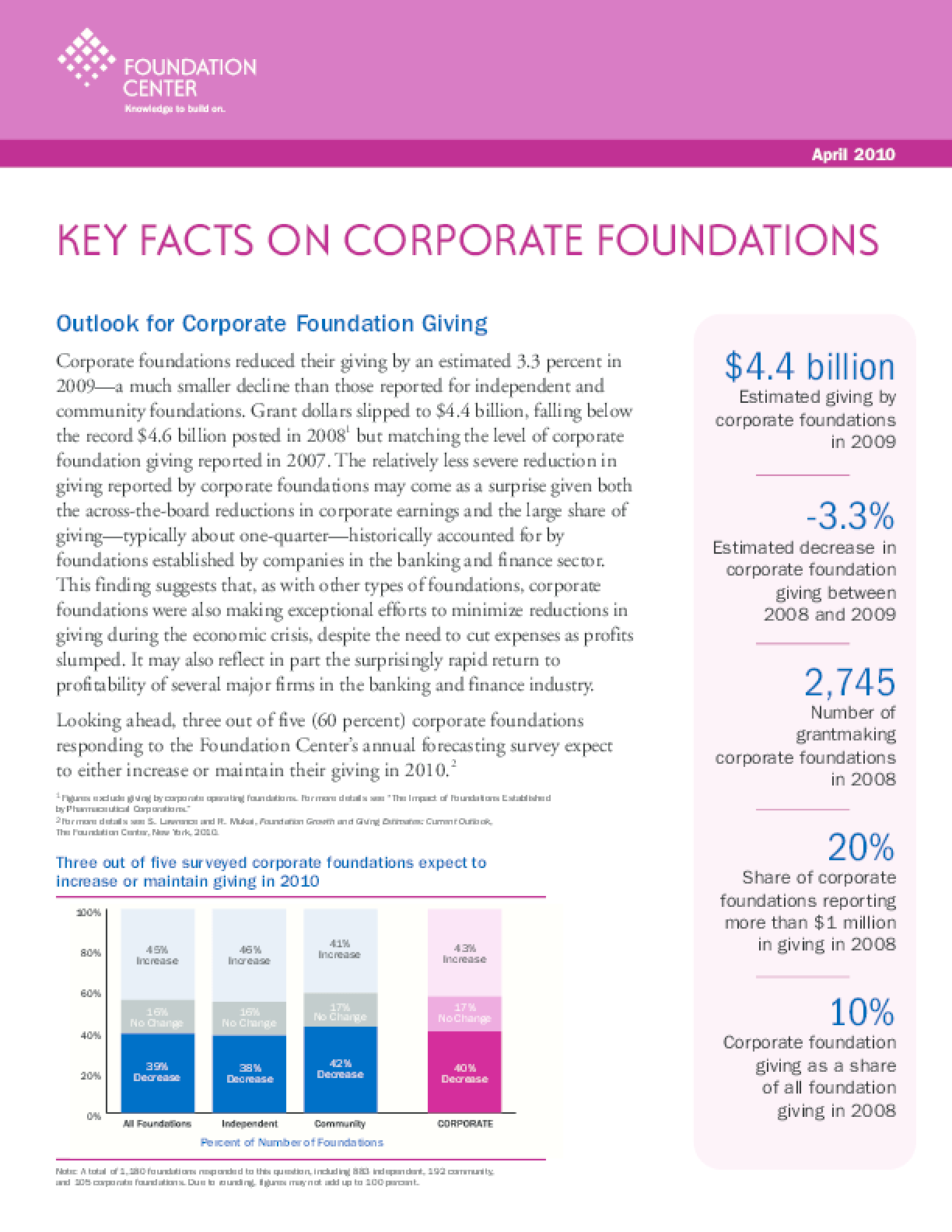