In 2003, there were 1,276 grantmaking independent, corporate, community, and operating foundations headquartered in Georgia, an increase of 40.8 percent over 1998, keeping pace with the 41.8 percent rise in the number of U.S. foundations during this period. Giving by Georgia foundations grew at a slower pace than foundation funding overall—30.9 percent versus 55.8 percent, respectively. While most of Georgia's foundations are small, the top ten by total giving provided 51.4 percent of support, and the top ten by assets accounted for 55.2 percent of resources. 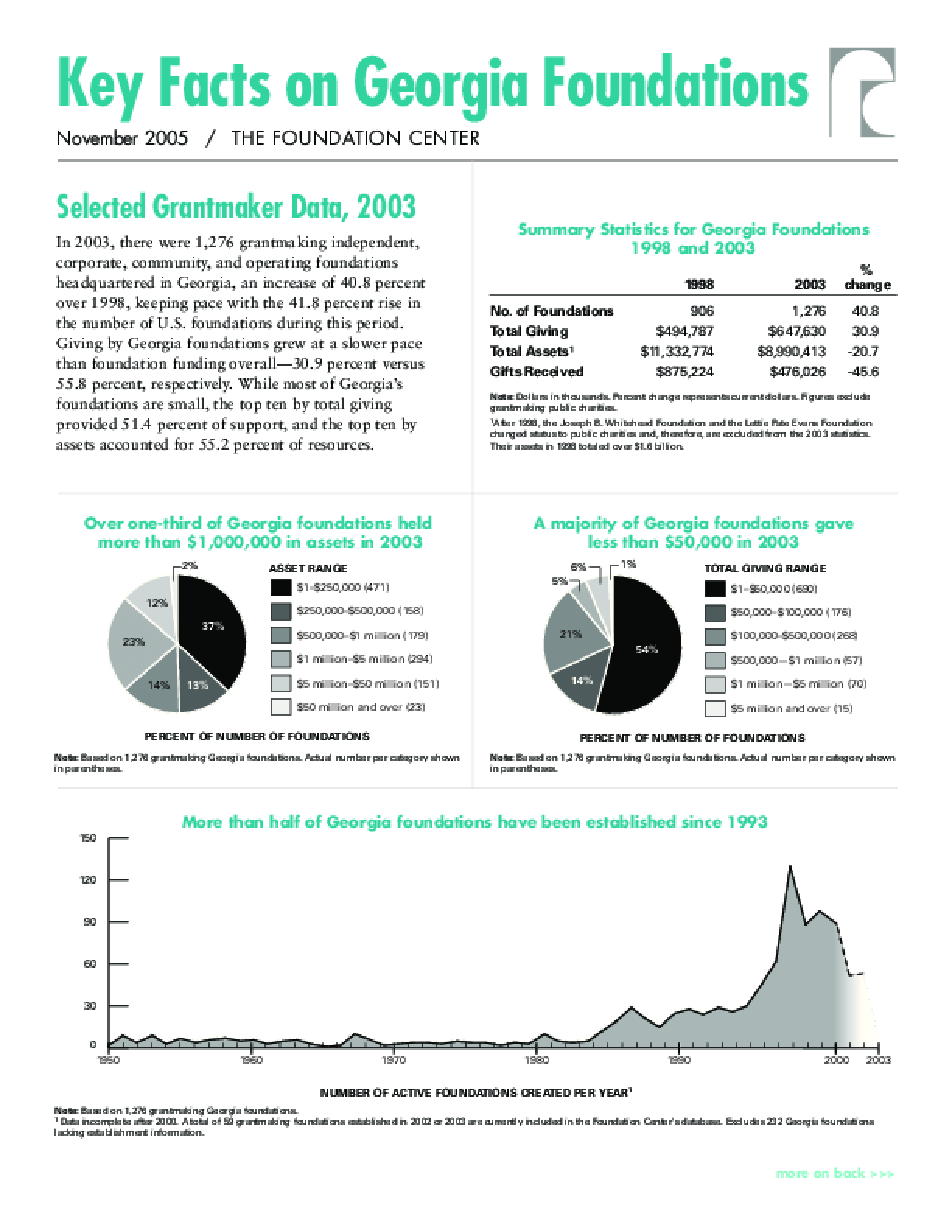