In 2010, the number of grantmaking independent, corporate, community, and operating foundations in Georgia declined 1.5 percent to 1,433. This was the second straight year the number of active foundations decreased since reaching a high of 1,501 prior to the onset of the recent economic crisis. Unlike the previous year, giving also shrank to pre-2008 levels, falling from $874 million in 2009 to $778 million in 2010. Assets for Georgia foundations, however, increased 8.1 percent between 2009 and 2010 to $11.8 billion. This suggests that Georgia foundation giving may have stabilized or even begun to rebound in 2011. 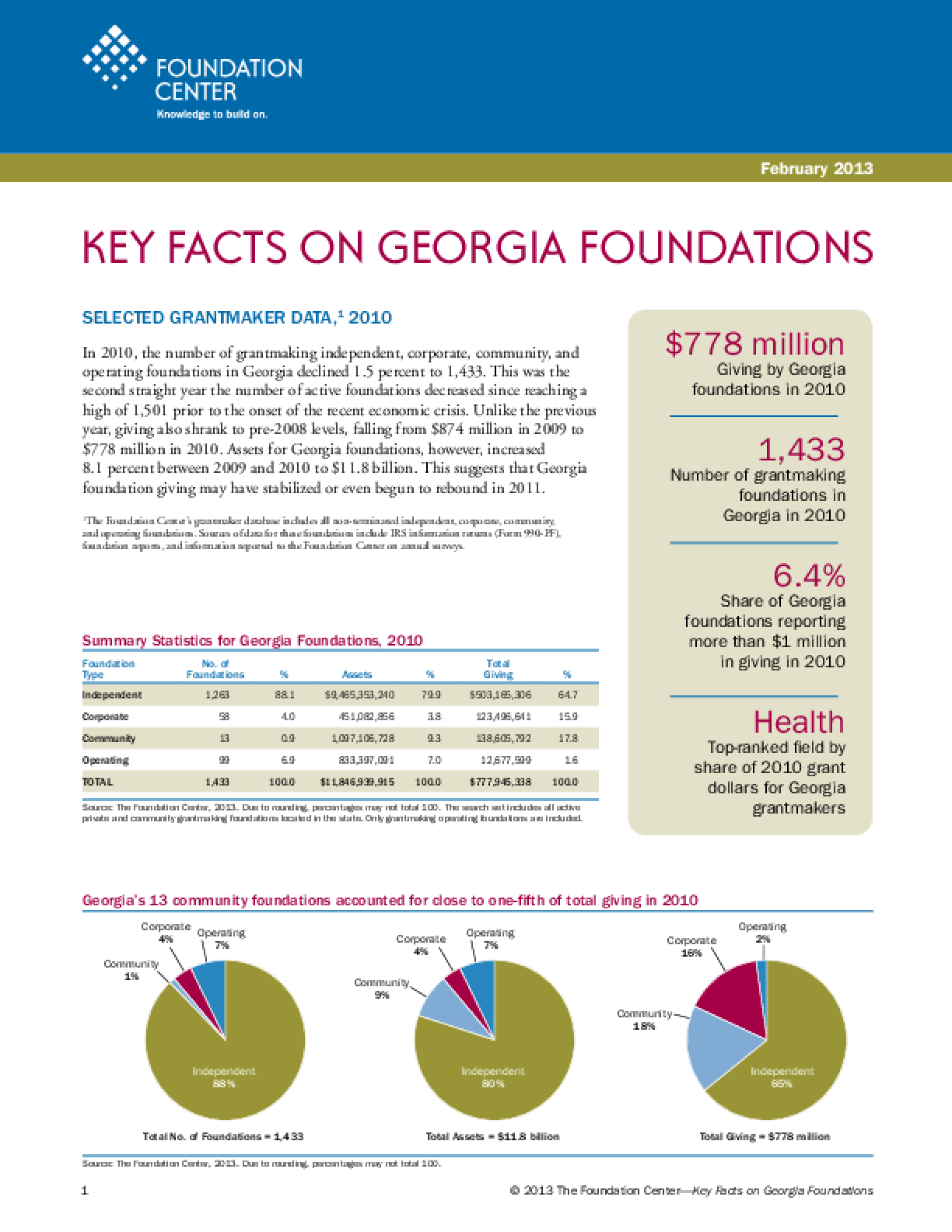