Knight Diversity of Asset Managers Research Series: Philanthropy - A study to assess the representation of firms owned by women and racial or ethnic minorities among investment firms used by the country’s top 55 charitable foundations

In early 2020, Knight Foundation and Global Economics Group released a study on the diversity of the asset managers used by the United States' top 50 charitable foundations. Earlier this year, Knight Foundation asked Global Economics Group to refresh the study to assess the representation of diverse asset managers among foundations and begin to track changes in representation over time.

The 2021 study assesses the representation of investment firms owned by women or members of racial or ethnic minority groups in the United States ("diverse-owned firms") among investment firms used by the country's top 55 charitable foundations in terms of total asset size. The top 55 foundations account for over $300 billion in total assets, collectively, including investment assets. We included five additional foundations so that all foundations that were among the top 50 in the 2020 study could be studied over time. In addition, based on both investor and manager feedback, we raised the threshold for what is considered diverse ownership from more than 0% to 50% or more, a threshold set by the commonly used industry databases.

In refreshing this study, we have a more complete picture of the diversity in asset management in the nation's largest foundations. We observe: (1) increased investing with diverse-owned firms overall among the 25 foundations that participated in both studies and (2) higher foundation participation, with five new foundations engaging in the study revealing an additional $11.03 billion in invested assets under management. That said, there is still room for improvement in study participation, as 14 out of the top 55 foundations elected not to disclose diversity statistics or data at all. 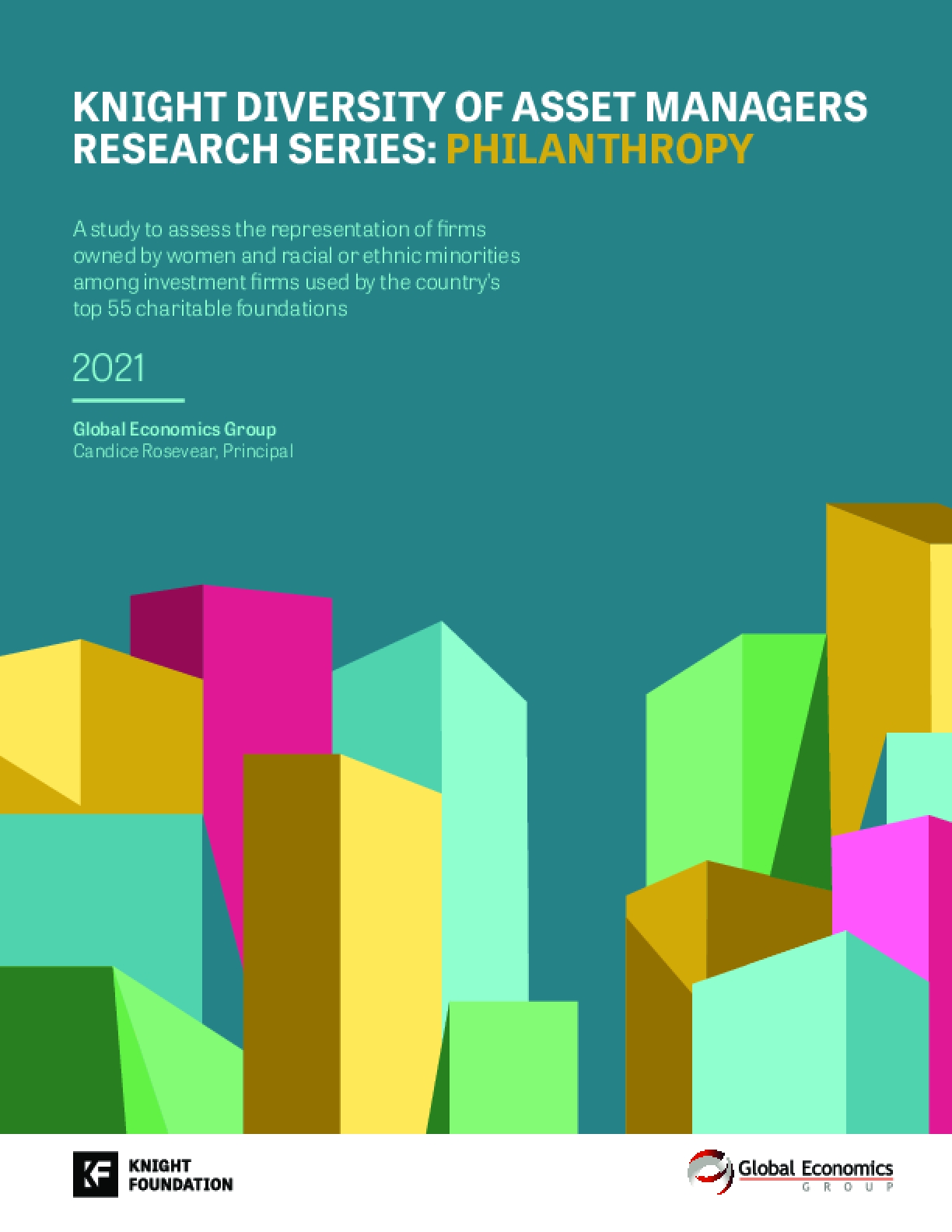