Knowledge About and Attitudes towards End of Life Care for Gay, Lesbian, Bisexual & Transgender People (Phase 2)

Increasing evidence suggests that many gay, lesbian, bisexual and transgender (GLBT) people are being denied their legal rights in their own end-of-life care and the end-of-life care of their partners and other important people in their lives. A study in the Northern Rivers region of NSW in 2009, which investigated end-of-life care issues for GLBT people and the use of legal mechanisms such as Advance Care Planning to support the rights of GLBT people at the end of life (Lienert T, Cartwright C, Beck K. 2010) found evidence of active discrimination and abuse of GLBT people. Building on the findings of the Phase 1 study, a second State-wide study funded by a grant from the Law and Justice Foundation of NSW was conducted in 2009-2010.Stage 1, which is the subject of this Report, is a state-wide hard copy and on-line survey and a series of in-depth interviews. 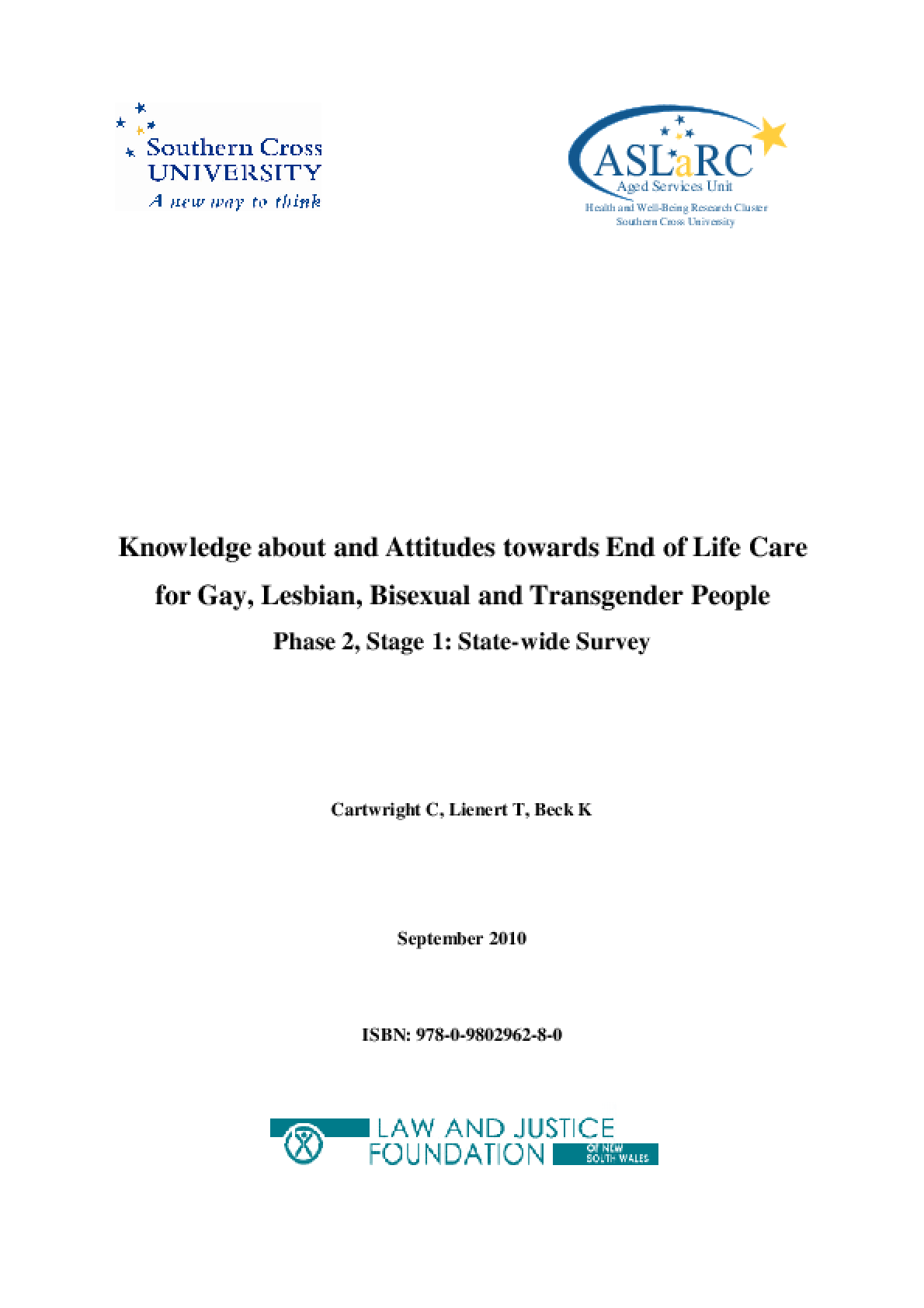