The analysis of long economic cycles allows us to understand long-term world system dynamics, to develop forecasts, to explain crises of the past, as well as the current global economic crisis. The article offers a historical sketch of research on K-waves; it analyzes the nature of Kondratieff waves that are considered asa special form of cyclical dynamics that emerged in the industrial period of the World System history. It offers a historical and theoretical analysis of K-wave dynamics in the World System framework; in particular, it studies the influence of the long wave dynamics on the changes of the world GDP growth rates during the last two centuries. Special attention is paid to the interaction between Kondratieff waves and Juglar cycles. The article is based on substantial statistical data, it extensively employs quantitative analysis, contains numerous tables and diagrams. On the basis of the proposed analysis it offers some forecasts of the world economic development in the next two decades. The article concludes with a section that presents a hypothesis that the change of K-wave upswing and downswing phases correlates significantly with the phases of fluctuations in the relationships between the World-System Coreand Periphery, as well as with the World System Core changes. 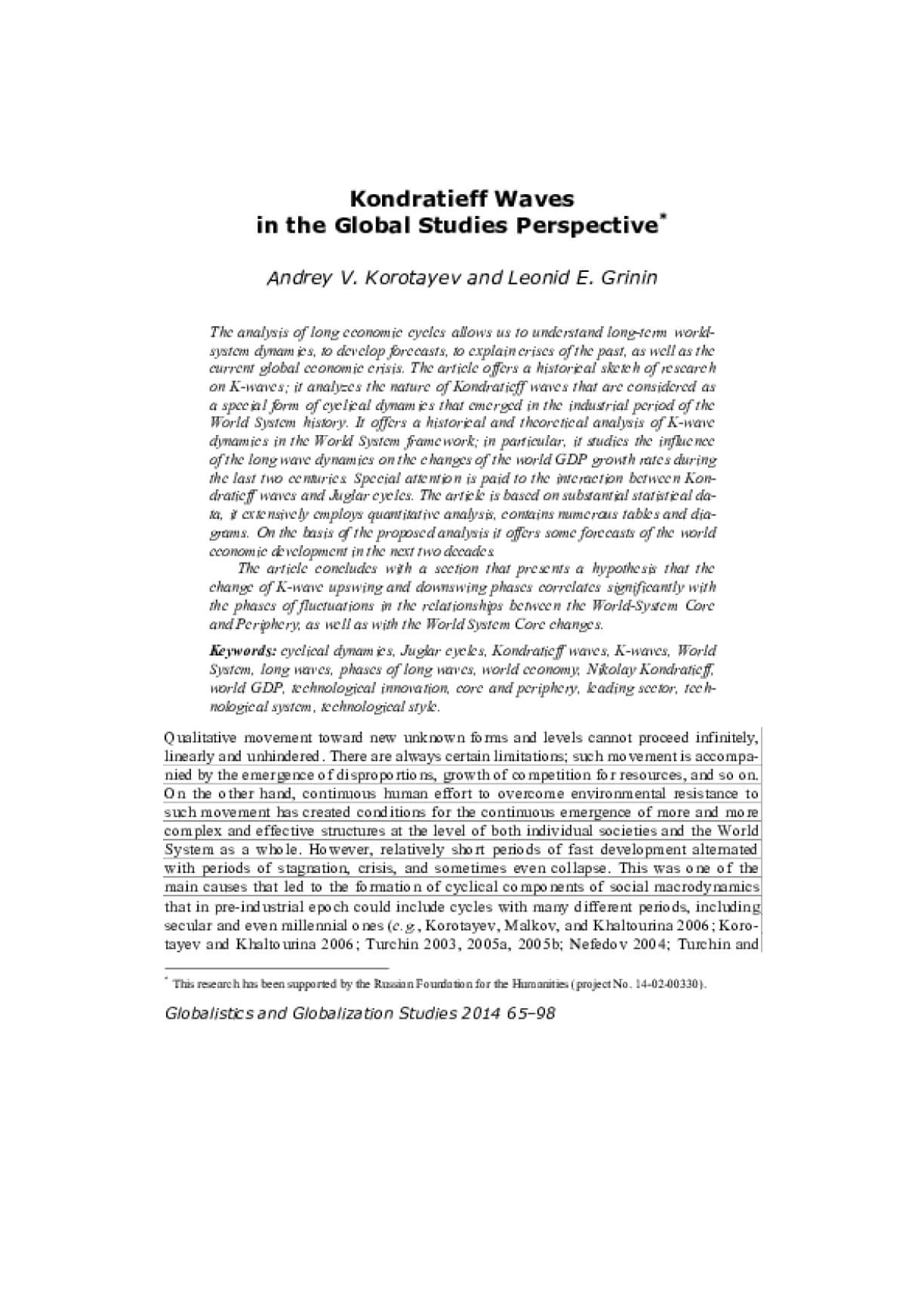