This paper portrays the challenges that have surrounded the controversial institutionalization of a French model of open debate, embodied for some 15 years now by the National Commission for Public Debate (CNDP). It begins by describing the series of stages in the institutionalization process, including the main development- and land use-related conflicts in the early 1990s, the setting up of the CNDP (1997), and the extension of the commission's sphere of activities and recent challenges to its continued existence (2009 and2010). Then, it considers the main issues that have marked the "trajectory" of the commission.Ultimately, its dynamic has rested on the congruence of sets of actors and arguments in three main public arenas: the mobilizations of associations in support of claims to the right of participation, a struggle that has been constantly renewed in local conflicts; the putting into politico-administrative form of these rights; and the public debates themselves, in which the reality of these new rights has been put to the test. When logics of action specific to each area have diverged, the institution has been thrown open to question and the process has regressed. 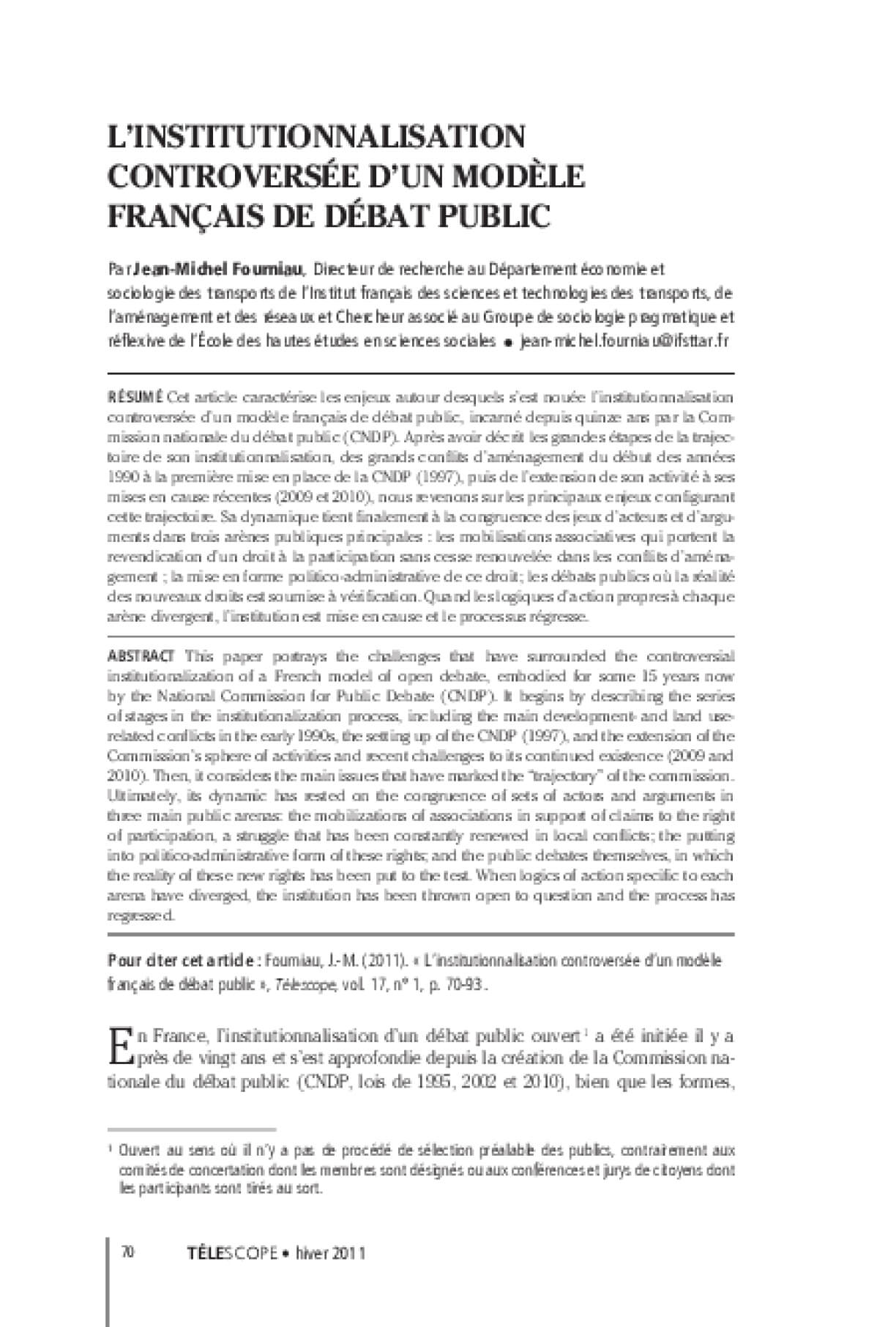