Few people hail teachers' unions as leaders of education reform. Teachers' unions are routinely characterized as part of the problem, protecting the interests of members at the expense of quality instruction and exercising unchecked political power. School districts fare little better in the public eye; they are often perceived as large, ineffective bureaucracies which perpetuate under-performance among low-income and minority students. Furthermore, community involvement in public education reform, though a widespread phenomenon, is largely unrecognized in the national policy debate about the future of schools. Given this, it is difficult to imagine three less likely partners in education reform than a local teachers' union (labor), district leaders (management), and local organizations and foundations (community). Yet the work of some education and community leaders has shown that collaboration between labor, management, and community has the potential to build capacity and improve student learning. 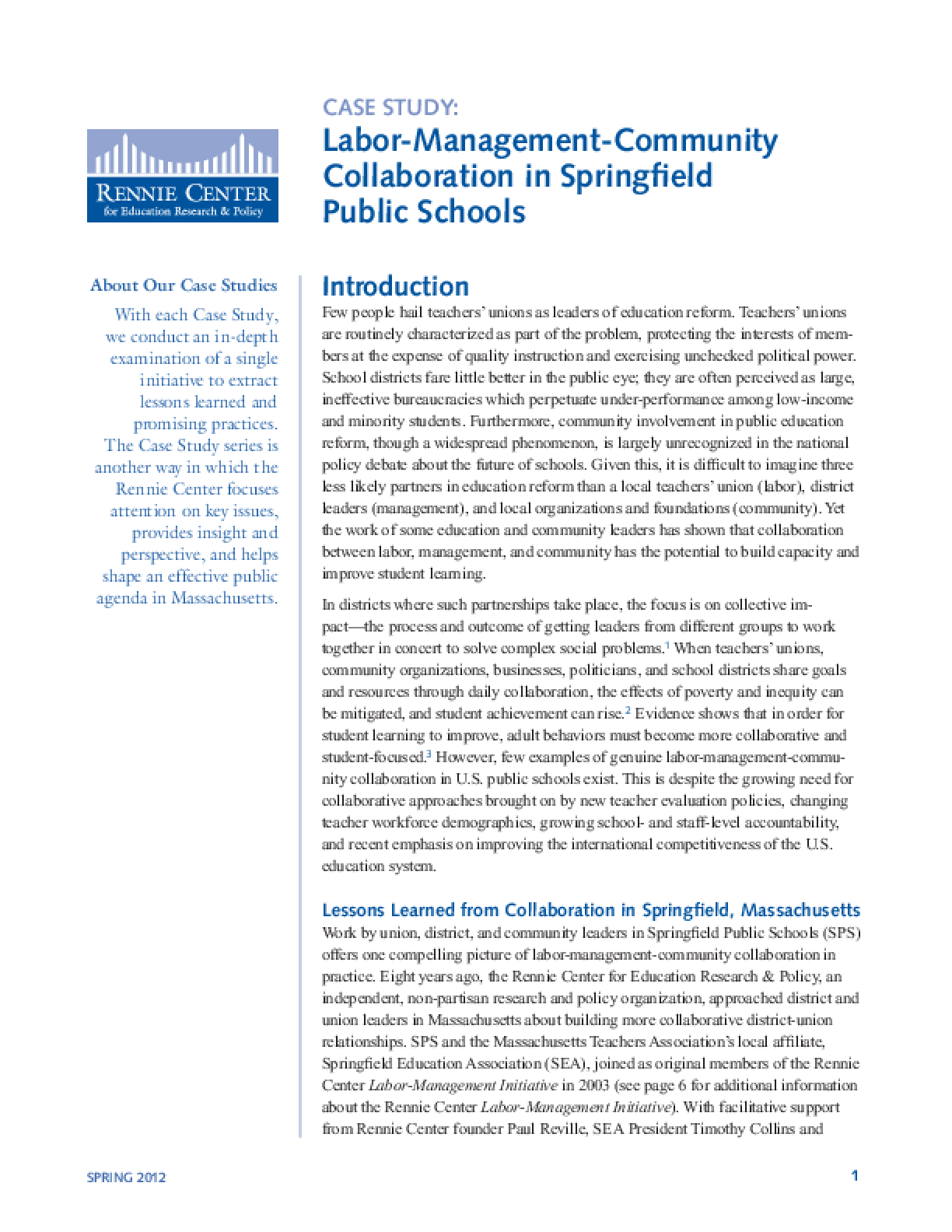