Labor Market Policy in the Great Recession: Some Lessons from Denmark and Germany

This paper reviews the recent labor-market performance of 21 rich countries, with a focus on Denmark and Germany. Denmark, which was widely seen as one of the world's most successful labor markets before the downturn, has struggled in recent years. Germany, however, has outperformed the rest of the world's rich countries since 2007, despite earlier labor-market difficulties. Labor-market institutions seem to explain the different developments in the two economies. Danish institutions -- which include extensive opportunities for education, training, and placement of unemployed workers -- appear to perform well when the economy is at or near full employment, but have not been effective during the downturn. German labor-market institutions, which emphasize job security by keeping workers connected to their current employers, may have drawbacks when the economy is operating at or near full employment, but have performed well in the Great Recession. The paper also discusses lessons for U.S. labor-market policy. 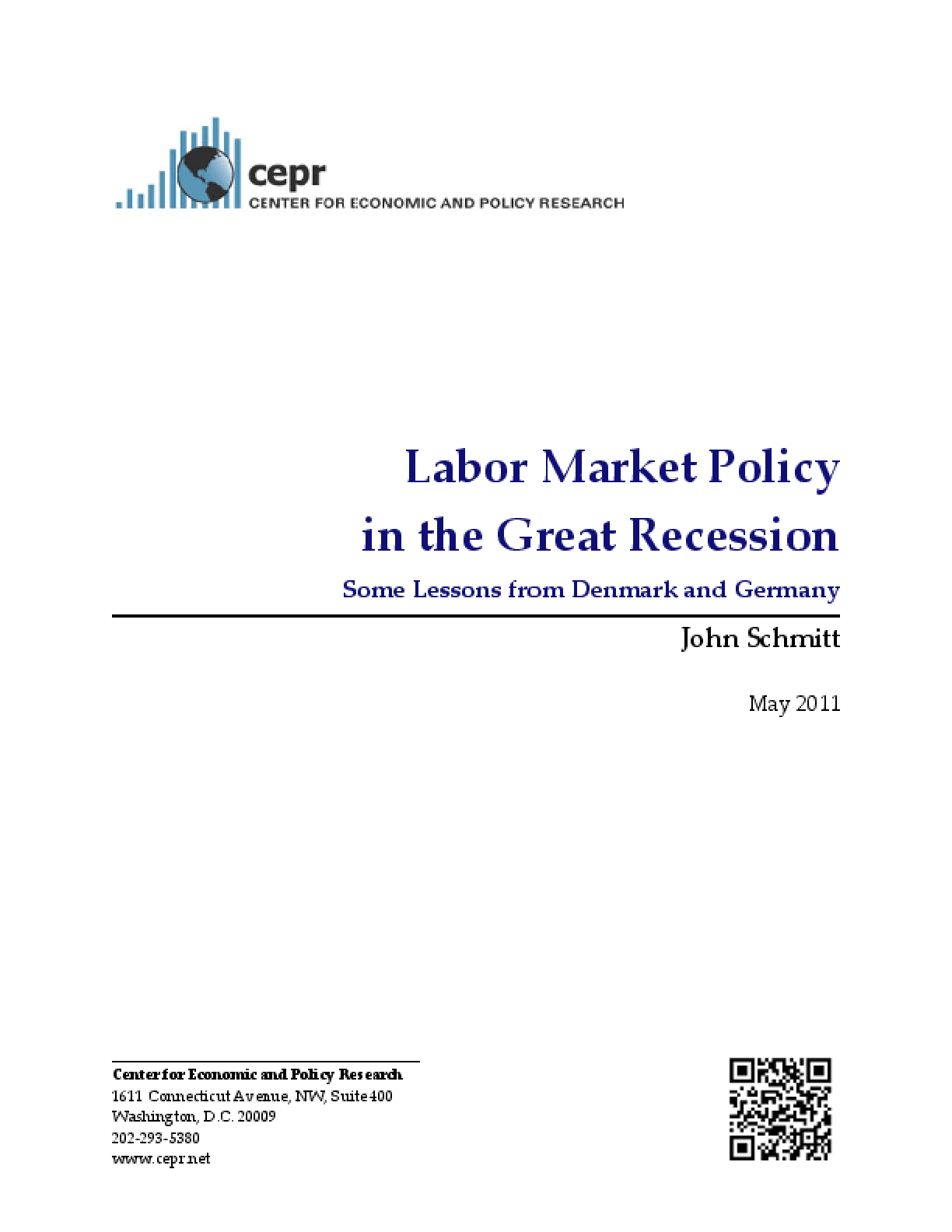