The spread of land degradation and desertification and its economic and environmental consequences are the "most critical challenges" facing West Asian countries. The scarcity of the region's renewable water resources also poses a major challenge, denting the region's ability to produce enough food to meet the growing population's needs.
Drivers 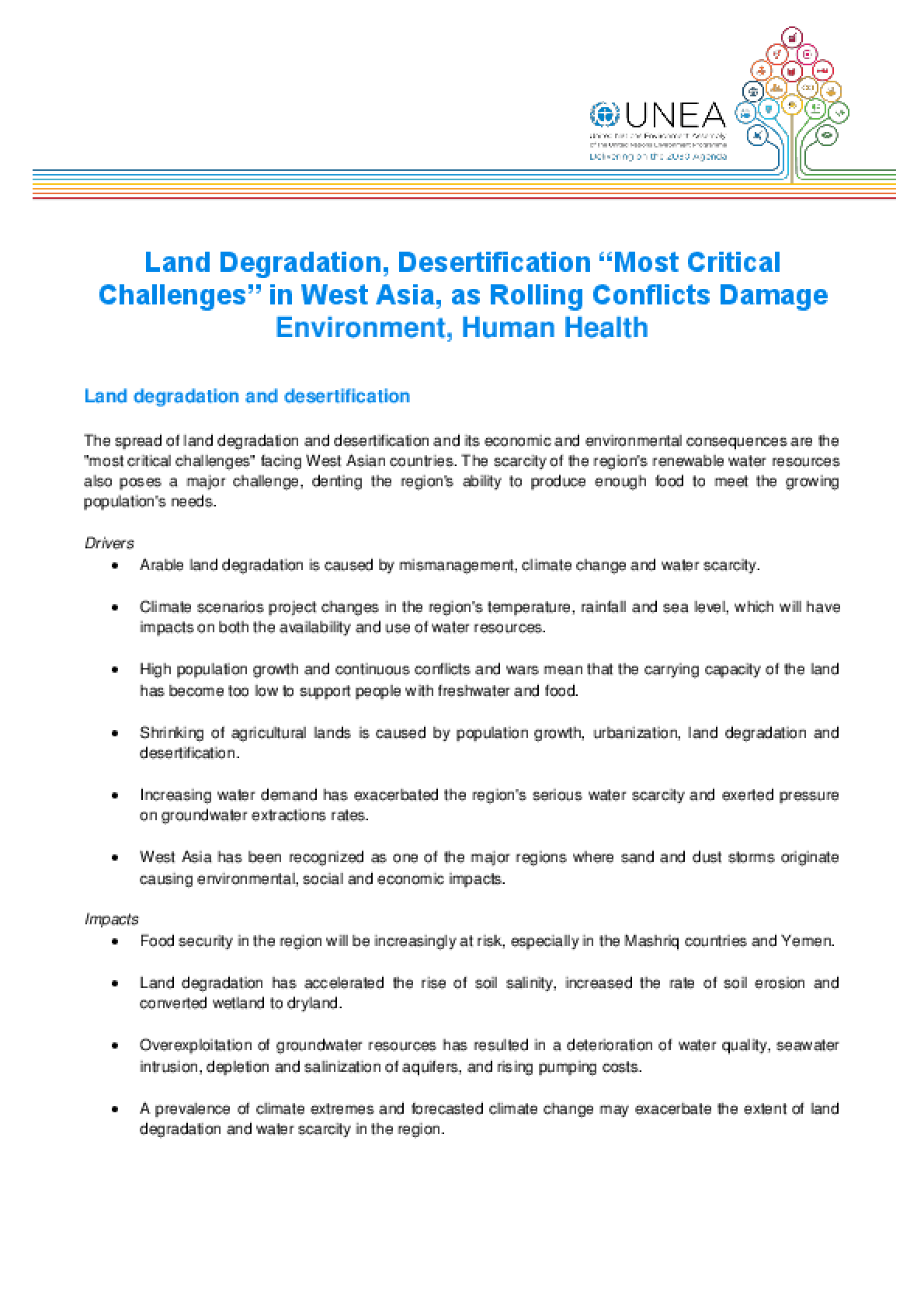