Advocates of an economic strategy of "internal devaluation" have recently pointed to Latvia as an example of successful macroeconomic policy. The Latvian economy is projected to grow by four percent in 2011. They argue that the Latvian government, along with the European authorities (including the International Monetary Fund -- IMF), pursued the correct macroeconomic policies by maintaining Latvia's fixed exchange rate and implementing pro-cyclical fiscal policies (that shrunk the economy further) and sometimes pro-cyclical monetary policies. They argue that these were the best policies (as opposed to counter-cyclical, expansionary fiscal and monetary policies, accompanied by devaluation) designed to promote a rapid economic recovery. The data, however, contradict the notion that Latvia's experience provides an example of successful internal devaluation. This paper looks at the Latvian case and provides further evidence that this can be a very costly strategy and one that does not work. The social and economic costs in Latvia were enormous, and the loss of income much greater than most countries that had crisis-driven devaluations. Countries with crisis-driven devaluations also recovered vastly faster, on average, than did Latvia. Furthermore, net exports contributed little or nothing to Latvia's recovery, which seems to have been facilitated instead by the abandonment of pro-cyclical macroeconomic policies. This case study is relevant to the eurozone because current policies there rely at least partly on "internal devaluation" in the weaker eurozone economies for recovery. The risks in the eurozone are even greater because of the financial crisis that has resulted from these pro-cyclical policies. 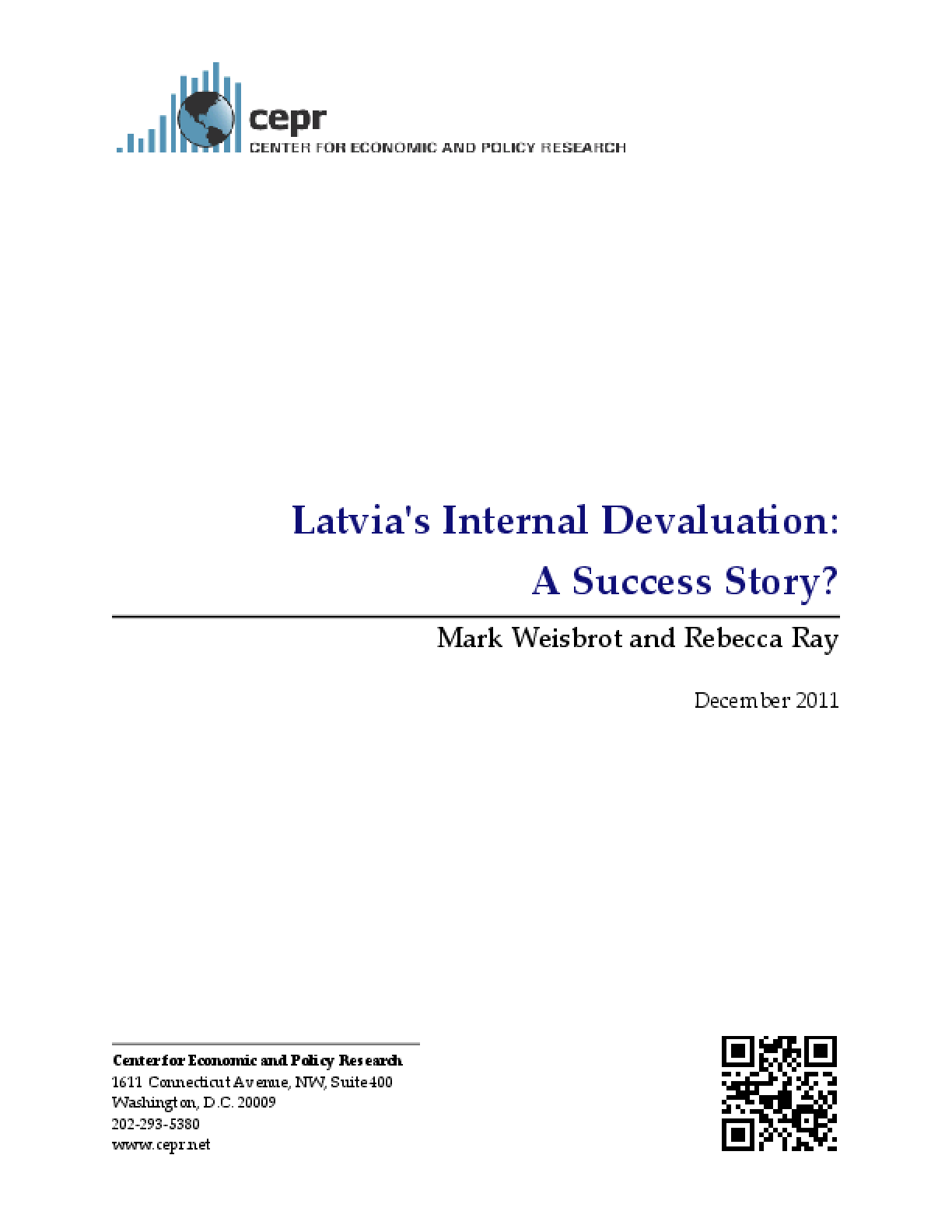