Law Enforcement and Violence: The Divide Between Black and White Americans

This document summarizes the findings of the AP-NORC Center's survey regarding race and policing. Some of the key findings include:
1) Black Americans are nearly four times as likely as whites to describe violence against civilians by police officers as an extremely or very serious problem.
2) More than 80 percent of blacks say police are too quick to use deadly force and they are more likely to use it against a black person. Two-thirds of whites label police use of deadly force as necessary and 58 percent say race is not a factor in decisions to use force.
3) There is support among both blacks and whites for many changes in policies and procedures that could be effective in reducing tensions between law enforcement and minorities and limiting police violence against civilians. For example, 71 percent say body cameras on police would be an effective deterrent to violence against civilians and 52 percent think community policing programs would help reduce tensions in minority communities. 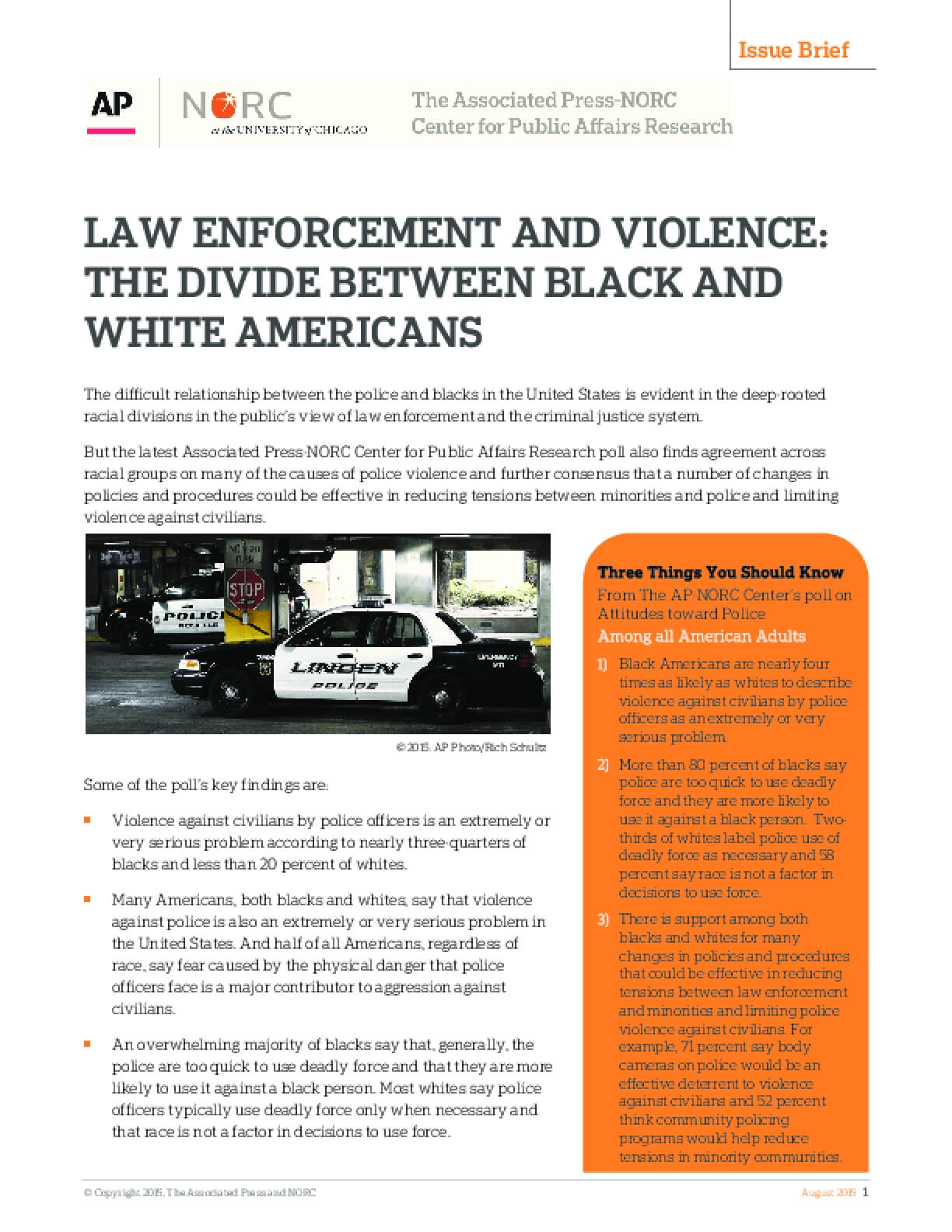