During the 1980s, as it supported its first wave of large-scale investments on behalf of children and families, the Foundation recognized that expanding the pool of effective human services leaders was critical to ensuring the success of these initiatives. "We came out of the box with system reform and other city-based projects with ambitious frameworks to improve child welfare, juvenile justice, public education," recalls Doug Nelson, Casey's president and CEO at the time. "We were confident about the general direction of our recommendations, generous with our resources, but as we watched the progress in different places, it became apparent that one of the determinants of success [was] the quality of leadership in key positions. Where that was weak, the experience of those people too narrow, their skill sets too limited, all of the outside investment was compromised." Nelson tasked Casey Director Ira Cutler and Program Associate Cheryl Casciani with investigating a response. Initial research revealed that there were precious few programs devoted to fostering leaders in the fields Casey cared most about. Also, the then-dominant paradigm favored short-term, relatively "low expectations" programs that seemed inadequate to the task of building needed leadership capacity to guide big change efforts. After considerable deliberation, the Foundation decided to create the Children and Family Fellowship, a full-time, one-year residential experience that would require Fellows to step away from their current positions. The idea had important early champions that included members of the Casey Board of Trustees, particularly Joe Moderow and Lea Soupata. "As an HR person, [I knew] leadership is really the key to the success of an organization, so I was intrigued by how we could apply leadership techniques to nonprofits," says Soupata, formerly head of Human Resources for UPS. As Moderow, formerly senior vice president and general counsel of UPS, explains, "When we did the postmortem [on a project], it always came back to who were the leaders and what kind of passion do they have and what kind of dedication do they have? So that became the centerpiece of the Fellowship program. We wanted to develop leaders." The resulting "high expectations" model, as Casciani describes it, would create the time and space for a kind of transformative, quantum leadership "leap," enabling Fellows in turn to step into roles of significantly greater responsibility in major change initiatives following their Fellowship experience. 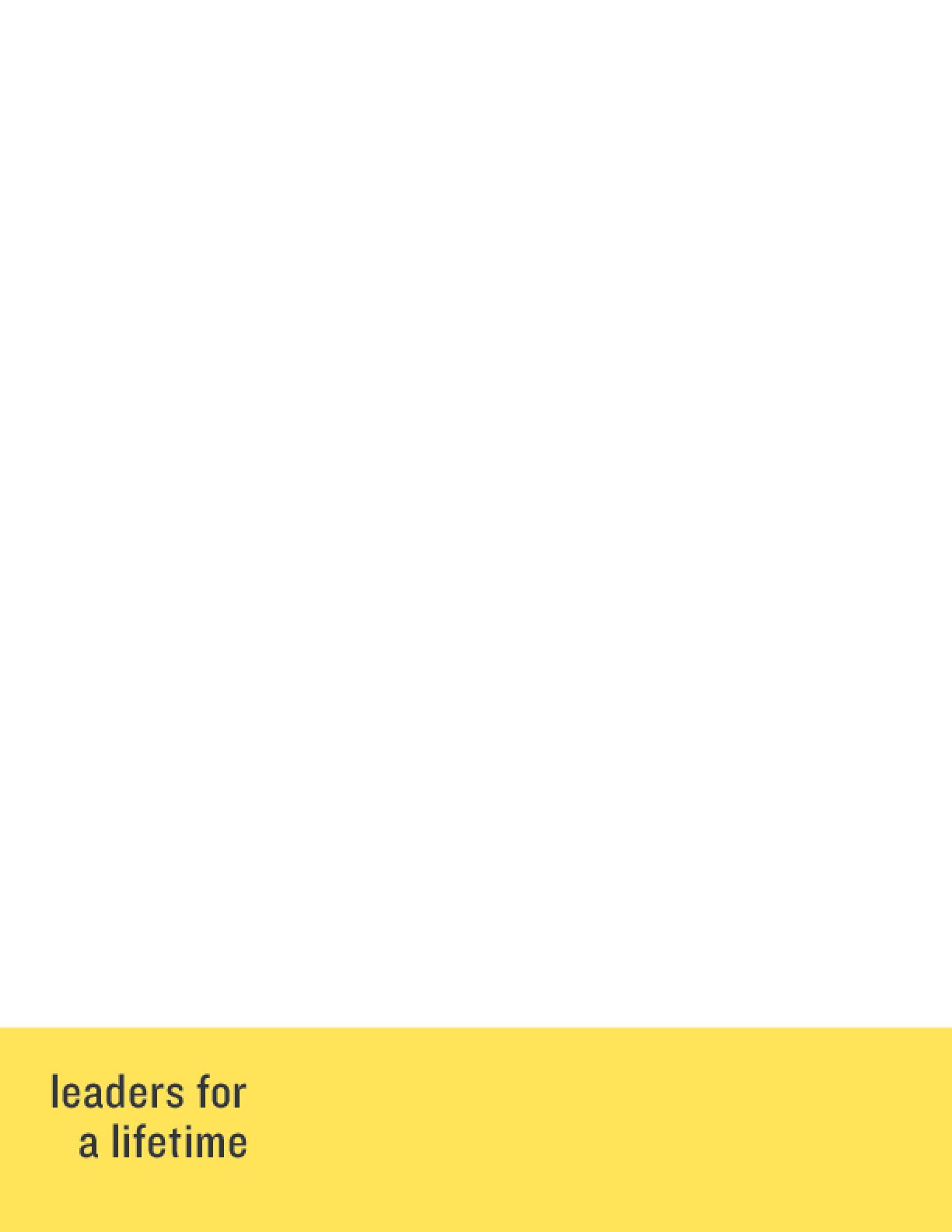