This is the second paper in PSJP's Defining Key Concepts series and it looks at the concept of 'leadership' in development and philanthropy. (The first paper, published in October 2018, looked at the concept of Dignity.) Although widely used, and viewed as an important ingredient in successful philanthropy and development, there is no common understanding of what people mean by the term leadership or how its value is demonstrated in practice. In March 2018, when PSJP ran an exploratory webinar for civil society practitioners to identify hot topics they wanted to discuss, leadership was identified because people said that they were unclear about its role. 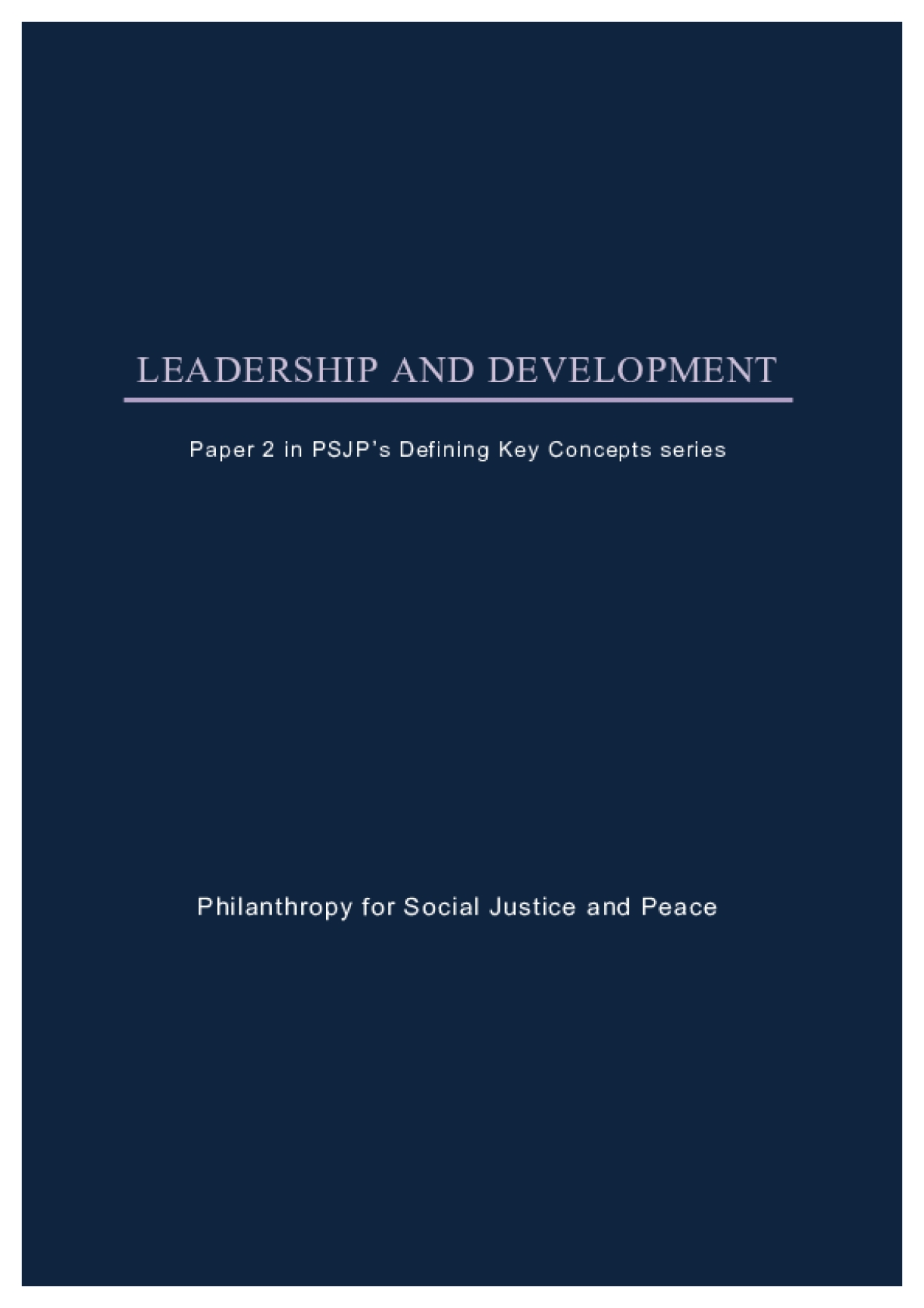