With a large and ageing prison population, the Prison Service has to deal with more foreseeable deaths from terminal and incurable illnesses than ever before. This brings new challenges for both prison regimes and prison facilities to accommodate the end of life care needs for those prisoners who require them. This report looks at how the Prison Service is responding to these challenges and is focused on a sample of 214 prisoners who died from a terminal illness in prison between January 2007 and October 2012. 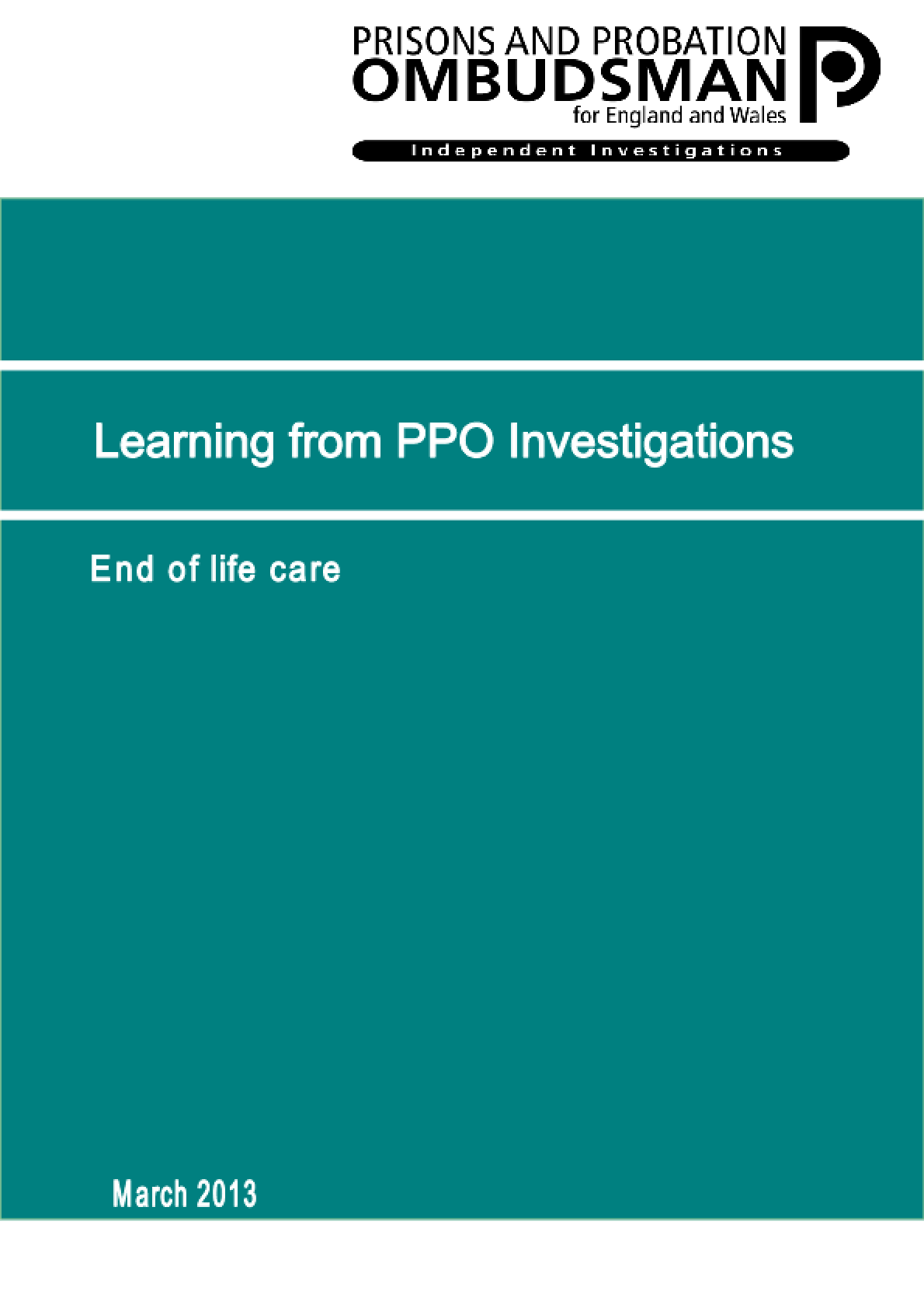