Learning in a Visual Age: The Critical Importance of Arts Education

Every day, American young people spend more than four hours watching television, DVDs or videos; one hour using a computer; and 49 minutes playing video games. In many cases, youths are engaged in two or more of these activities at the same time. Little wonder this era has become known as the "digital age," and Americans born after 1980 have become known as "digital natives." Yet it might be equally accurate to refer to the current era as a visual age. Although many digital tools rely on sound and text, most disseminate images, and youths who spend a third of their waking hours in front of a screen are saturated with images. The ubiquity of images in young people's lives has transformed the way they learn and perceive the world. And their use of images has created a demand for new skills to enable all young people to make sense of the visual world. The predominance of visual images and demand for new abilities has also transformed the workplace. In the "flat" world that the journalist Thomas L. Friedman describes in his influential book, The World Is Flat, aesthetics and creativity are just as important as technical knowledge in the new economy. "The secret sauce comes from our ability to integrate art, music, and literature with the hard sciences," Friedman says. "That's what produces an iPod Revolution or a Google. Integration is the new specialty. That is what we need to prepare our children to be doing." These transformations place a premium on the types of abilities visual arts educators develop: visual-spatial abilities, reflection, and experimentation. They suggest that schools and their community partners need to strengthen visual arts education as a content area and to integrate the arts into other areas of learning to ensure that all young people become knowledgeable and skillful in the visual age. Yet in a short-sighted effort to help make children competitive in a global economy, many schools have reduced visual arts instruction in favor of a greater emphasis on mathematics and science. These actions in some cases have resulted from accountability policies that measure school performance on a narrow set of abilities This report is the result of a year-long -- and ongoing -- conversation within NAEA that included discussions in board meetings, conversations with Association members, and a three-day summit of leading educators from across the nation (held in August 2008 in Aspen, Colorado). This document examines evidence about the capacities that art education develops in students and what it can prepare them to do. It explores what high-quality instruction looks like and takes a look at some environments in schools and in other settings in which excellent visual arts instruction takes place. The report concludes with recommendations for federal policy makers that will strengthen visual arts education to help ensure that all young people can thrive in the visual age. 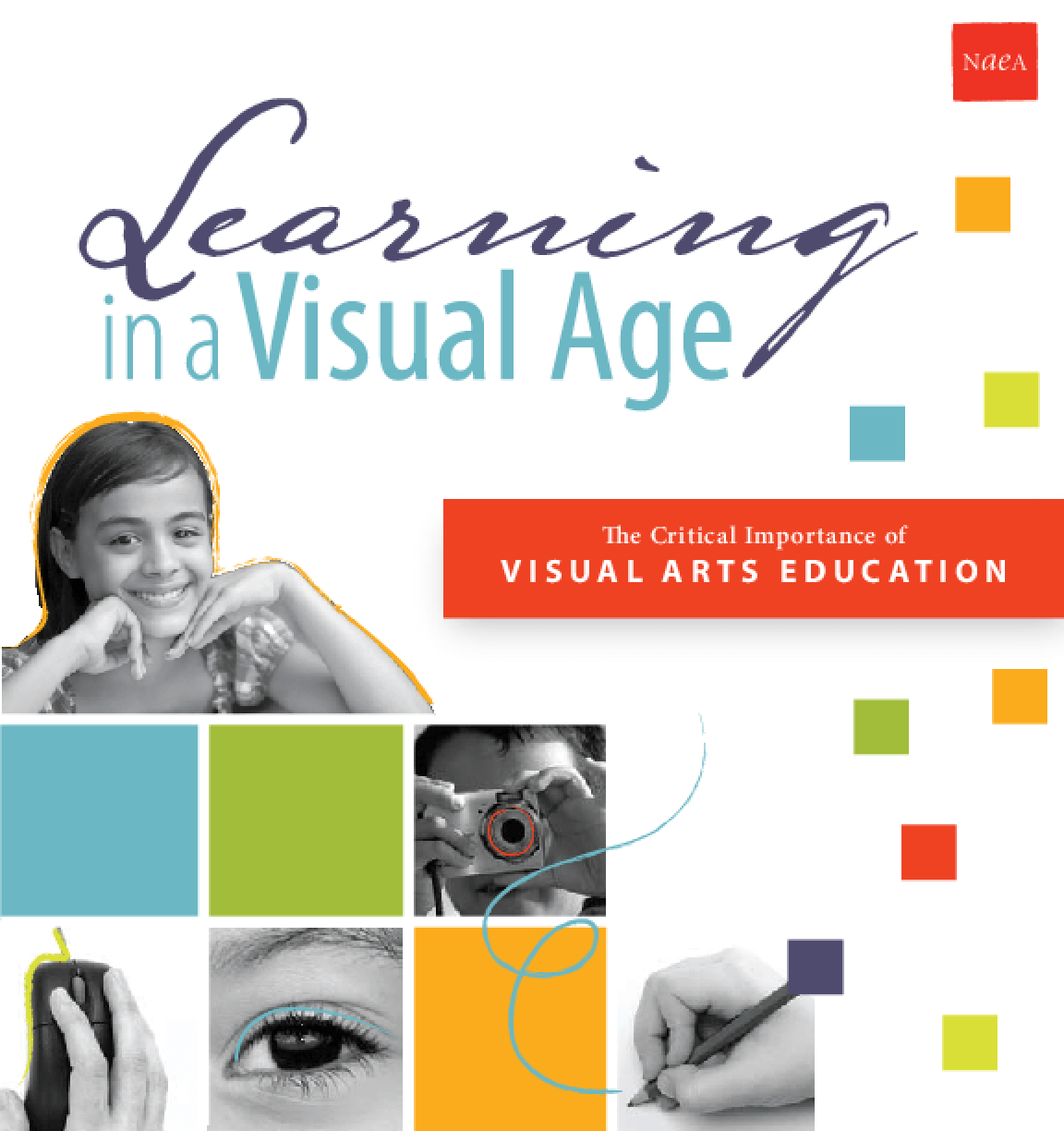