Learning the Right Lessons from Iraq

Foreign policy experts and policy analysts are misreading the lessons of Iraq. The emerging conventional wisdom holds that success could have been achieved in Iraq with more troops, more cooperation among U.S. government agencies, and better counterinsurgency doctrine. To analysts who share these views, Iraq is not an example of what not to do but of how not to do it. Their policy proposals aim to reform the national security bureaucracy so that we will get it right the next time. The near-consensus view is wrong and dangerous. What Iraq demonstrates is a need for a new national security strategy, not better tactics and tools to serve the current one. By insisting that Iraq was ours to remake were it not for the Bush administration's mismanagement, we ignore the limits on our power that the war exposes and in the process risk repeating our mistake. The popular contention that the Bush administration's failures and errors in judgment can be attributed to poor planning is also false. There was ample planning for the war, but it conflicted with the Bush administration's expectations. To the extent that planning failed, therefore, the lesson to draw is not that the United States national security establishment needs better planning, but that it needs better leaders. That problem is solved by elections, not bureaucratic tinkering. The military gives us the power to conquer foreign countries, but not the power to run them. Because there are few good reasons to take on missions meant to resuscitate failed governments, terrorism notwithstanding, the most important lesson from the war in Iraq should be a newfound appreciation for the limits of our power. 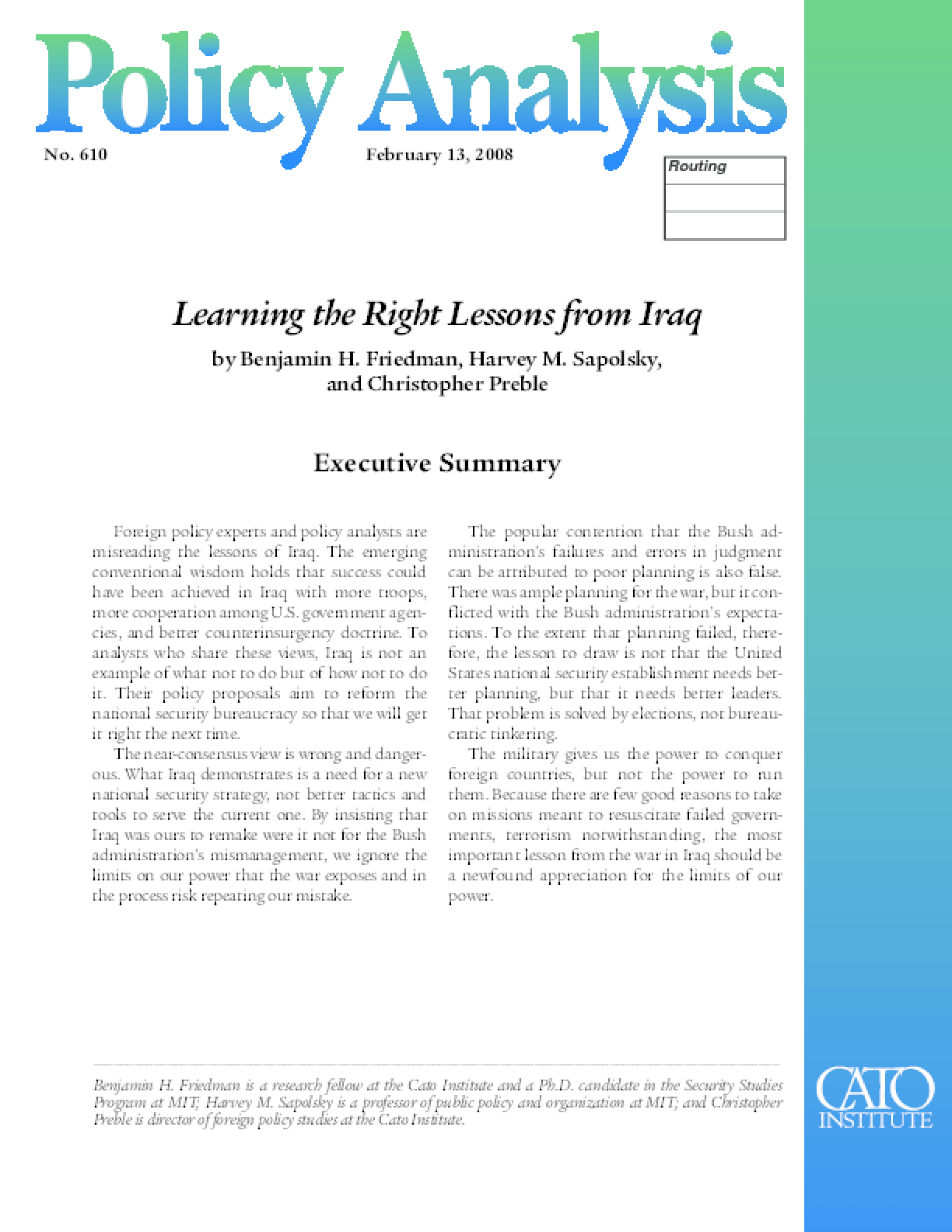