Regulation of nonprofit investment and governance practices has migrated from traditional common-law principles to codified statutory law, affecting areas of nonprofit governance not addressed in the original legislation. Trustees will do well to heed this development.A phenomenon with far-reaching effects on nonprofit investment management and governance has become a little-noticed yet powerful force in boardrooms over the past decade. Despite its wide-ranging implications, this development has largely gone undocumented.This paper seeks to draw attention to this change and its implications, and to trace a transformation in thinking that has gained momentum in recent years. Briefly stated, regulation of key aspects of nonprofit governance and investment has, in important ways, ceased to be a matter of unwritten common law and has become primarily a matter of codified statutory law. While interpretation by courts remains fundamental to the application of these laws, it is nevertheless true that standards which previously varied from state to state around a set of core fiduciary principles are now being interpreted against much more uniform statutory standards. 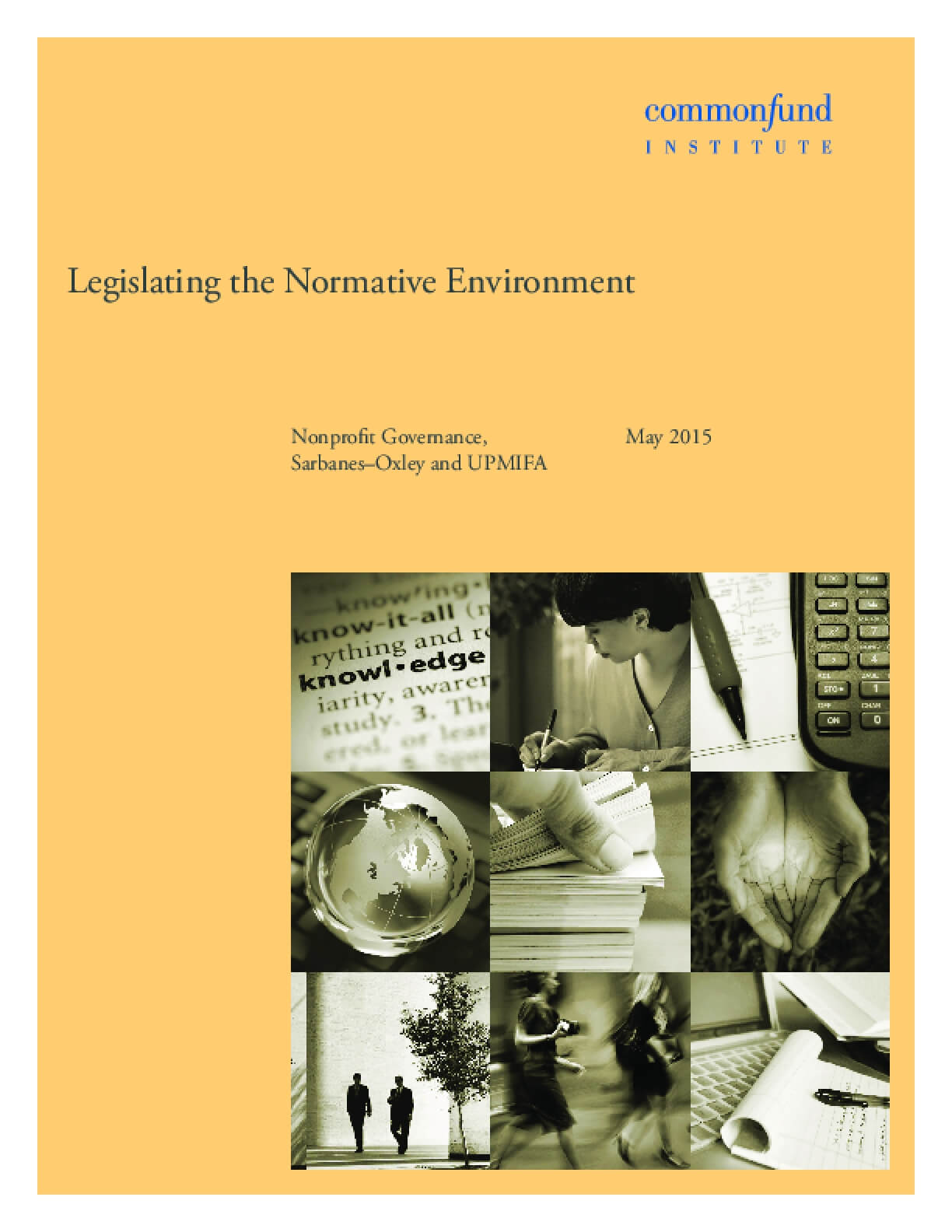