The recent debate in Congress over patients' rights and the regulation of managed care has been predicated largely on a misunderstanding of the Employee Retirement Income Security Act of 1974. The misunderstanding is pervasive, shared by members of Congress and by anti-managed-care activists.

Although it is true that ERISA is an important and vastly complex piece of legislation, it is not true that health maintenance organizations (HMOs) receive special protection from ERISA, or that they are exempt from being held accountable for medical errors because of ERISA.

In fact, HMOs are far less likely than are fee-for-service plans to be self-funded and exempt from state oversight. They are far more likely to be subject to state-mandated benefits, solvency requirements, appeals requirements, and consumer protections than are self-funded "traditional" plans. And, while all employer-based plans (whether self-funded or fully insured, whether HMO or indemnity) are exempt from state contract and most tort laws, to the extent a plan "practices medicine," it is subject to state-based remedies for malpractice.

ERISA might be ready for a change, or an outright repeal, but the current proposals don't begin to do that. In fact, they extend federal regulation to areas that have always been the responsibility of the states. It would be comforting to know, before it enacts sweeping new legislation, that Congress is acting with full knowledge of the current problems rather than being carried away in a tide of emotionalism. It would also be reassuring to know that the advocates of new legislation had fully considered the implications of a new federal role in overseeing the practice of medicine. 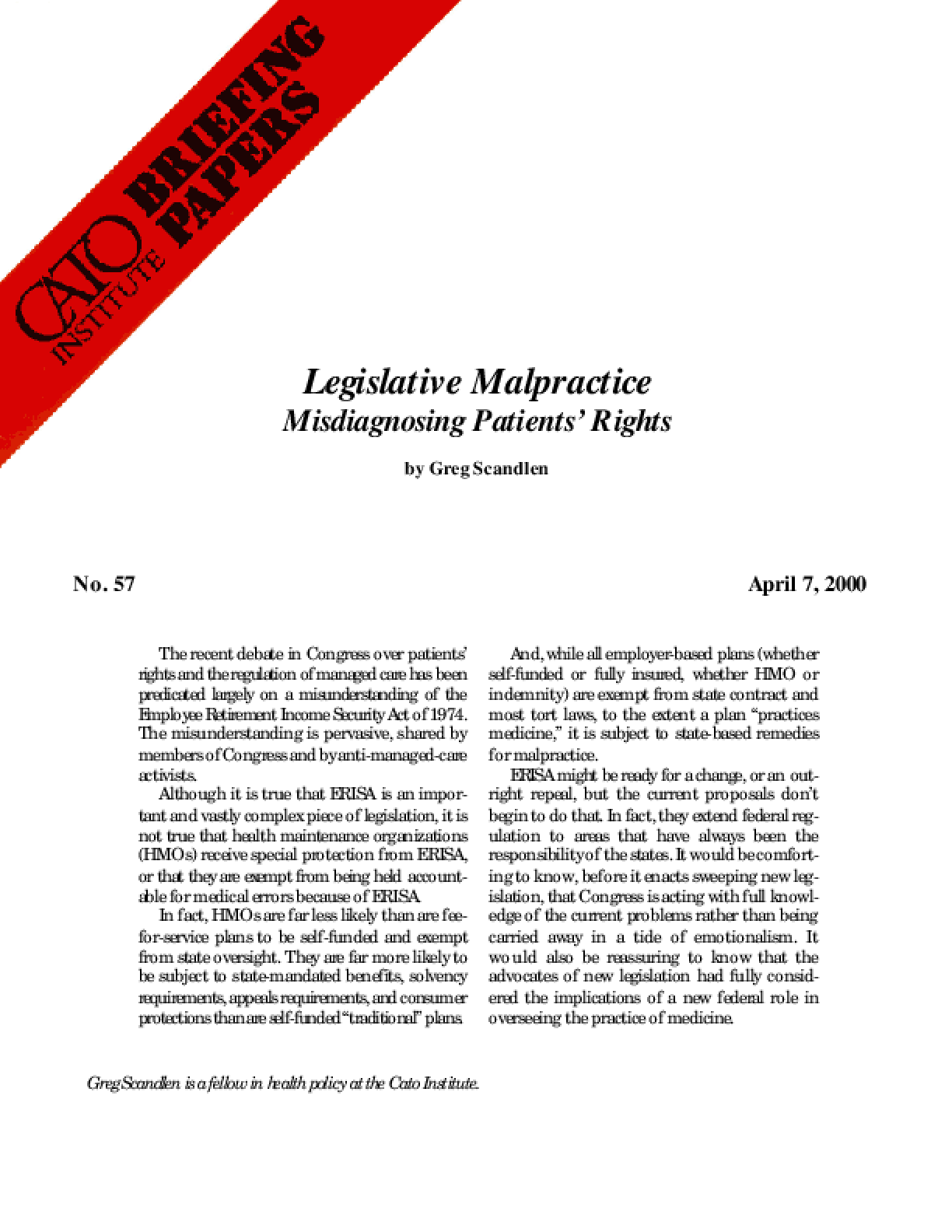