The dramatic increase in wealth inequality over the past several decades now forms the backdrop for many of today's most pressing public policy debates. Currently, the top 1 percent of U.S. households controls 42 percent of the nation's wealth, and nearly half of the wealth accumulated over the past 30 years has gone to the top 0.1 percent. Simultaneously, the wealth held by the bottom 90 percent of U.S. households continues to shrink, just as people of color are a growing percentage of the U.S. population. These trends have converged to produce a wealth divide that is apparent not just by class, but by race as well. The average white family owns $13 for every $1 owned by a typical Black family, and $10 for every $1 owned by the typical Latino family. This analysis uses the Racial Wealth Audit, a framework developed by the Institute on Assets and Social Policy (IASP) to assess the impact of public policy on the wealth gap between white and Black households. We use the framework to model the impact of various student debt relief policies to identify the approaches most likely to reduce inequities in wealth by race, as opposed to exacerbating existing inequities. We focus specifically on the Black-white wealth gap both because of the historic roots of inequality described above, and because student debt (in the form of borrowing rates and levels) seems to be contributing to wealth disparities between Black and white young adults, in particular. 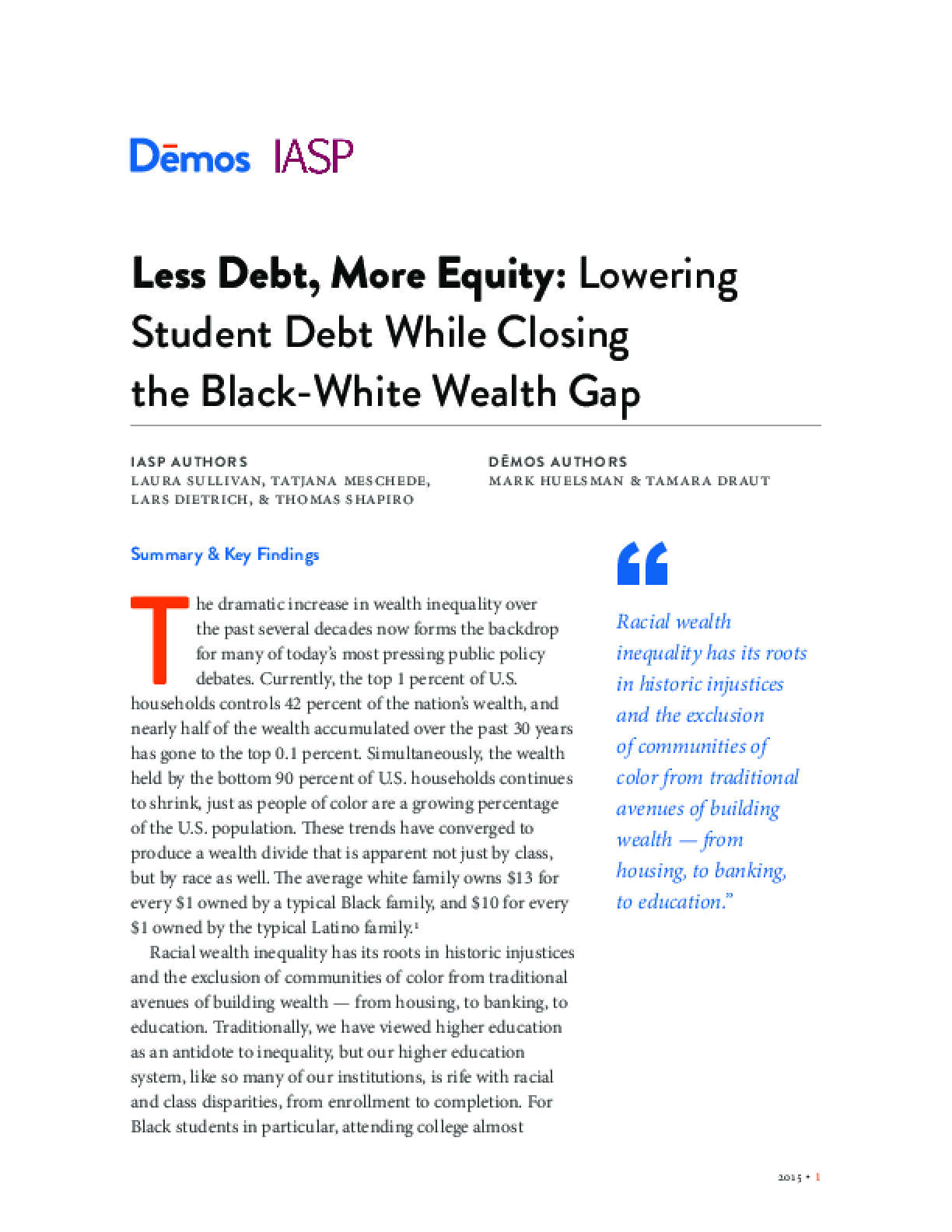