Less Guilty by Reason of Adolescence

In 2005, in a landmark decision, the U.S. Supreme Court outlawed the death penalty for offenders who were younger than 18 when they commited their crimes. The ruling centered on the issue of culpability, or criminal blameworthiness. Unlike competence, which concerns an individual's ability to serve as a defendant during trial or adjudication, culpability turns the offender's state of mind at the time of the offense, including factors that would mitigate, or lessen, the degree of responsibility. Should developmental immaturity be added to the list of mitigating factors? Should juveniles, in general, be treated more leniently than adults? A major study by the Research Network on Adolescent and Juvenile Justice now provides strong evidence that the answer is yes. 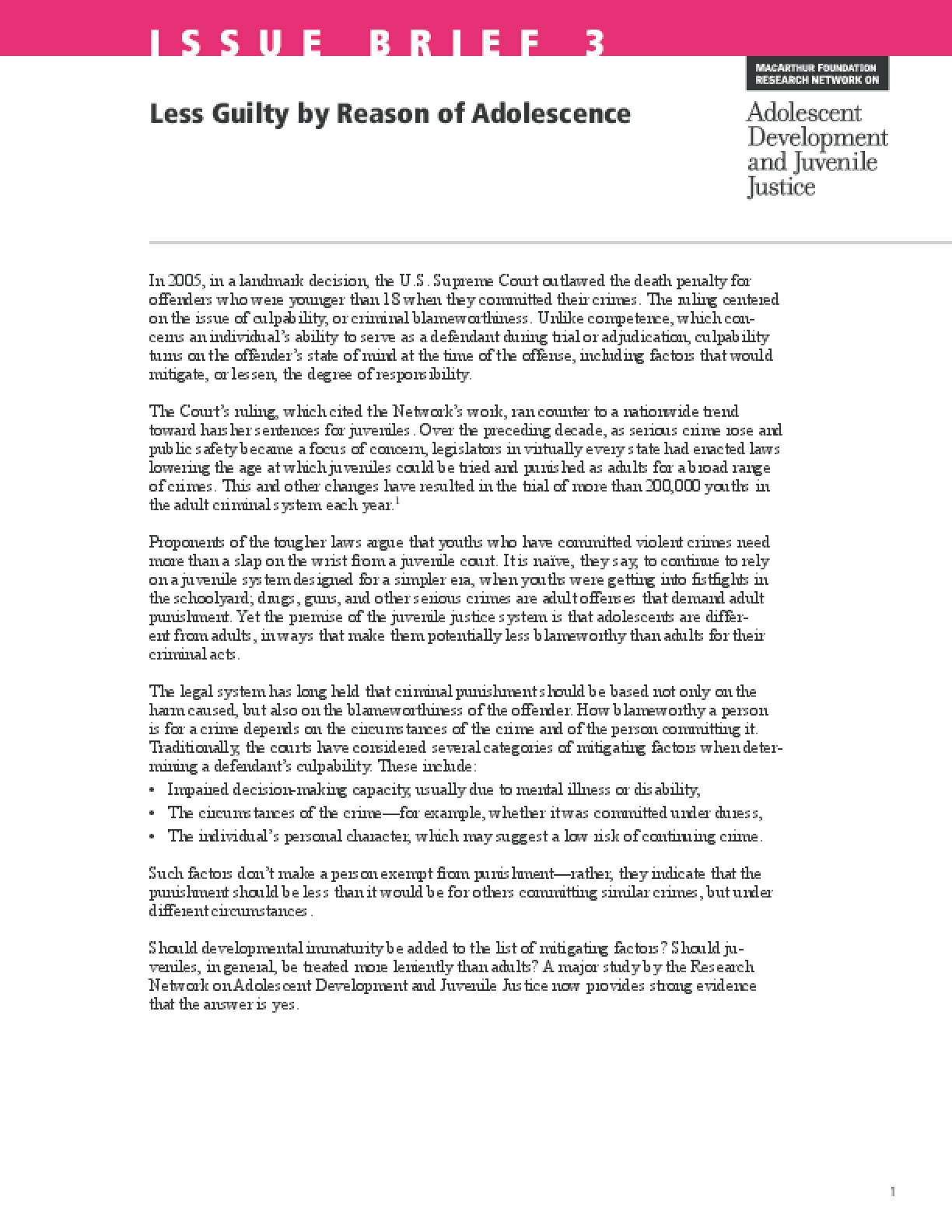