Lessons From The Marketplace: Four Proven Progressive Policies from DMI's Marketplace of Ideas

In Maine, moderate-income residents buy prescription drugs for as little as half the retail price. In San Francisco, some violent criminals are 82 percent less likely to commit new crimes after their release from prison. In Minnesota, the public can reclaim subsidies when economic development incentives don't produce the promised results. In Oklahoma, 92 percent of four-year-olds attend a high-quality public preschool. Ideologues of the right like to claim that progressive policies will kill jobs, squander tax dollars, suppress innovation and let axe-wielding criminals run free. But the successful progressive policies described above have done none of those things. Instead, they've worked as intended to make people's lives better. And they can be replicated in New York and across the nation. The Drum Major Institute for Public Policy's Marketplace of Ideas showcases each of these policies - and many others. DMI brings policymakers from around the country to New York City to speak about their policy success, its impact, and their on-the-ground experience getting the policy enacted. Here they engage with an expert panel of New Yorkers, including city and state legislators, advocates, business representatives, religious leaders, and academics, to further discuss the policy and its implications for New York City and State. Lessons from the Marketplace presents the fruits of DMI's Marketplace of Ideas discussions, describing four policies from Maine, Minnesota, Oklahoma, and San Francisco in detail and examining how each addresses a real and pressing problem in New York State. 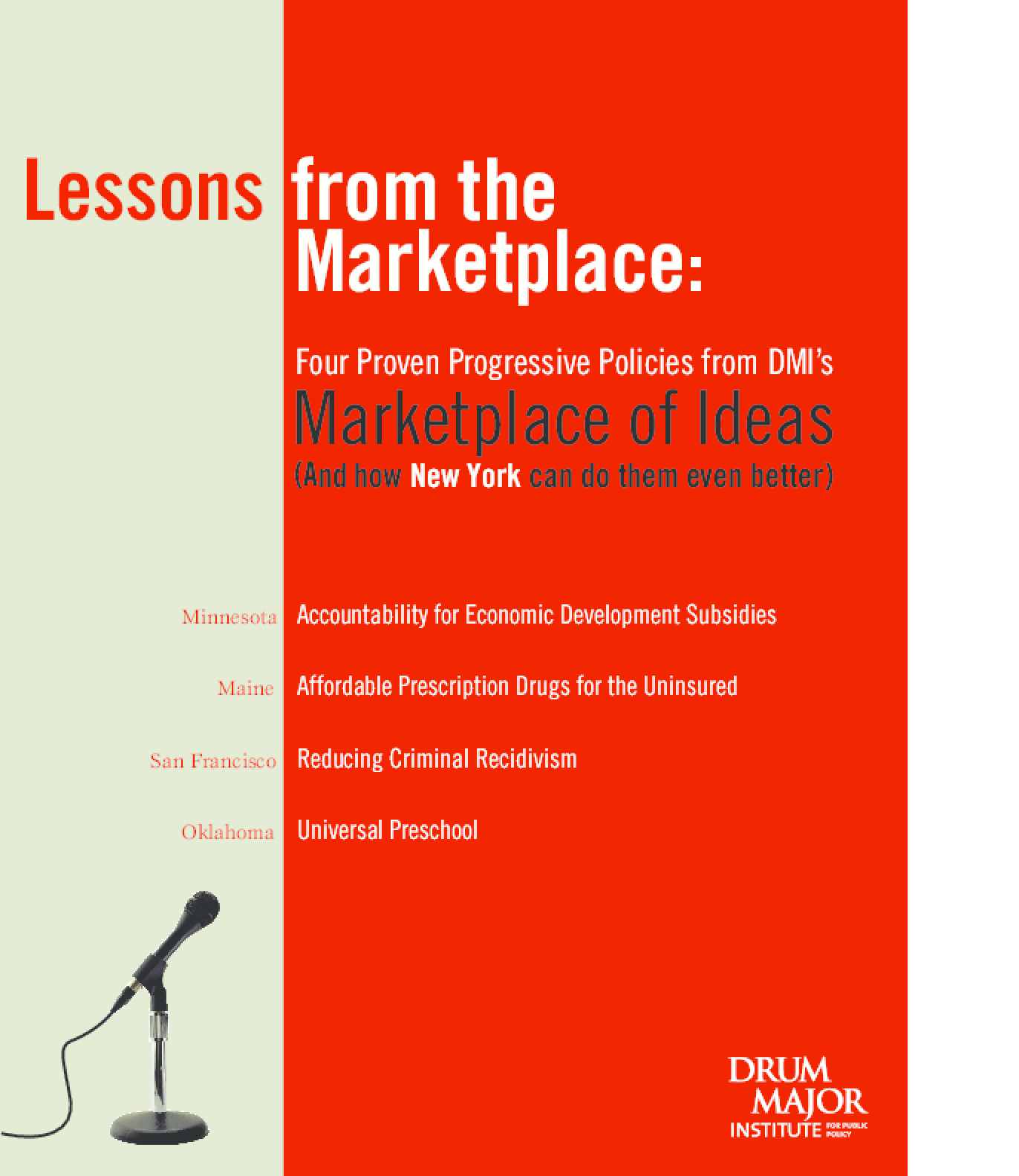