In the five years since AtMP first published Let Them Eat Wedding Rings, government-funded marriage programs have grown explosively. Hundreds of programs were launched using federal, state and local government funding. Congress finally reauthorized TANF in February 2006. Despite protests by AtMP and others, Congress diverted $750 million from anti-poverty programs to marriage initiatives. In October 2006, 225 programs received 5-year funding awards worth almost $600 million. As observers who care deeply about fairness for all families, AtMP renews its call for the critical evaluation of government-funded marriage programs based on these three principles: 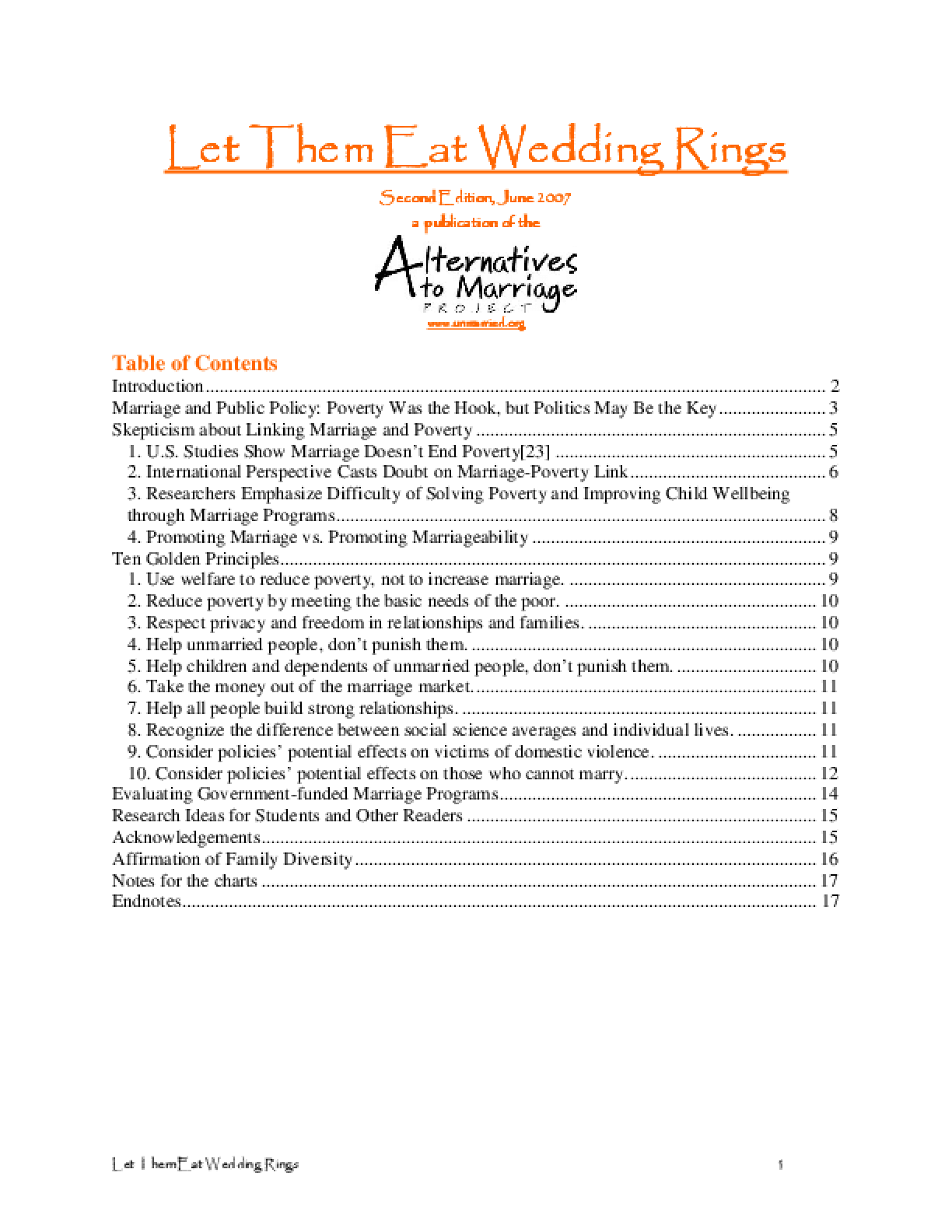