The fifth report from Ford Foundation's 10-year tracking study of the Ford Foundation International Fellowships Program (IFP), Leveraging Higher Education to Promote Social Justice: Evidence from the IFP Alumni Tracking Study finds that IFP alumni are prepared to confront social injustices and have received promotions in their careers as a result of participating in the program.

Study results showed that responding IFP alumni believed that IFP helped them develop personal and professional attributes that have helped them achieve career success and combat social injustices. Nearly 84 percent of responding alumni said they were employed, while 89 percent received a promotion at work that they attributed to IFP, and 83 percent are currently in leadership positions. In total, 1,284 alumni from 22 countries responded to the survey, representing 33 percent of the IFP population. 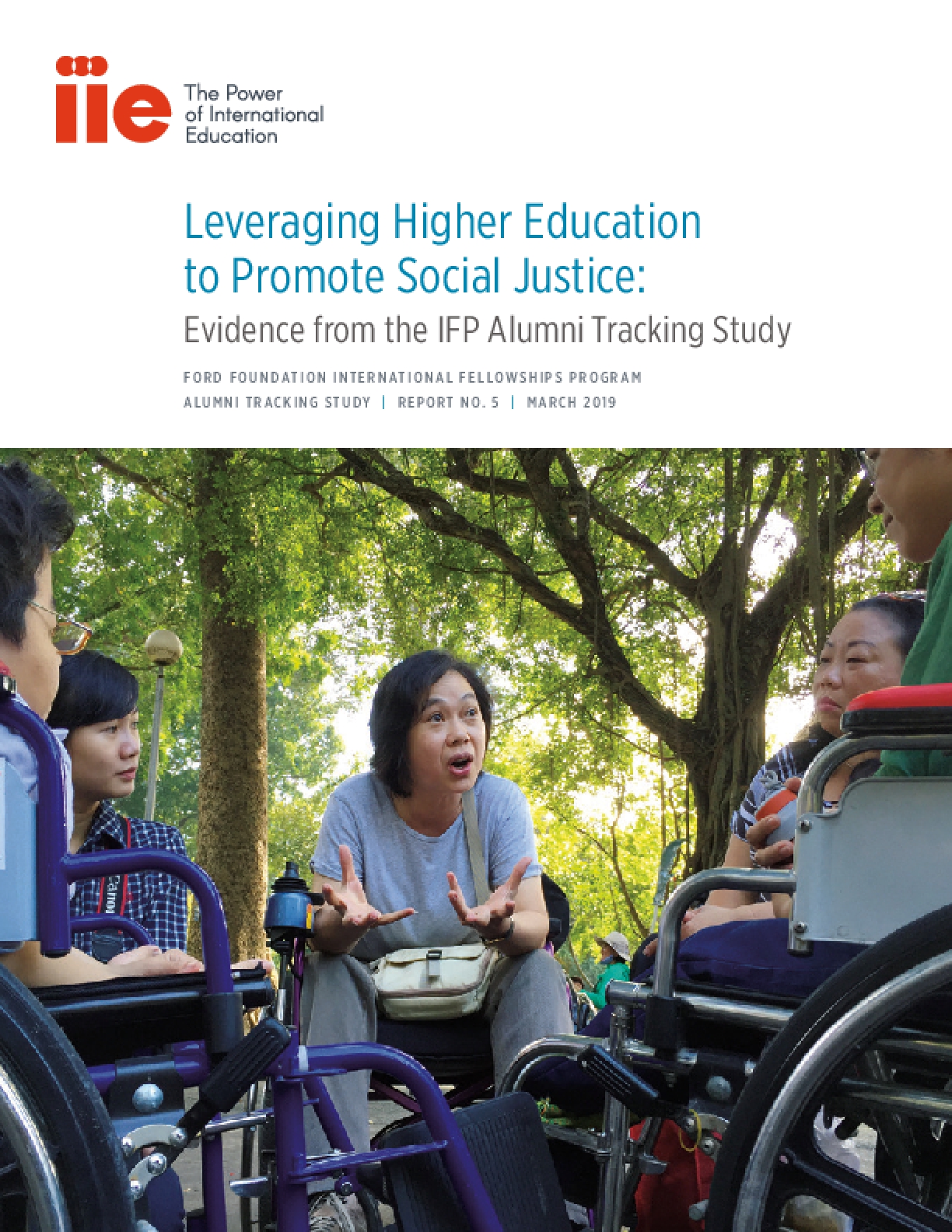