License to Kill: How Lax Concealed Carry Laws Can Combine with Stand Your Ground to Produce Deadly Results

The shooting death of Trayvon Martin and George Zimmerman's subsequent acquittal have focused the nation's attention on expansive self-defense laws -- so-called Stand Your Ground laws -- that enable an individual to use deadly force even in situations in which lesser force would suffice or in which the individual could safely retreat to avoid further danger. Leaders from around the country, including President Barack Obama and U.S. Attorney General Eric Holder, have questioned how Florida's law -- which is similar to laws enacted in 21 other states -- may have contributed to the circumstances that led to Martin's death. Yet the Martin case also implicates another set of laws: the state laws governing who may carry concealed firearms -- the laws that put a gun in Zimmerman's hands in the first place. Under Florida law, even individuals such as Zimmerman, who have a criminal history and a record of domestic abuse, are generally entitled to a concealed carry permit, as long as they are not barred from gun possession under federal law and as long as their offense does not meet a very narrow range of additional exclusions under state law. If Zimmerman had applied for a permit in one of the many states with stronger permit requirements, his history of violence and domestic abuse would likely have disqualified him from obtaining a concealed carry permit. This case might then have had a very different outcome. These bodies of law -- Stand Your Ground and concealed carry permitting -- concern issues that are traditionally left to the states. In many ways, these issues are appropriately decided at the state level; the self-defense and concealed carry laws of New Jersey should not be imposed on Montana and vice versa. But there is an appropriate federal role. The federal government should ensure that states do not enact laws that have racially disparate impacts or significantly jeopardize public safety. 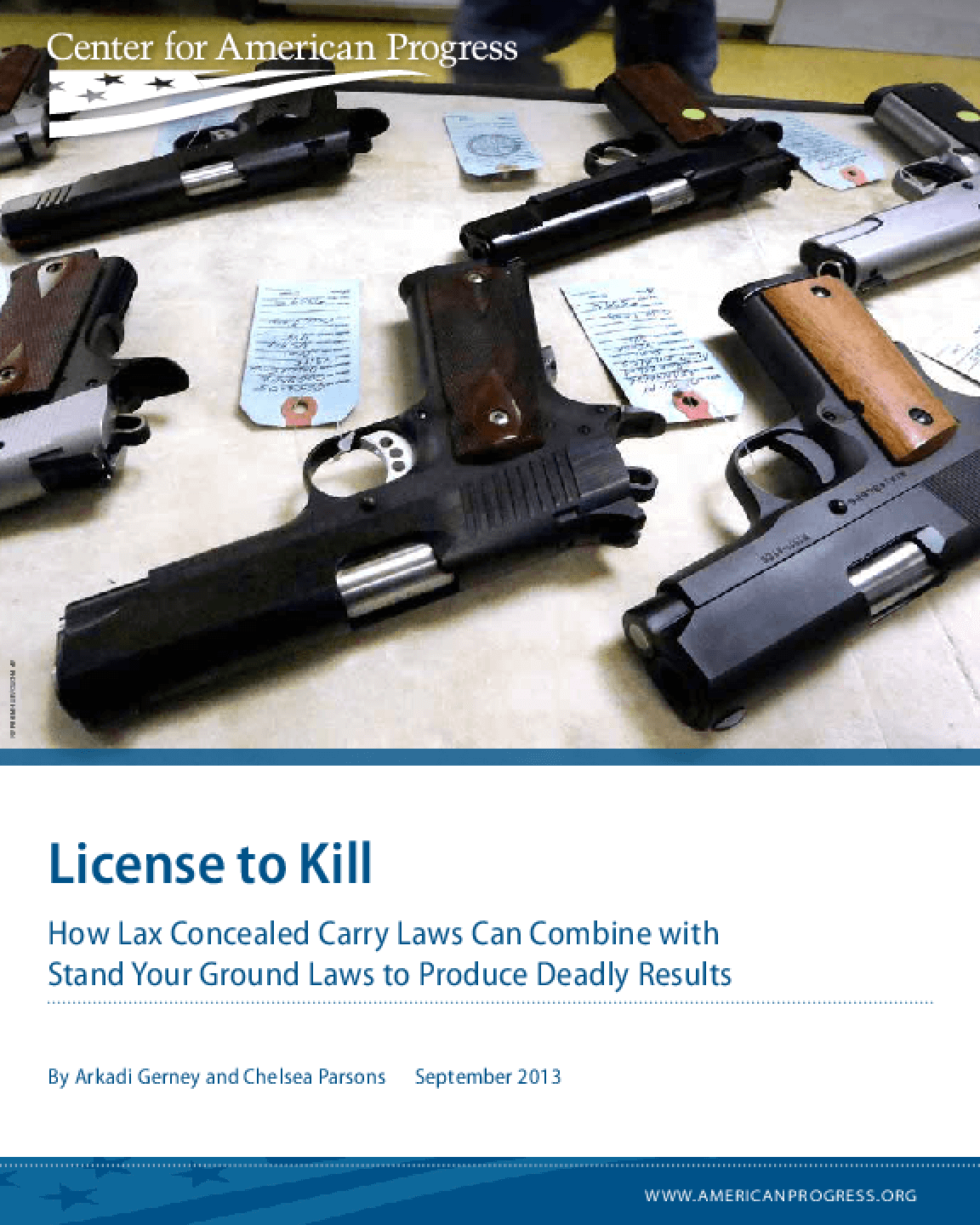