Life Sciences Innovation as a Catalyst for Economic Development: The Role of the Massachusetts Life Sciences Center

This report provides an up-to-date, independent evaluation of the $1 billion, 10-year Massachusetts Life Sciences Initiative and the Massachusetts Life Sciences Center (MLSC) charged with the responsibility of carrying out its mission. The initiative was established in July 2008 by Governor Deval Patrick's Administration and the Legislature to encourage the growth of discovery and production in the life sciences, including biotechnology, pharmaceuticals, medical diagnostics, medical devices and bioinformatics in the Commonwealth. Based on the region's existing comparative advantage in life sciences research and development (R&D) emanating from the laboratories of its leading universities and medical institutions, this substantial infusion of public funds was undertaken with the ambitious goal of making this cluster of industry sectors the most successful in the world. This evaluation comes at a propitious time, given the state of fiscal affairs in the Commonwealth and the nation. Virtually every unit of government is scrutinizing the use of each tax dollar to ensure that public revenue is being spent effectively and efficiently. Put simply, our goal in this evaluation was to gather as much data as possible to assess whether the Commonwealth's sizeable commitment of public resources is paying off in the form of a life sciences "super cluster" capable of attracting massive amounts of investment dollars, generating well-paying jobs for Massachusetts residents and yielding additional tax revenue for the Commonwealth. 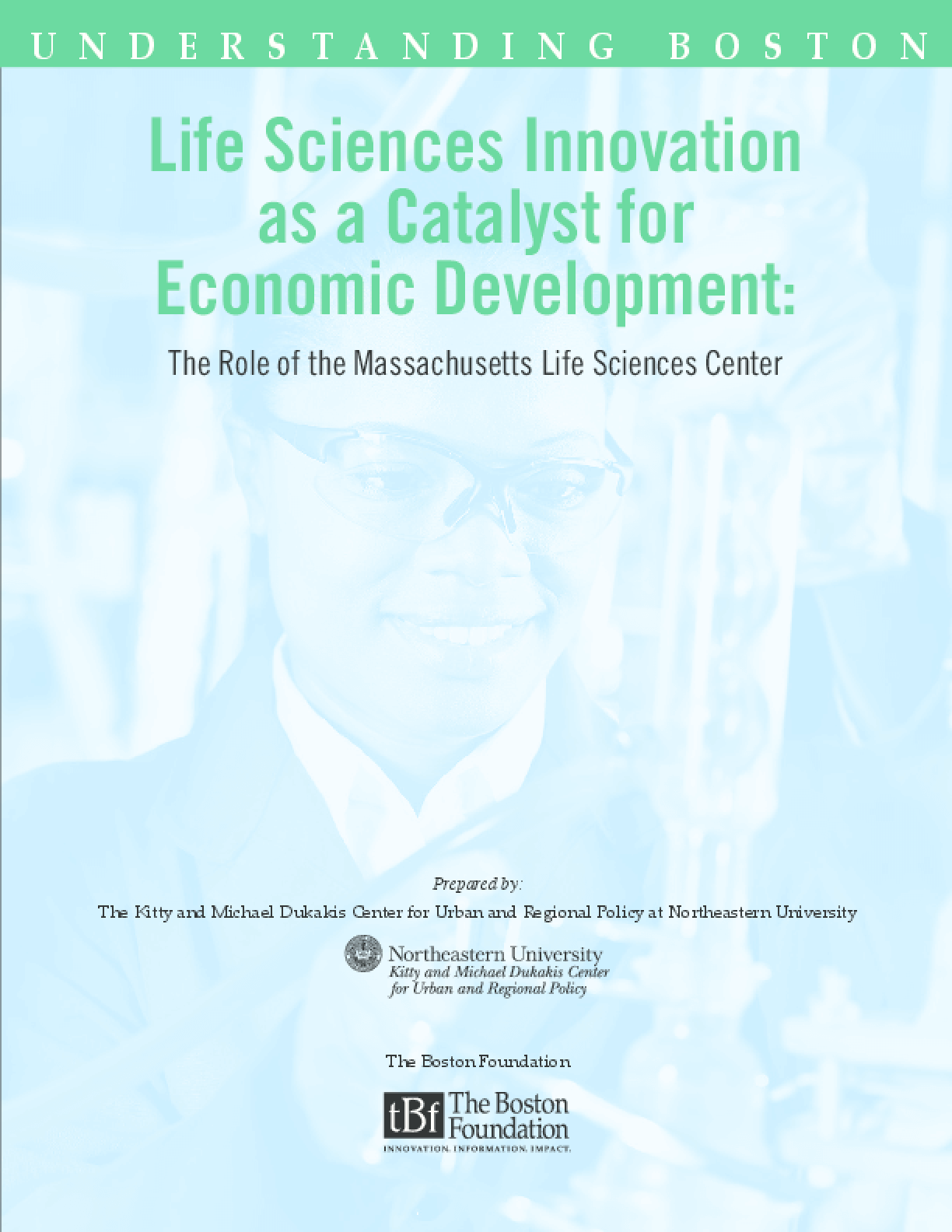