As global climate change unfolds, its effects are being felt disproportionately in the world's poorest countries and among the groups of people least able to cope. Many of the countries hardest hit by the effects of climate change also face rapid population growth, with their populations on track to double by 2050.

Population Action International (PAI) and Miz-Hasab Research Center (MHRC), in collaboration with the Joint Global Change Research Institute (JGCRI), studied which groups are most vulnerable, what community members say they need to adapt, and the role of family planning and reproductive health in increasing resilience to climate change impacts.

The study was carried out in 2008-2009 in peri-urban and rural areas of two regions in Ethiopia: the Oromia region and the Southern Nations, Nationalities and People's (SNNP) region. 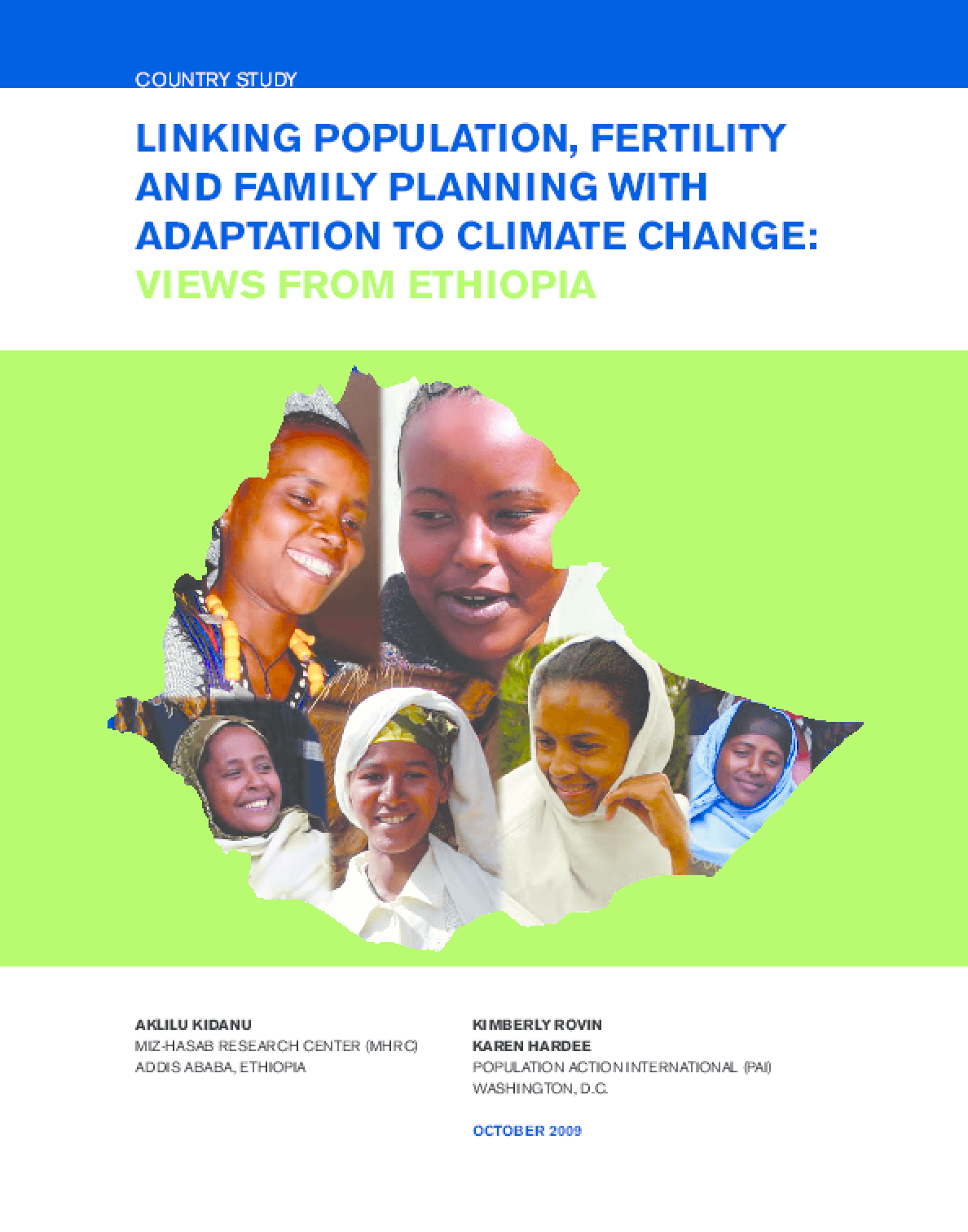