With support from the W.K. Kellogg Foundation, the International City/County Management Association (ICMA) and Michigan State University (MSU)'s Center for Regional Food Systems conducted this survey of local government activity around food systems in follow-up to the 2012 Food Policy and Program Survey for Local Governments. The survey seeks to understand how local government policies, programs, plans, and other activities support food production, processing, distribution, access, or disposal. Preliminary results are summarized in this document. The survey was distributed to all counties and to all municipalities that are in ICMA's database, which generally includes those with populations of at least 2,500. Hard copies were distributed twice, in May and August of 2015, and included a URL to an online response option. Surveys were addressed to the local government's chief administrative officer. The survey response rate is 15.7%, with a total of 2,237 local governments via hard copies and online. 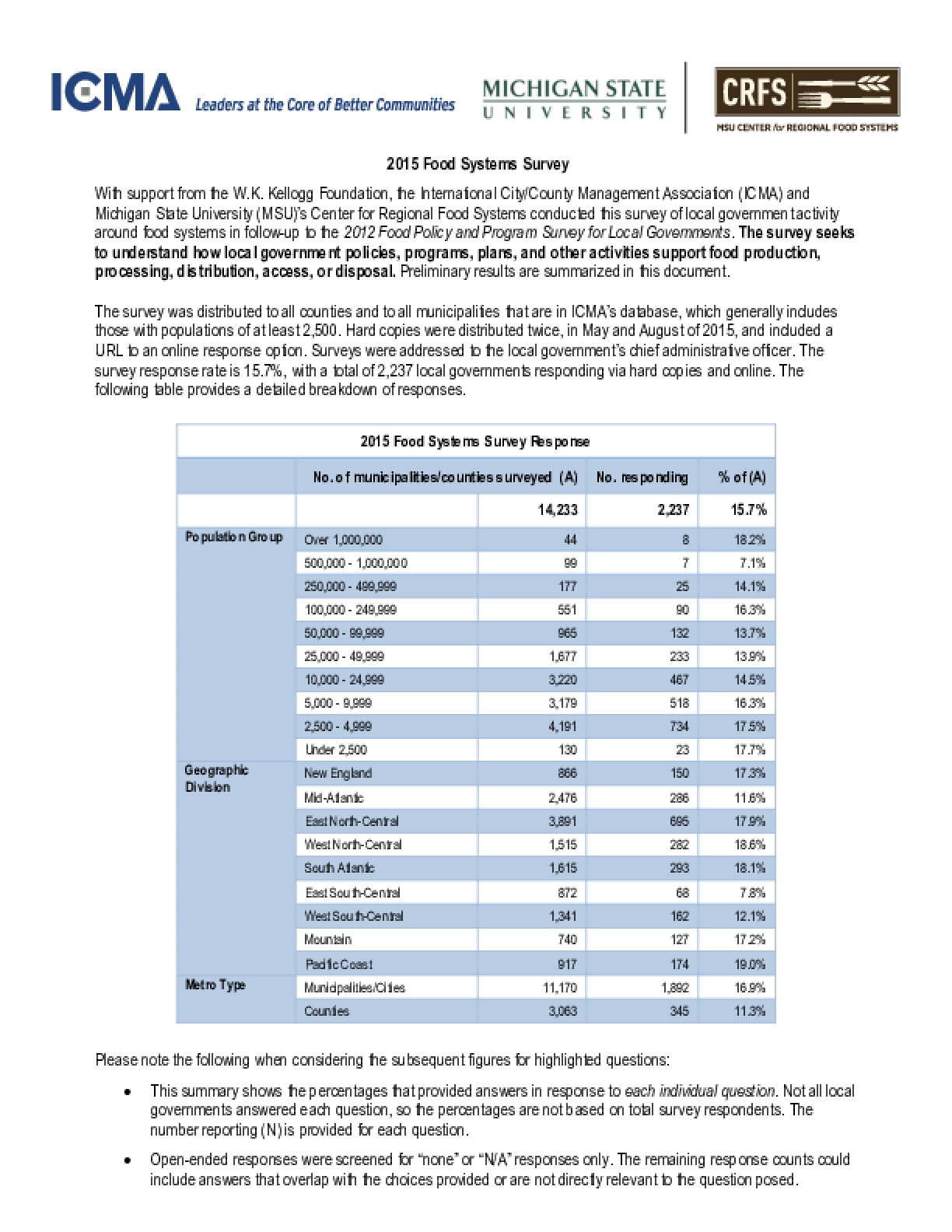