'Localising' the Post-2015 Agenda: What Does It Mean In Practice?

'Localising' the Post-2015 agenda is most commonly understood as the role that regional and local governments play in the implementation of a new set of goals. Subnational governments have responsibilities (either directly or shared with central government or in partnership with other stakeholders) for service provision in many areas related to the Sustainable Development Goals (SDGs). In order to deliver services effectively and help achieve the SDGs, they need to have adequate capacity and resources. In fact, the important role that local government play in a new development agenda has been recognised in a number of key inputs to the Post-2015 process. The High-Level Panel made this clear in its report to the UN Secretary-General. It stated that "the most pressing issue is not rural versus urban but how to foster a local, geographic approach to the post-2015 agenda. The Panel believes this can be done by disaggregating data by place, and giving local authorities a bigger role in setting priorities, executing plans, monitoring results and engaging with local firms and communities" 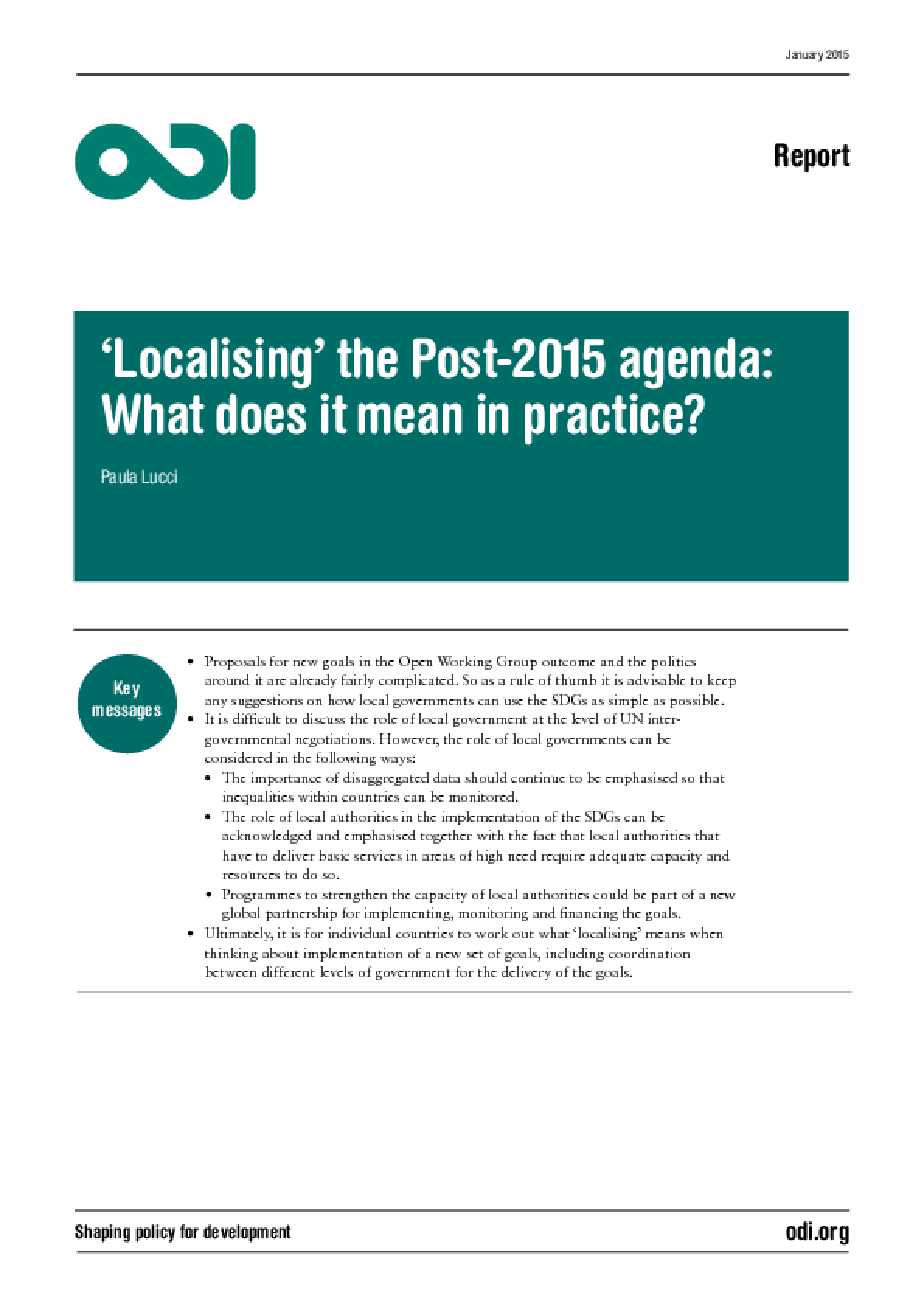