Lock, Stock and Barrel: How British arm components add up to deadly weapons

Since 1997, the UK has introduced robust criteria aimed at preventing the sale of weapons to countries where they could fuel conflict, undermine development, and violate human rights. But in today's global arms trade, weapons are increasingly assembled from components from many countries. Between 1998 and 2002, there was a four-fold increase in licences for the export of assault-rifle components from the UK. The UK applies weaker standards when licensing arms components then it applies to complete weapons. This is a potentially dangerous loophole which could allow UK components to contribute to suffering around the world. To prevent this, the UK should apply the same criteria in licensing components as it applies to complete weapons systems. 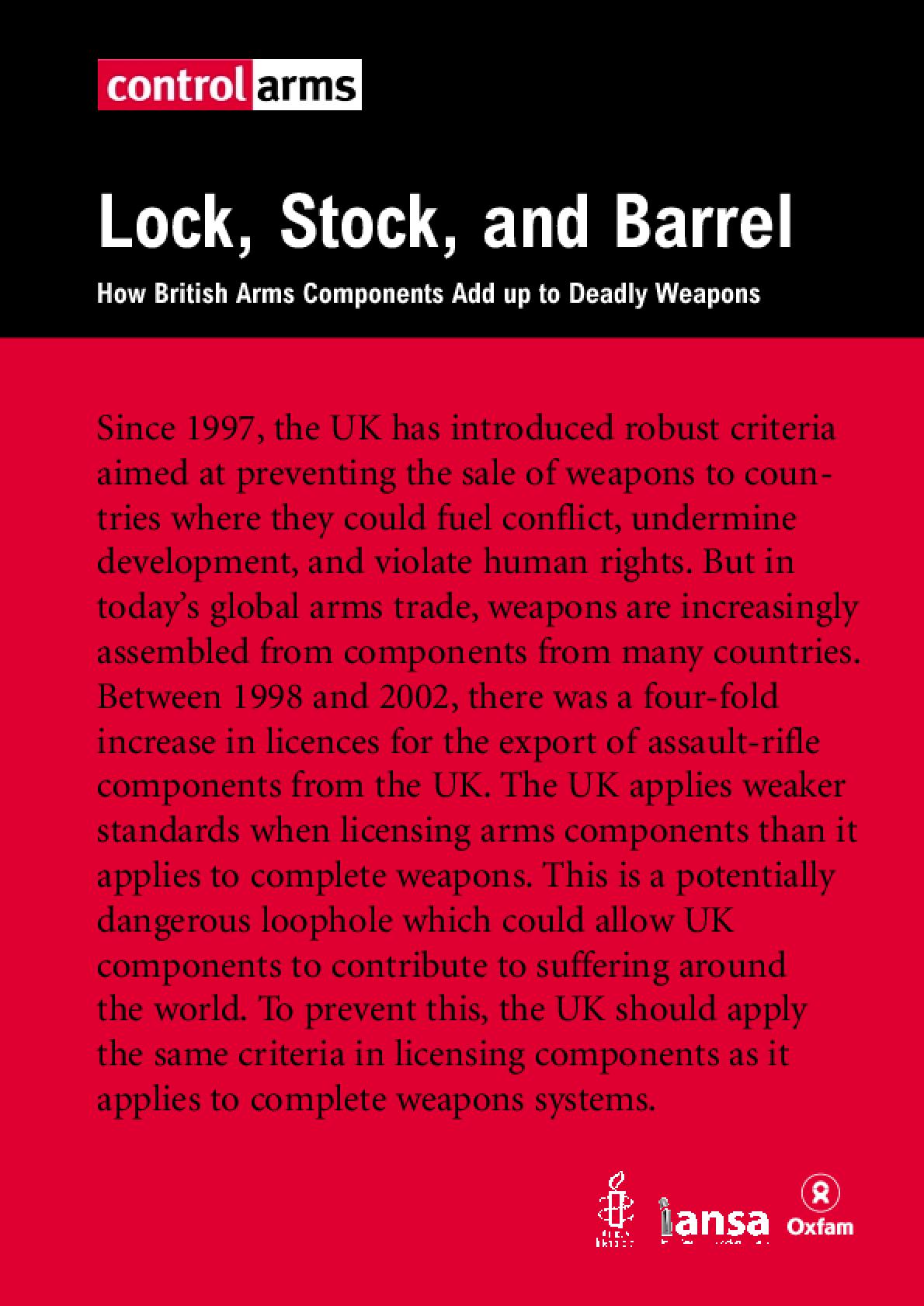