Locked Out: Keys to Homeownership Elude Many Working Families with Children

According to the latest Census statistics, nearly 70 percent of Americans now own their homes-the highest homeownership rate on record. However, a closer look at the numbers over the last 25 years suggests that homeownership rates among Working Families with Children were actually lower in 2003 than they were in 1978 and that the share of America's children living in owner-occupied units has also declined.

This report looks at the trends in home ownership for working families with children and suggests policies to increase the supply of affordable housing. 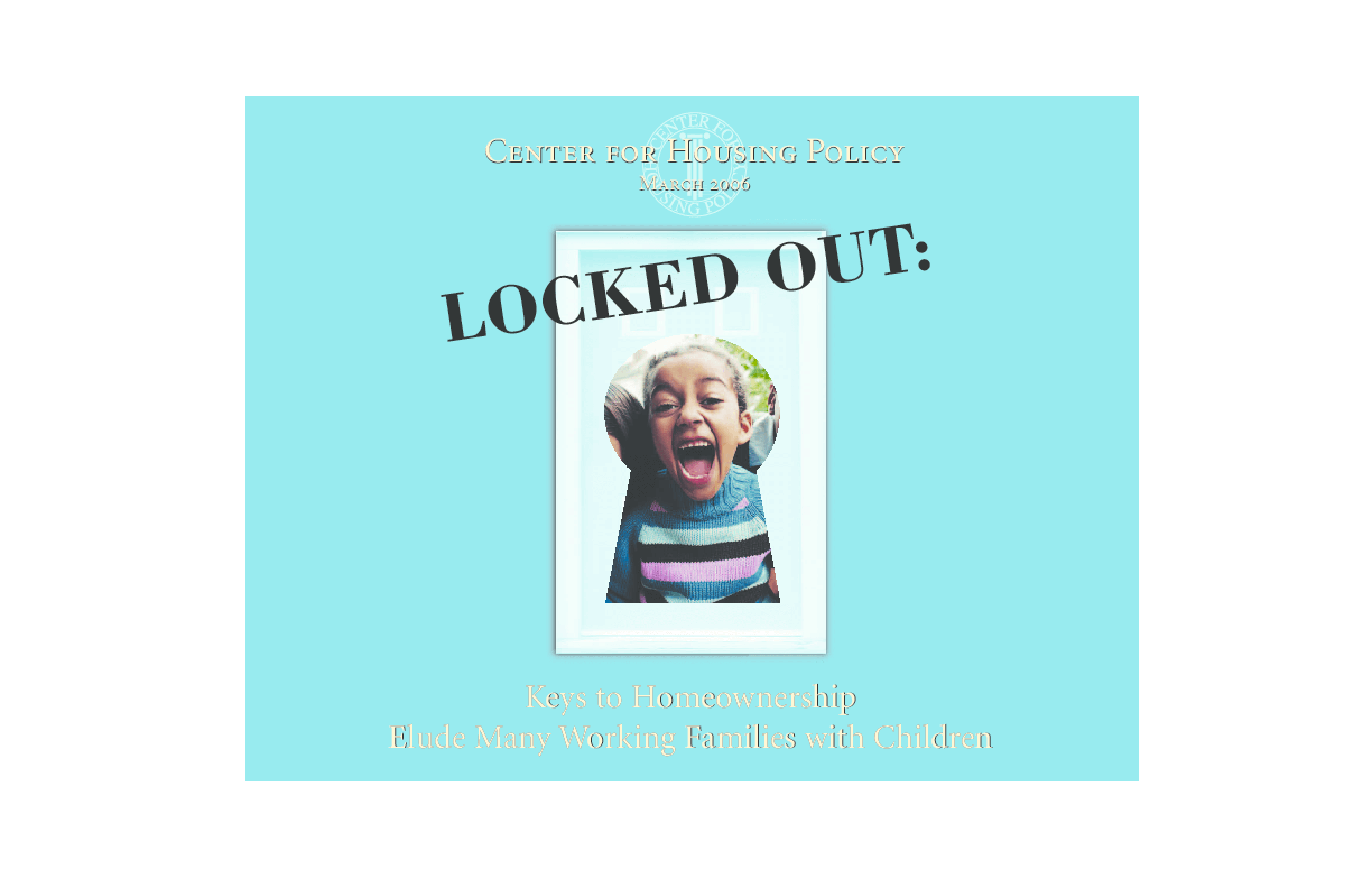