The unprecedented reach of electioneering communications laws leaves little room for unregulated political activity and puts even clearly non-political civic associations under the control of campaign finance bureaucrats.  The mere mention by a civic group of a candidate or ballot issue on its website, let alone an opinion, can trigger regulation. To find out how these laws—and the extensive disclosure and reporting requirements they impose would impact nonprofits in the real world, this project surveyed more than 1,000 civic groups in Florida, home to the broadest electioneering communications law in the nation.  The responses from more than 230 groups indicate:

These results demonstrate that electioneering communications laws impose expensive and intrusive regulations on civic groups if they simply exercise their First Amendment right to speak about politics.  In effect, electioneering communications laws "lock up" ordinary political speech as off-limits to groups without the resources to comply with the regulations. 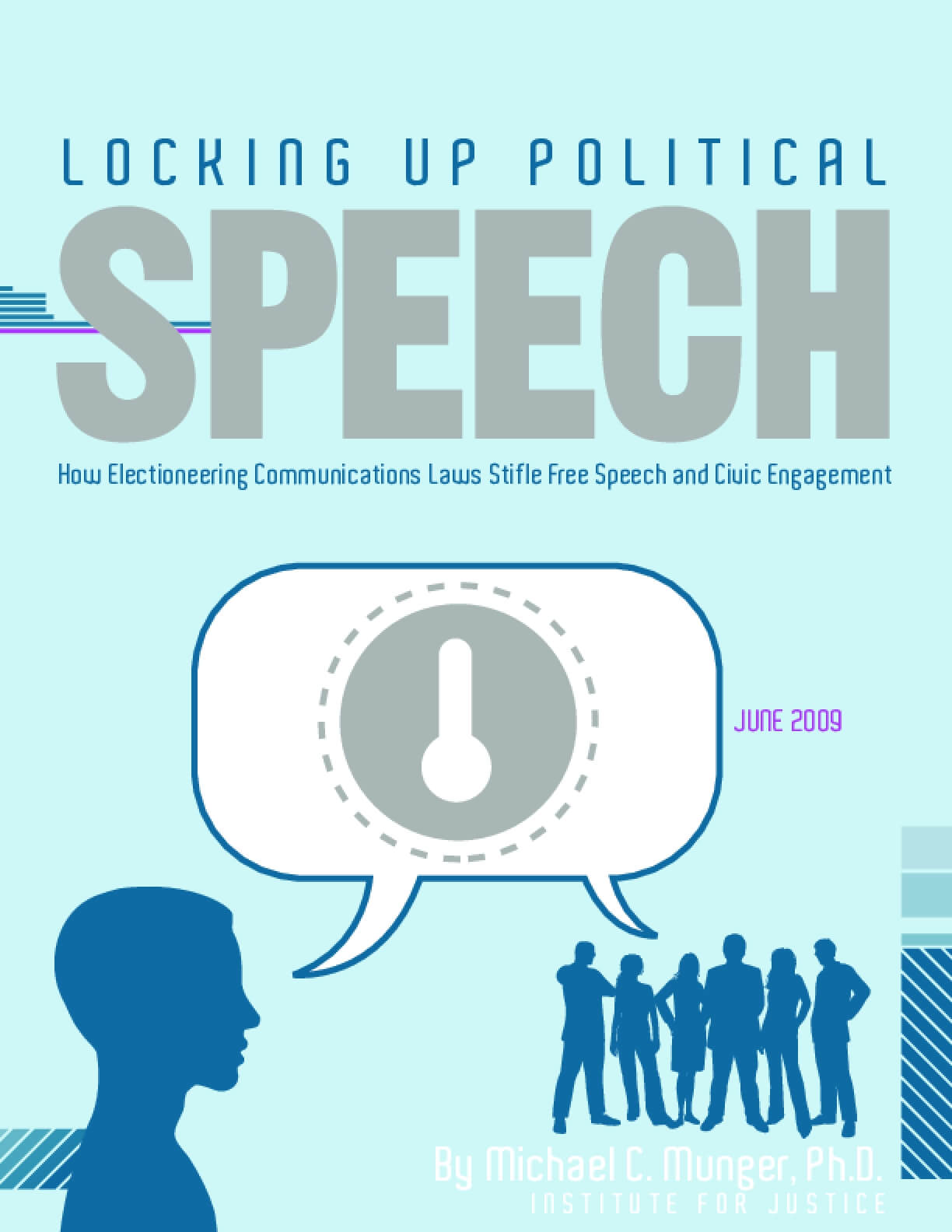