A long-standing school reform program in Georgia, known as the League of Professional Schools, has succeeded in improving the performance of its member schools. The League of Professional Schools is a Georgia based reform effort that emphasizes teacher participation in informed decision-making within schools. More than 100 schools throughout the state have enrolled themselves in the League. The Council for School Performance, which is housed within the Applied Research Center in the School of Policy Studies at Georgia State University, found a pattern of higher performance in League elementary schools than in similar elementary schools. Using the indicators of student achievement from the Council for School Performance elementary school reports, researchers found that schools participating in the League of Professional Schools performed better on all indicators and significantly better on one-third of the indicators. The evaluation concludes that this broad-based reform effort had specific and measurable impacts on student performance. 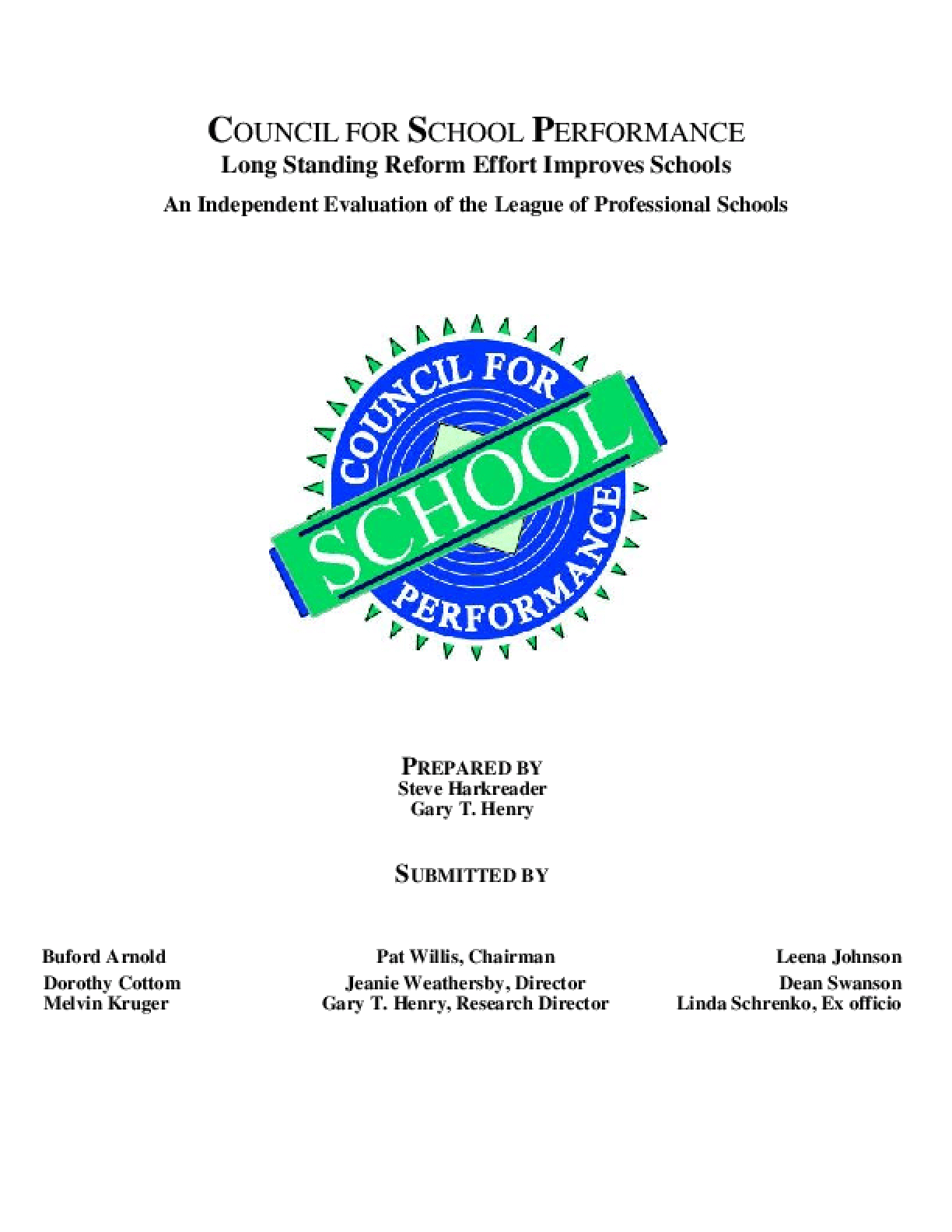