Losing Ground: Foreclosures in the Subprime Market and Their Cost to Homeowners

The "Losing Ground" study is the first comprehensive, nationwide review of millions of subprime mortgages originated from 1998 through the third quarter of 2006. CRL finds that despite low interest rates and a favorable economic environment during the past several years, the subprime market has experienced high foreclosure rates, and we project that one out of five (19.4%) subprime loans issued during 2005-2006 will fail.

The report discusses a number of factors that drive subprime foreclosures-these include adjustable rate mortgages with steep built-in rate and payment increases, prepayment penalties, limited income documentation, and no escrow for taxes and insurance. We also determine that these features cause a higher risk of default regardless of the borrower's credit score.

Our study also finds that recent high appreciation in many areas has masked problems in the subprime market, and that the cooling housing market will cause failure rates to rise sharply in many major markets. California, Arizona, Nevada, and greater Washington DC will be especially hard hit. Also in this report, we project lifetime foreclosure rates for 2006-originated subprime loans in each MSA in the United States. 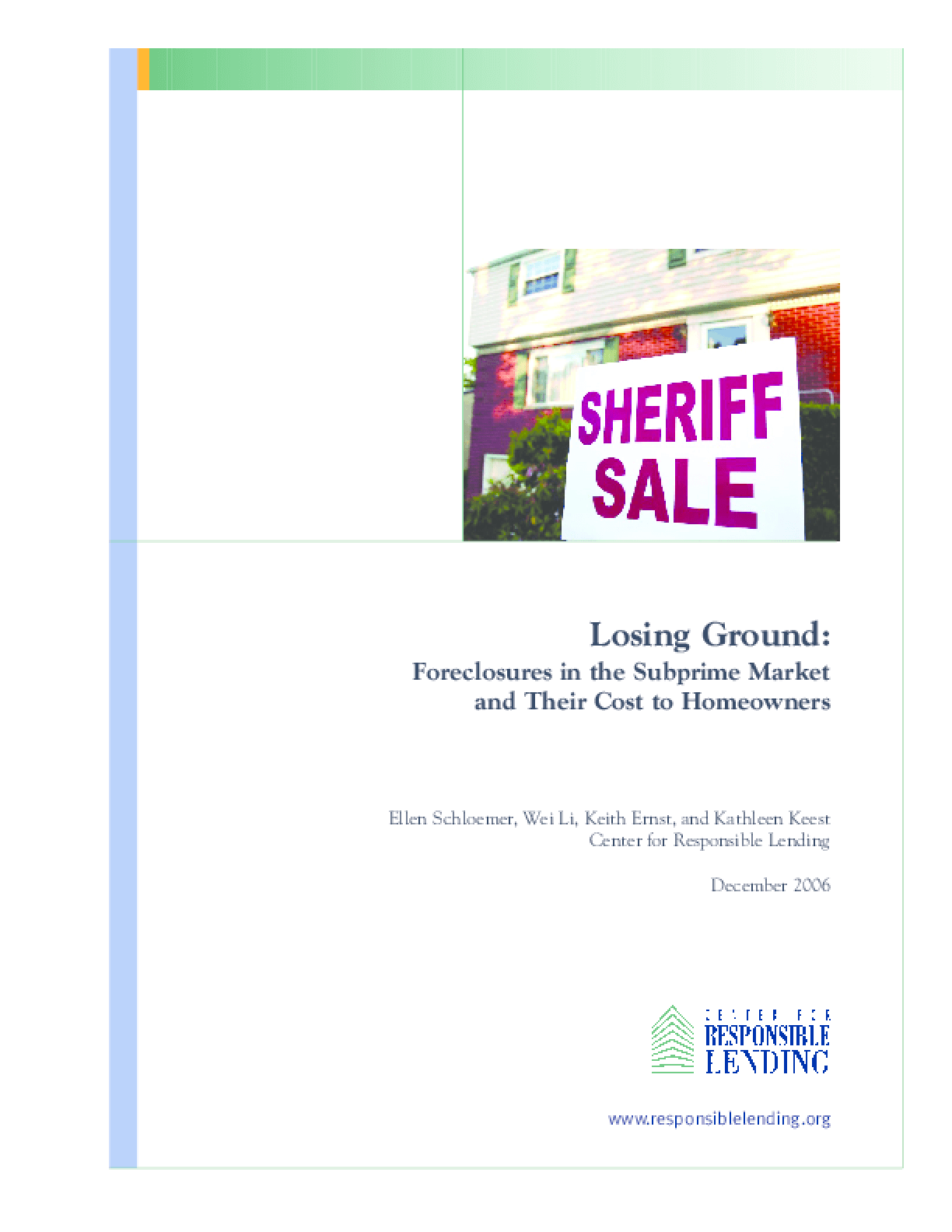