Lost: The Crisis Of Jobless and Out Of School Teens and Young Adults In Chicago, Illinois and the U.S.

This report contains compilations and calculations of various employment data for males and females 16 to 24 years old by race/ethnicity from 2005 to 2014, comparing Chicago, Illinois, the U.S. and in some instances, adding Los Angeles and New York. Besides an array of figures and tables, the report contains GIS generated maps that illustrate the relationship between employment data and population distribution by race/ethnicity. A significant contribution of this report is its demonstration that low rates of employment are spatially concentrated in neighborhoods that are also racially segregated. This report clearly highlights that youth employment rates are tied to conditions in neighborhoods and cannot be seen as distinct from what is happening in the neighborhoods themselves. The devastation of unemployment in turn, wreaks havoc on the neighborhood. 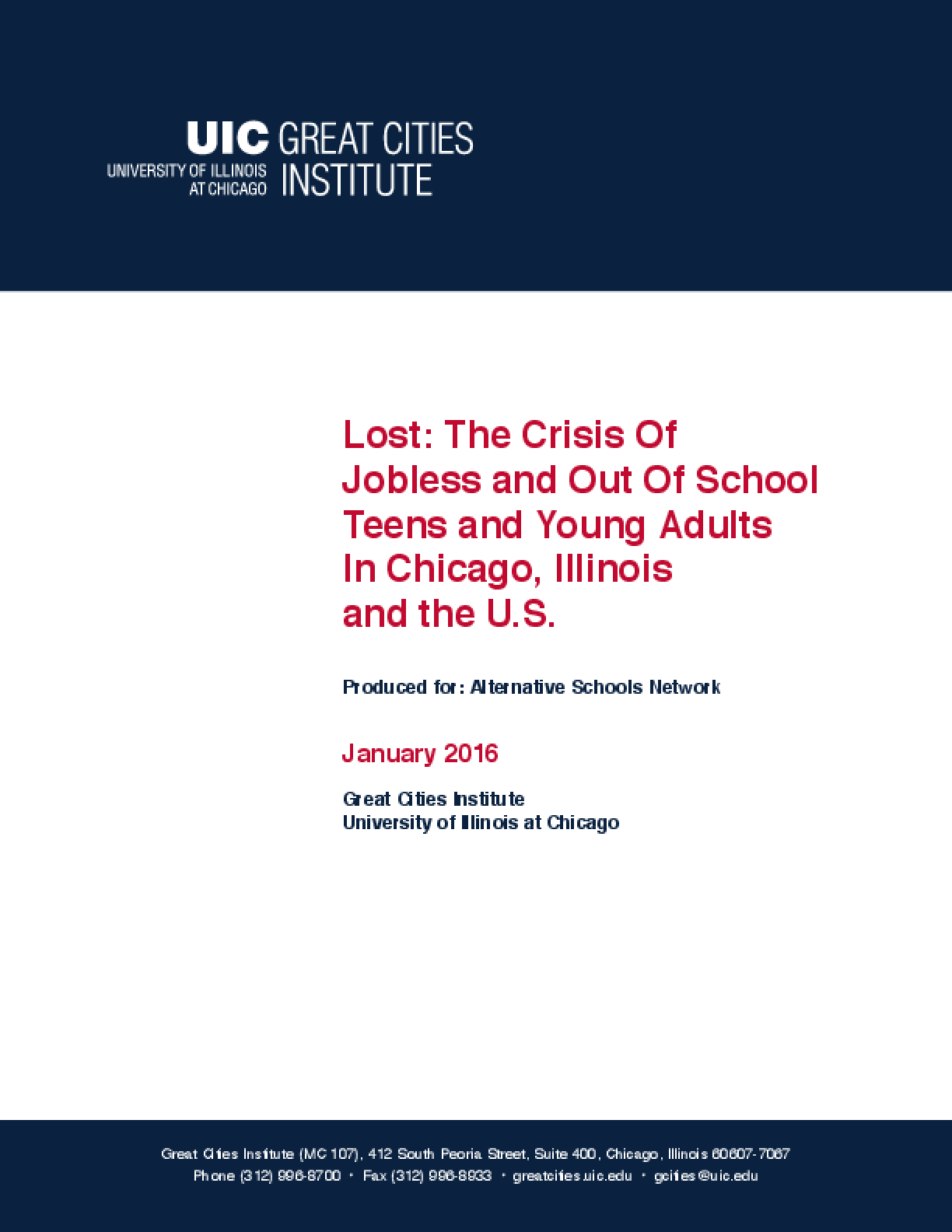