Technologies available today, and those expected to become competitive over the next decade, will permit a rapid decarbonization of the global energy economy. New renewable energy technologies, combined with a broad suite of energy-efficiency advances, will allow global energy needs to be met without fossil fuels and by adding only minimally to the cost of energy services

The world is now in the early stages of an energy revolution that over the next few decades could be as momentous as the emergence of oiland electricity-based economies a century ago. Double-digit market growth, annual capital flows of more than $100 billion, sharp declines in technology costs, and rapid progress in the sophistication and effectiveness of government policies all herald a promising new energy era.

Advanced automotive, electronics, and buildings systems will allow a substantial reduction in carbon dioxide (CO2) emissions, at negative costs once the savings in energy bills is accounted for. The savings from these measures can effectively pay for a significant portion of the additional cost of advanced renewable energy technologies to replace fossil fuels, including wind, solar, geothermal, and bioenergy.

Resource estimates indicate that renewable energy is more abundant than all of the fossil fuels combined, and that well before mid-century it will be possible to run most national electricity systems with minimal fossil fuels and only 10 percent of the carbon emissions they produce today. The development of smart electricity grids, the integration of plug-in electric vehicles, and the addition of limited storage capacity will allow power to be provided without the baseload plants that are the foundation of today's electricity systems.

Recent climate simulations conclude that CO2 emissions will need to peak within the next decade and decline by at least 50 to 80 percent by 2050. This challenge will be greatly complicated by the fact that China, India, and other developing countries are now rapidly developing modern energy systems.

The only chance of slowing the buildup of CO2 concentrations soon enough to avoid catastrophic climate change that could take centuries to reverse is to transform the energy economies of industrial and developing countries almost simultaneously. This would have seemed nearly impossible a few years ago, but since then, the energy policies and markets of China and India have begun to change rapidly -- more rapidly than those in many industrial countries. Renewable and efficiency technologies will allow developing countries to increase their reliance on indigenous resources and reduce their dependence on expensive and unstable imported fuels

Around the world, new energy systems could become a huge engine of industrial development and job creation, opening vast new economic opportunities. Developing countries have the potential to "leapfrog" the carbon-intensive development path of the 20th century and go straight to the advanced energy systems that are possible today. 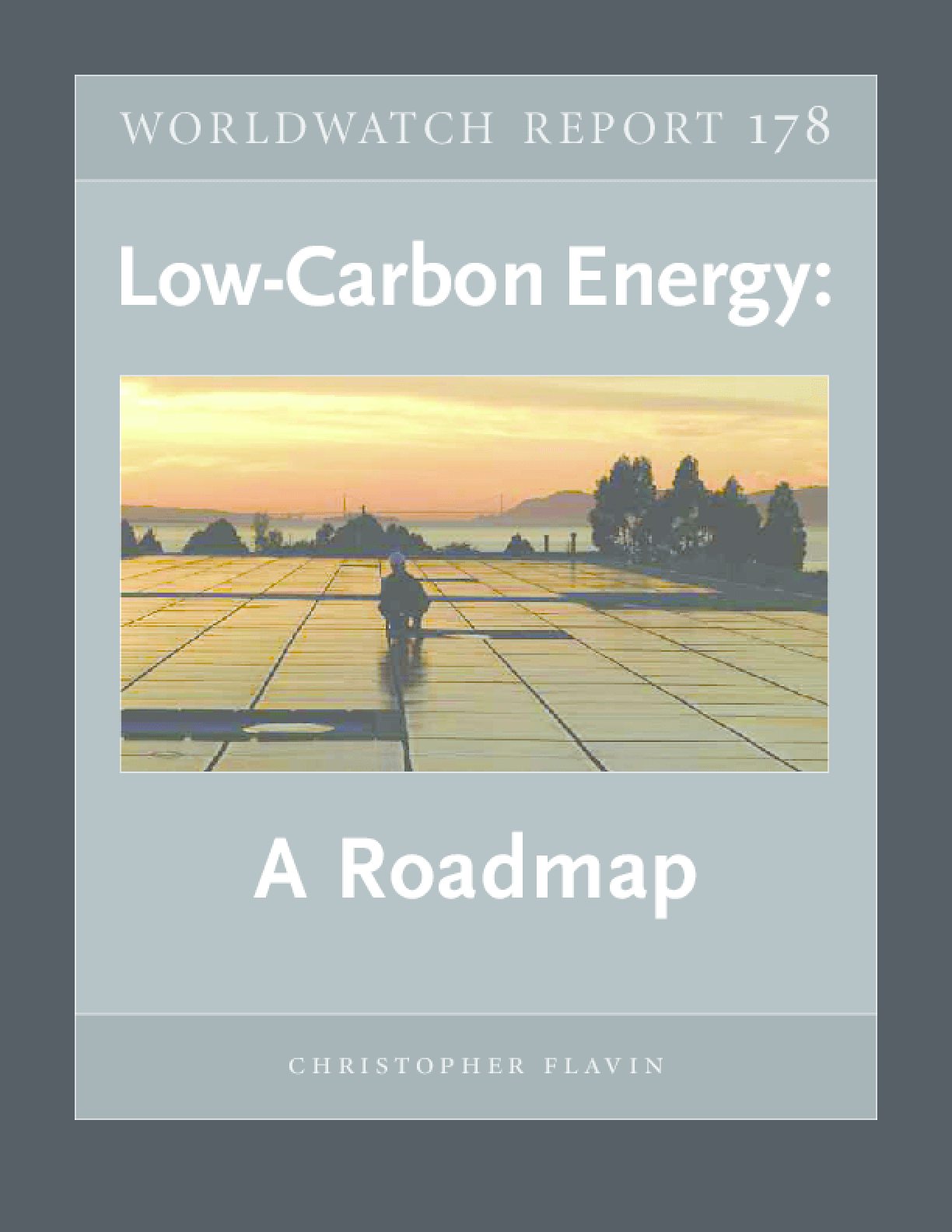