The IMF makes policy recommendations to European countries through its Article IV consultations and resulting papers. This paper examines IMF policy recommendations to see whether they have contributed to the ongoing crisis in Europe, and also how they might affect other European Union goals such as those of Europe 2020, which seeks to reduce social exclusion, promote public investment in research and development, and promote employment and education.

The paper examines the policy advice given by the IMF to European Union countries in 67 Article IV agreements for the four years 2008-2011 (IMF 2012c).

Content analysis finds a consistent pattern of policy recommendations, which indicates (1) a macroeconomic policy that focuses on reducing spending and shrinking the size of government, in many cases regardless of whether this is appropriate or necessary, or may even exacerbate an economic downturn; and (2) a focus on other policy issues that would tend to reduce social protections for broad sectors of the population (including public pensions, health care, and employment protections), reduce labor's share of national income, and possibly increase poverty, social exclusion, and economic and social inequality as a result.

Europe remains mired in its second recession in three years, and the International Monetary Fund's (IMF's) most recent (October 2012) World Economic Outlook (WEO) sees its problems as perhaps the most important drag on world economic growth.

The IMF is also part of the so-called "troika" -- with the European Commission (EC) and European Central Bank (ECB) that has been deciding or strongly influencing economic policy in the eurozone, as well as affecting policy in the rest of the European Union, especially since the world economic crisis and recession of 2008-2009. This paper raises questions as to whether the IMF's policy advice has contributed to the ongoing economic problems in Europe. 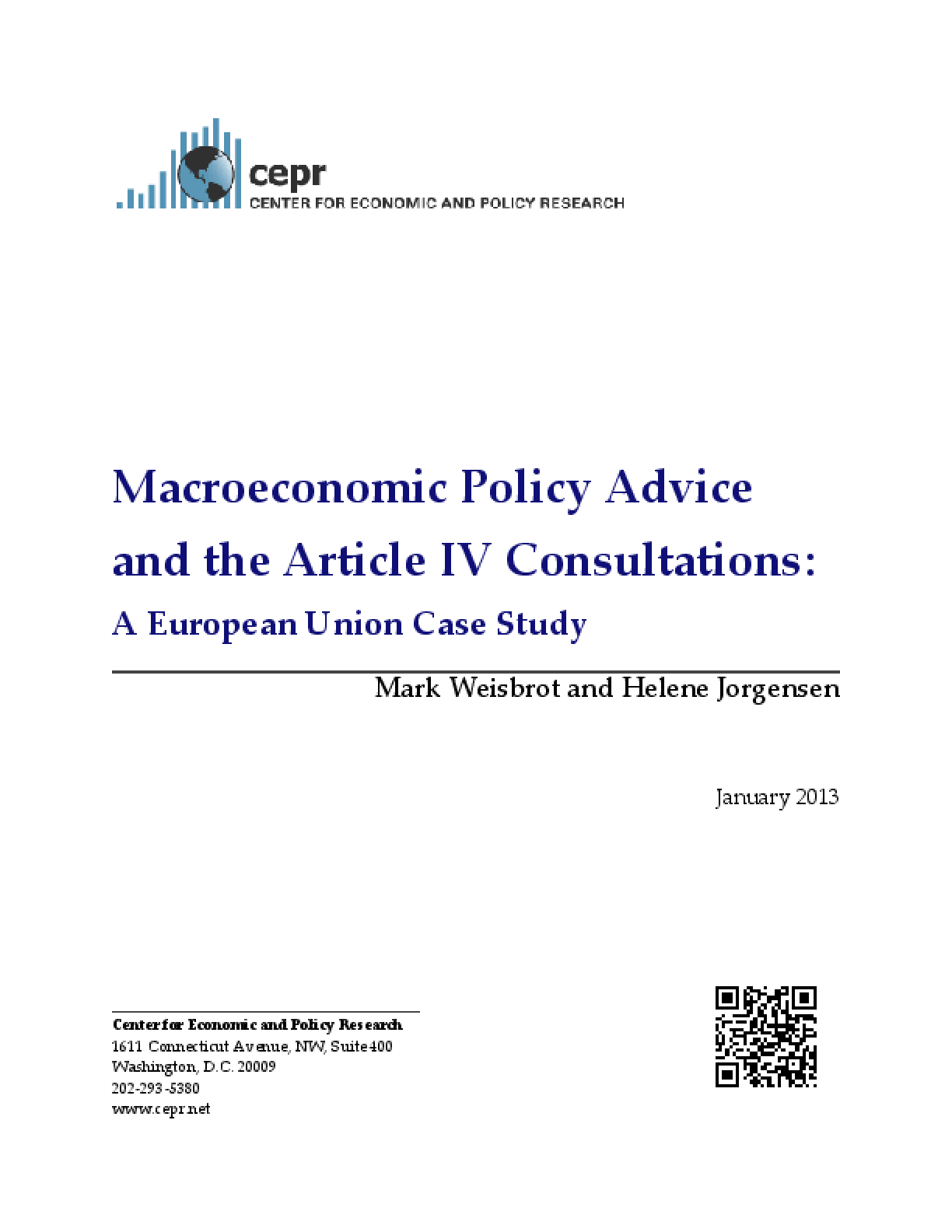