Maintaining A Competitive Edge: The Role of the Foreign-Born and U.S. Immigration Policies in Science and Engineering

Foreign-born scientists and engineers (S&Es) have long played a prominent role in U.S. technological and scientific advancement and are a critical part of the science and engineering (S&E) labor force in corporations, universities, and research centers nationwide. However, long-standing structural flaws in the U.S. visa system and the unintended consequences of security procedures instituted since September 11, 2001, may be causing an increasing number of S&Es to forgo coming to the United States, thereby depriving the nation of a critical supply of human talent. 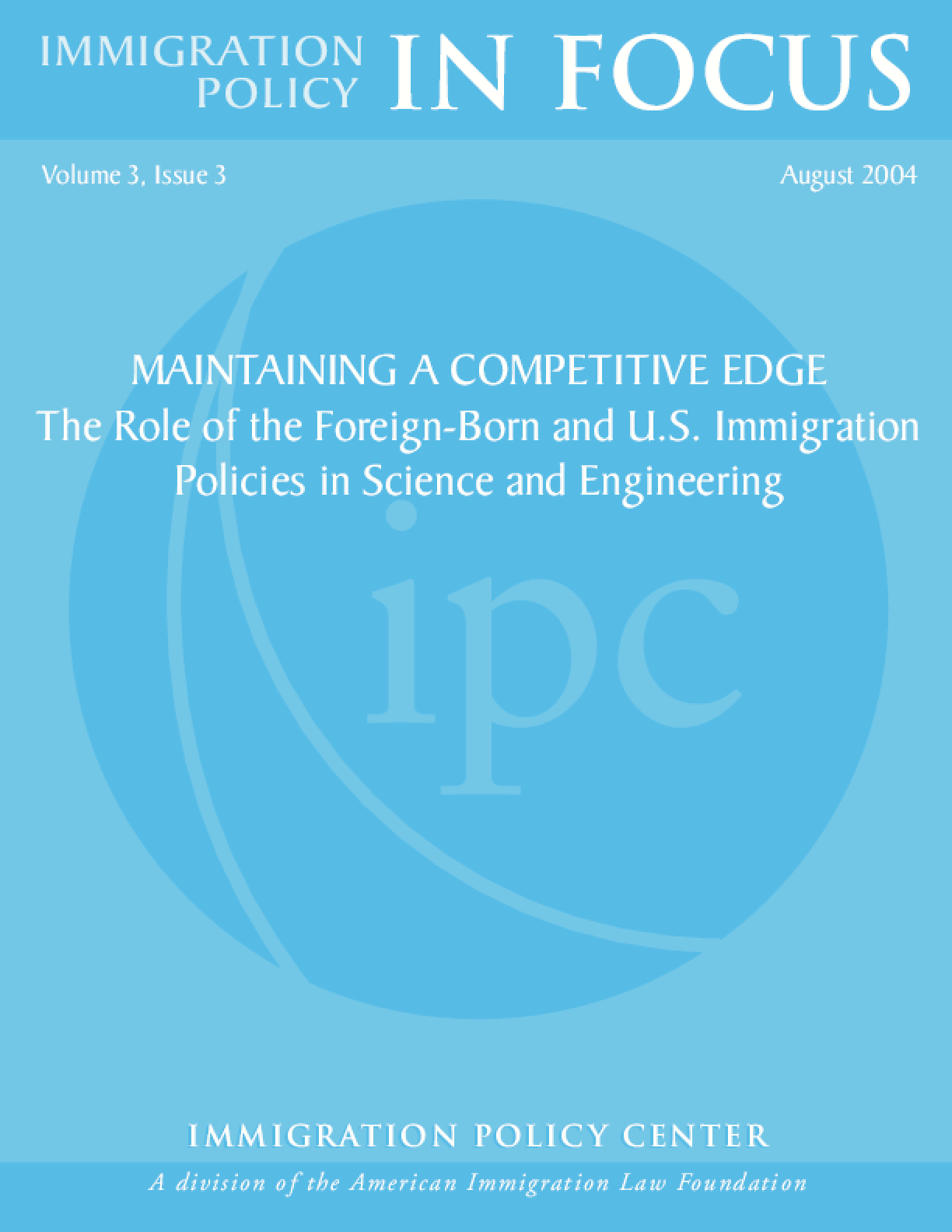