In 2016, USAID's Center of Excellence on Democracy, Human Rights, and Governance launched its Learning Agenda—a set of research questions designed to address the issues that confront staff in USAID field offices working on the intersection of development and democracy, human rights, and governance. This literature review—produced by a team of political scientists, geographers, and an anthropologist—synthesizes scholarship from diverse research traditions on the following Learning Agenda question:

The authors identify five strategies that have worked in at least some instances to pry open civic space under backsliding regimes: 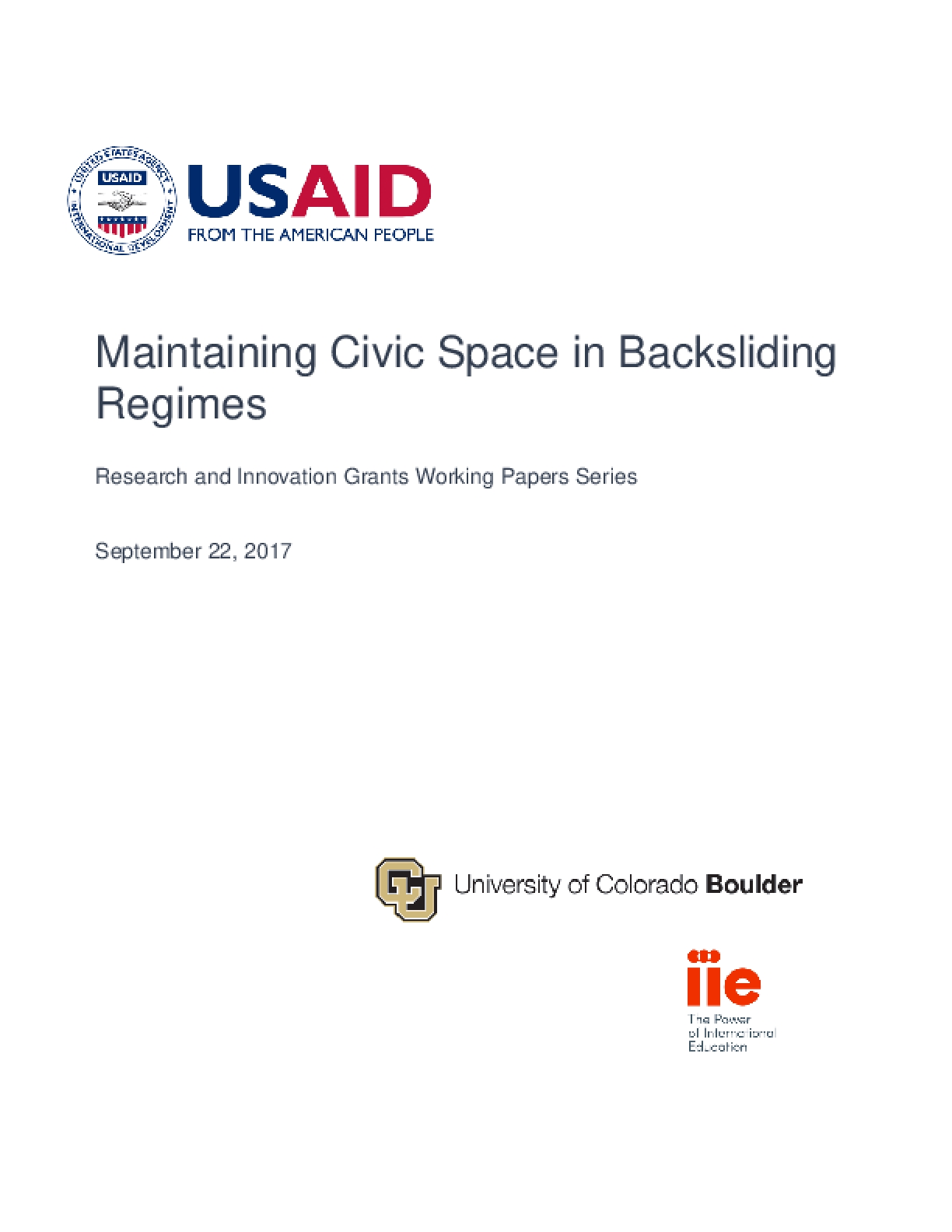