Making a Difference: An Impact Study of Big Brothers/Big Sisters (Re-issue of 1995 Study)

This is a reissue of P/PV's 1995 impact study of Big Brothers Big Sisters, Making a Difference, which proved that BBBS' high-quality mentoring has tangible and significant effects on the lives of youth. Researchers examined the lives of 1,000 10- to 16-year-olds who applied to Big Brothers Big Sisters for mentors. More than 60 percent of them were boys; more than half were members of minority groups, mostly African American. Over 80 percent came from impoverished families, approximately 40 percent were from homes with a history of drug or alcohol abuse, and almost all were being raised by a single parent. Half of these young people were matched with a mentor, while the rest stayed on the waiting list. Eighteen months later, the differences between the two groups were surprising: weekly meetings with a mentor for (on average) a year had reduced first-time drug use by almost half and first-time alcohol use by a third, had cut school absenteeism by half, improved parental and peer relationships, and gave the youth confidence in doing their school work. 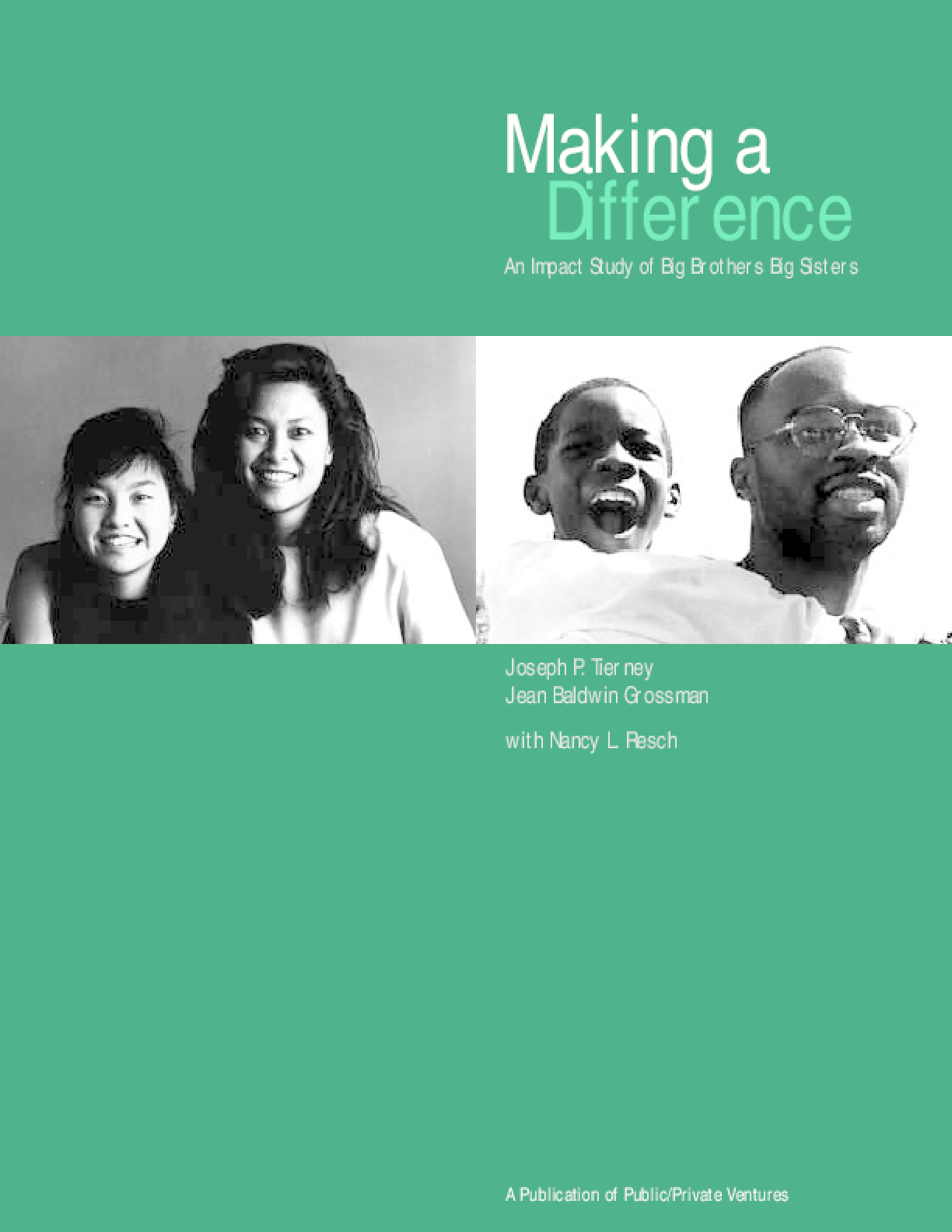