The third in a series of reports from P/PV's three-year study of the role Boys & Girls Clubs play in the lives of the youth they serve, Making Every Day Count examines how Club participation is related to youth's positive and healthy development in three outcome areas identified by Boys & Girls Clubs of America as central to its mission: good character and citizenship, academic success and healthy lifestyles. The report draws on several sources of data -- surveys of a low-income, ethnically diverse sample of approximately 320 youth (starting when they were seventh and eighth graders and following them into the ninth and tenth grades), Club attendance records over a 30-month period, and in-depth interviews with a sample of ninth graders -- to investigate the relationship between participation and outcomes. The findings show that teens who had higher levels of participation in the Clubs experienced greater positive change on 15 of 31 outcomes examined, including increases in integrity (knowing right from wrong) and academic confidence, decreases in incidents of skipping school, and a lower likelihood of starting to carry a weapon or use marijuana or alcohol. Qualitative data bolster these findings, providing insights from youth and staff about the practices and strategies that support the influence of the Club, as a whole, on youth's lives. The data suggest that there is a confluence of things the Clubs are doing right to serve teens and sustain their connection to the Club as they transition from middle school to high school. Interviewed staff and the teens spoke about the overall Club environment, the safe place it provides and the role of interactions with supportive adults and peers as crucial -- and, in their view, more important than specific programming -- in helping promote teens' positive development. The findings from the evaluation offer a promising picture of the role Clubs can play in the lives of teens; they also point to valuable lessons for the larger out-of-school-time field, where there is increasing interest in the question of how to effectively engage teens -- a population that has been critically underserved in many low-income communities. 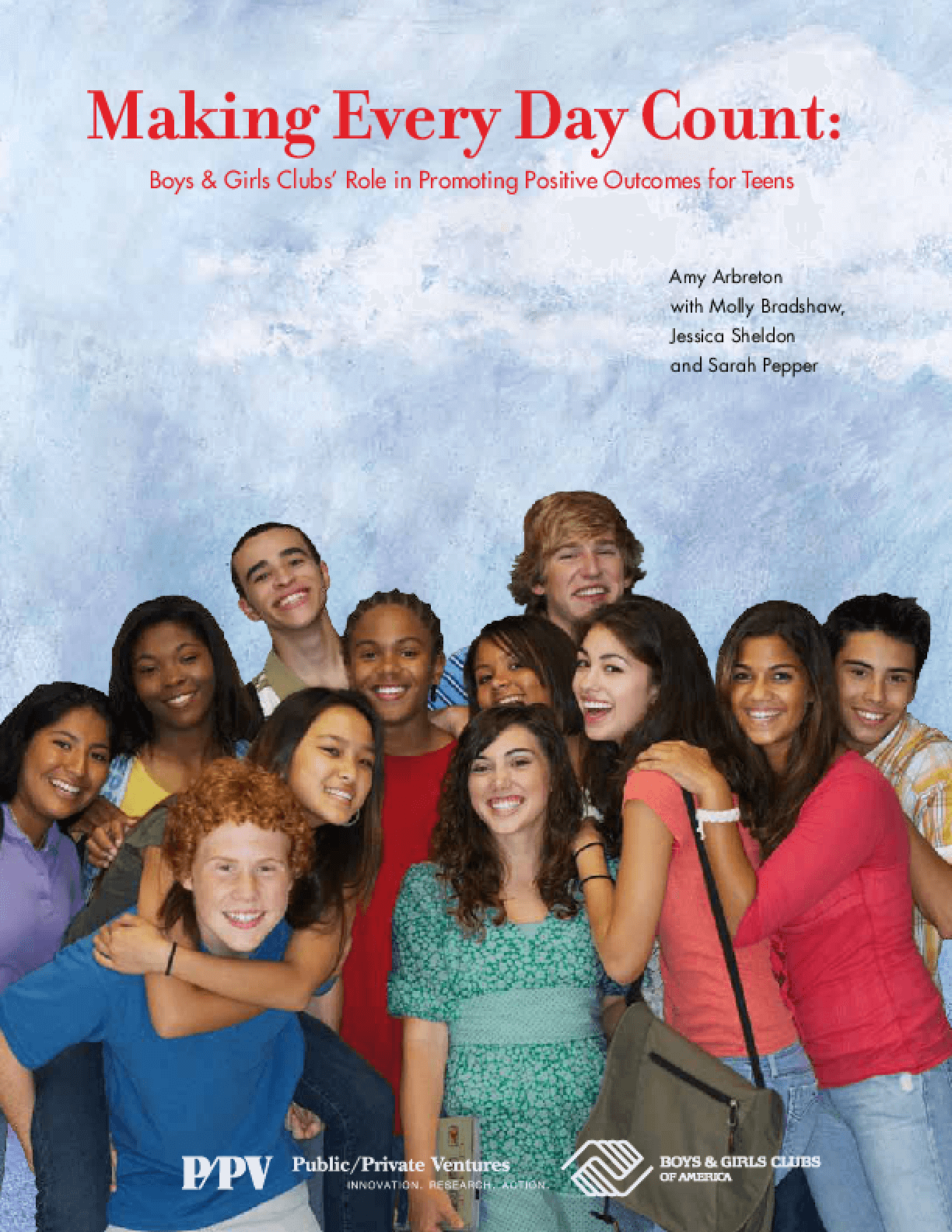