In 2016, USAID's Center of Excellence on Democracy, Human Rights, and Governance launched its Learning Agenda—a set of research questions designed to address the issues that confront staff in USAID field offices working on the intersection of development and democracy, human rights, and governance. This literature review—produced by a team of political scientists, sociologists, and lawyers—synthesizes scholarship from diverse research traditions on the following Learning Agenda question:

This report synthesizes scholarship bearing on these questions from diverse research traditions and assesses the interdisciplinary state of knowledge regarding the effects, both intended and unintended, of human rights awareness campaigns and the characteristics that make such awareness campaigns effective. This review is divided into five sections: 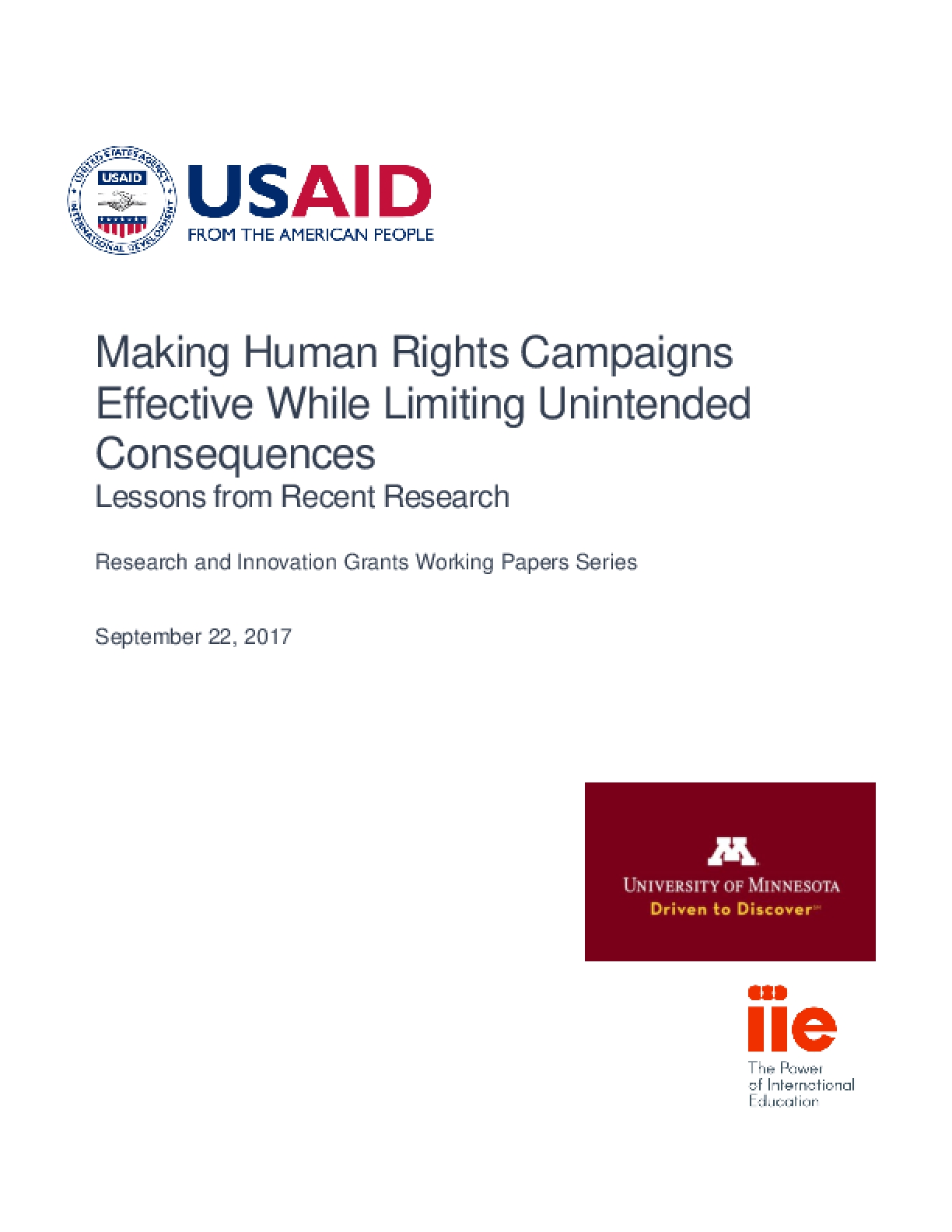