This is an overview of Ireland's changed migration landscape, followed by a description of The One Foundation's (OF) thinking on measures to effect change in response to a growing immigrant population, and the investments made to achieve its goal -- to make immigrant rights real in Ireland. A case study of an investment in the Migrant Rights Centre Ireland (MRCI) follows to provide a deeper understanding of some advocacy approaches taken, their impact, and lessons learned. 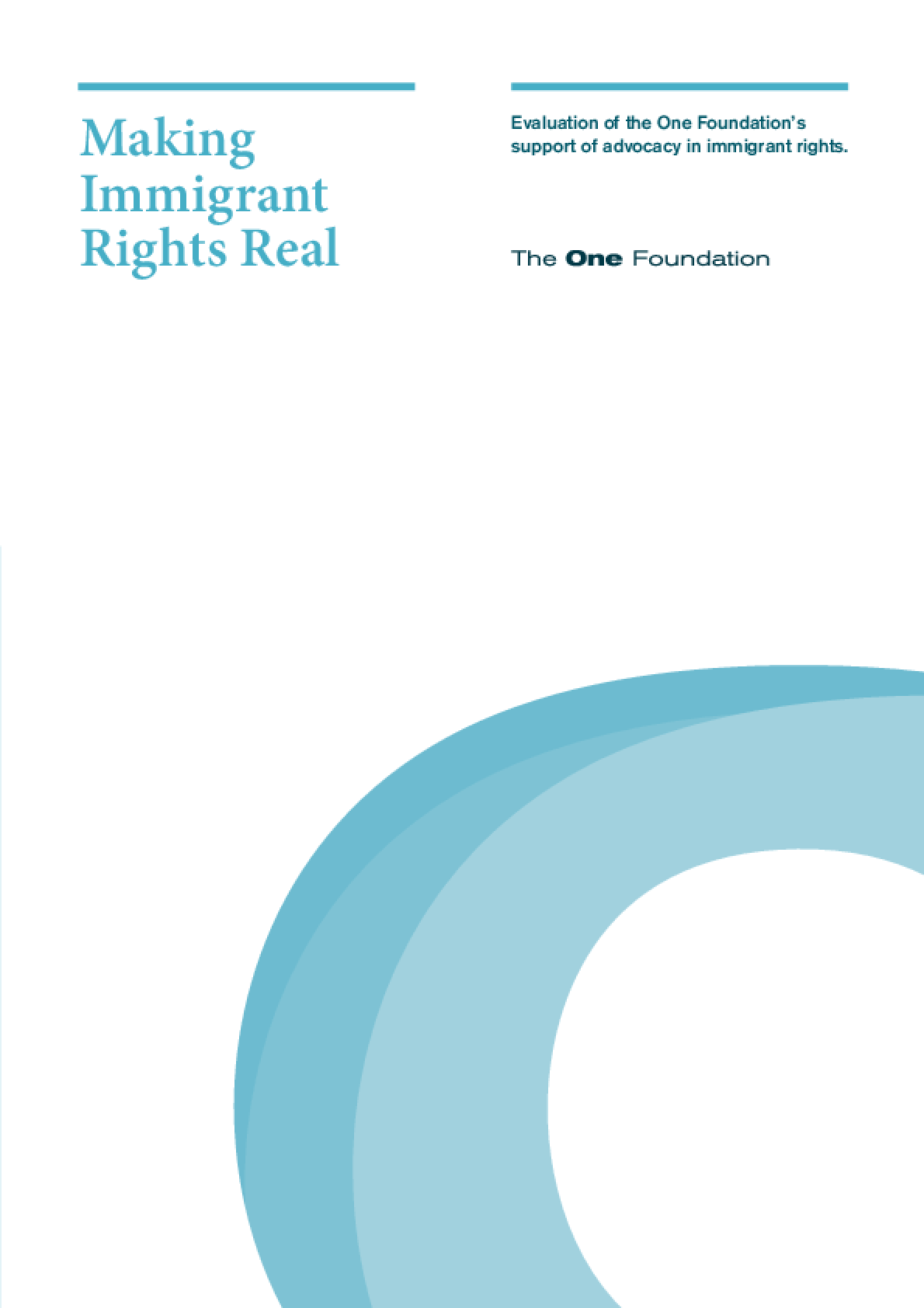